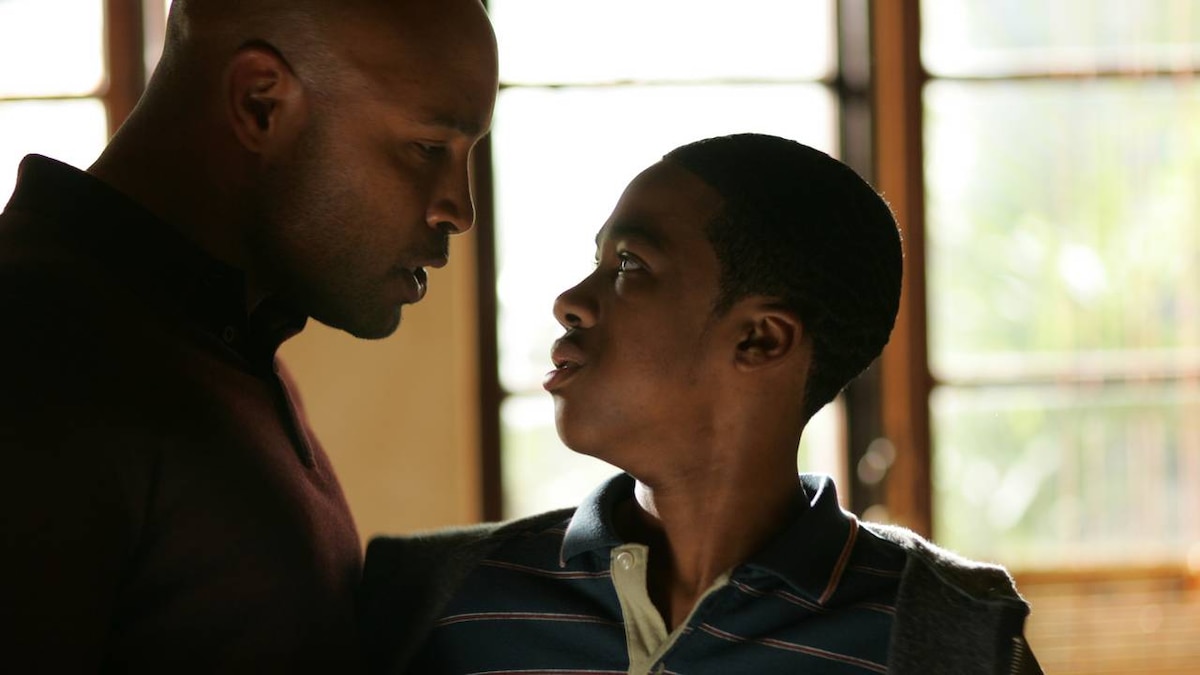 The Rainbow of Her Reasons

Aunt Sarah comes to the funeral home to bury her friend Fiona, the woman who deflowered Nate when he was fifteen. The funeral provides temporary respite for both Brenda and Nate, who have spent the past few weeks suffering Billy's psychotically detailed analysis of his and Claire's recent break-up.

Keith and David fight over the best way to handle their new foster charges, Durrell and Anthony. After only two weeks with the children, Keith is ready to throw in the towel, tired of fighting with the caustic Durrell-while David secretly harbors hopes of permanently adopting the brothers. Things finally come to a head when Keith and David get an assessment visit from a social worker.

Ruth helps George settle into a new apartment all the while planning her escape from the marriage. Sarah's arrival provides Ruth with an excuse to spend a few nights away from George and she revels in the female kinship of Sarah and her high-spirited friends. George remains blissfully unaware of his wife's true intentions until Maggie visits and points out that Ruth's personal affects are conspicuously absent. In the end, George accepts the truth and surprises Ruth by setting her free.

Claire signs up with a temp agency while she awaits word on her application for an art grant. On her first office job, she quickly discovers the stifling corporate environment is a far cry from the world of art. However, when her grant application is rejected, Claire wonders if maybe the art world isn't for her after all.

Vanessa enlists the aid of a live-in nanny to help her manage the stress of running the house on her own. But when the nanny uses poor judgment one too many times, Vanessa fires her and invites a thrilled and surprised Federico to move back in.