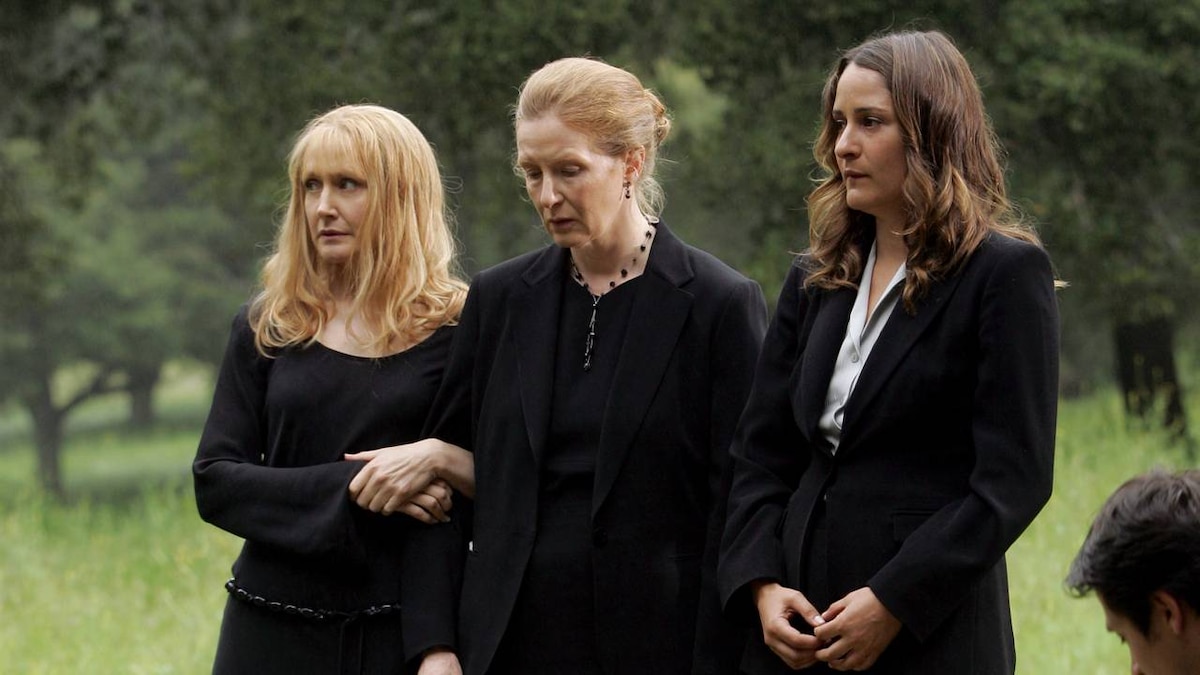 In the hours following Nate's death from a brain hemorrhage, David copes with his pain by planning his brother's funeral. He explains to Brenda and Ruth that Nate wanted a green funeral with no embalming or casket, just burial in a plot of land that's protected by a nature preserve.

Keith prepares Anthony and Durrell for Nate's memorial service but is interrupted by a frantic phone call from Roger. A tweaked-out actor named Trevor is trashing Roger's house and Keith needs to get Trevor out of town immediately. At the airport, Trevor reveals that he's seen footage of Keith and Roger having sex; the tryst between the two men was videotaped without Keith's knowledge. Furious at being betrayed, Keith calls Roger and quits his job.

With Ruth too bereft to take care of herself, Bettina comes to the house to help. When Ruth learns that there will be no preservation or viewing of Nate's body, she becomes even more distraught. She takes the last opportunity to see her son's body by helping David in the prep room as he washes the blood off Nate's scalp.

Maggie comes by Brenda's house with some food and Brenda accuses her of being responsible for Nate's death, asking, "What is this? Some Quaker thing? You f#$@ someone's husband to death and then bring them a quiche?" Brenda also struggles with how to tell Maya about Nate's death. Her mother Margaret is - unsurprisingly - of little comfort. Brenda soon succumbs to her grief and overwhelming anger with her dead husband. She drops Maya off at the funeral home, asking Ruth to baby-sit for a while.

Desperate to escape her misery, Claire asks Ted to take her for a drive and they hit the road with no particular destination in mind. Although she's only known him a short time, Claire feels comfortable crying in front of Ted and wonders aloud why she's only able to recall painful memories of her brother. When she's ready, Ted takes her back home and she arrives just in time for Nate's memorial service to begin.

At the memorial service, David is haunted by images of Jake, the hitchhiker who attacked him. While eulogizing his brother, he suffers a panic attack and has to leave the Slumber Room at once. Federico speaks lovingly of his friend and business partner, and then George surprises everyone with his wisdom and comforting words. Afterwards, Ruth invites George to join the family at Nate's burial in a wooded nature preserve.

At the burial, David suffers another panic attack and seeks shelter in his car. Without his help, Federico, George, and Keith struggle to carry Nate's body out of the hearse. After Ruth helps David overcome his fears, he joins the family by Nate's open grave and Aunt Sarah reads aloud a poem from the Mystic Odes of Rumi.