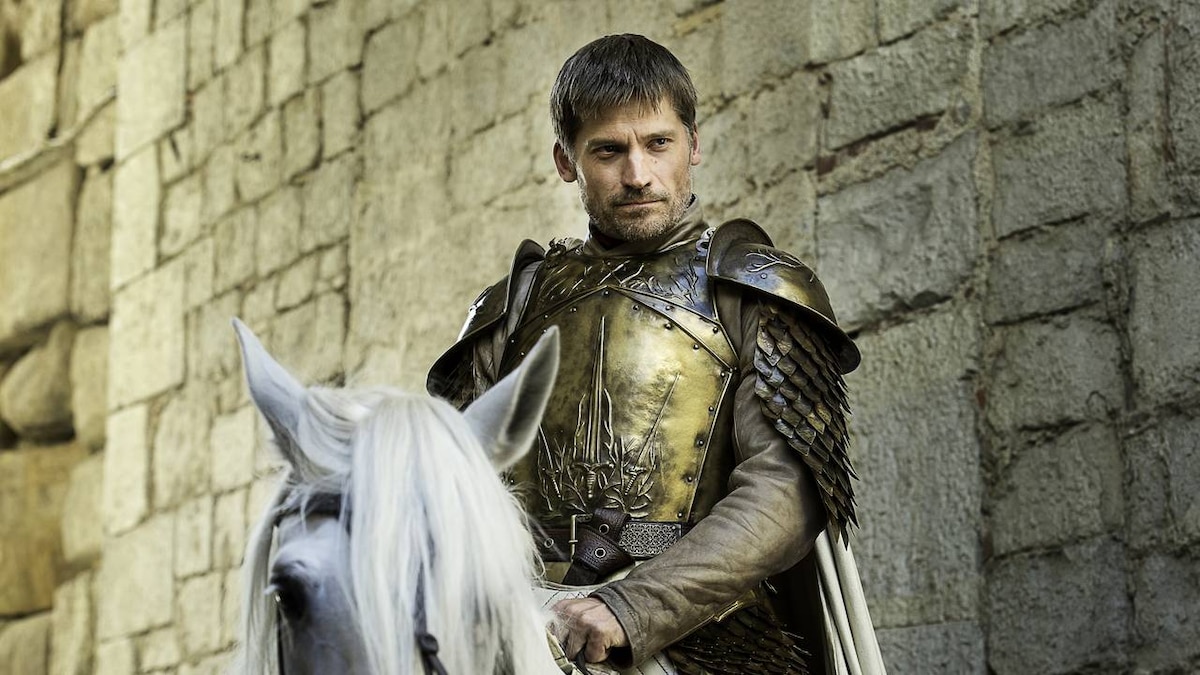 Blood of My Blood

As Meera struggles to pull Bran's sledge through the snow, he cycles through visions of his fall, Ned's execution, Drogon, the Red Wedding, Hardhome, and the Mad King shrieking, "Burn them all." Then Bran's eyes refocus, and he returns to consciousness for the first time since the cave – though strangely changed. "They found us," he matter-of-factly tells the exhausted girl. A group of wights close in for the kill, but a rider appears, swinging a flaming chain-and-scythe. "The dead don't rest," the stranger warns. Effortlessly, he pulls the two onto his horse and takes them to safety.

Meera watches their protector with suspicion. "When I last saw you, you were a boy," the cloaked man says to Bran, and reveals he is Bran's uncle, Benjen Stark. Disfigured and frostbitten, Benjen explains he was almost turned by the White Walkers, but the Children stopped the process by plunging a shard of dragonglass into his heart. He warns Bran he must learn to control the Three-Eyed Raven's power before the Night King comes.

En route to Horn Hill, Sam prepares Gilly to meet his father, and warns her to conceal her wildling origins. Gilly is astonished by the size of the estate and the graciousness of Sam's mother. Sam's sister dresses Gilly up for dinner, stunning Sam. Randyll Tarly is dismissive of his oldest son throughout the meal and outraged when he learns – through a slip of Gilly's – that his dinner guest is a wildling. He points to Heartsbane, the Tarly family sword, and says Sam will never wield it. To please his wife, Randyll agrees Gilly may work in the kitchens and Little Sam (still believed to be Sam's child) will be raised at Horn Hill. Samwell, however, will never be allowed in the castle again.

In Gilly's chambers, Sam bids farewell to her and the baby. "You're not what he thinks you are," Gilly assures him. Reconsidering, Sam decides the maesters will "make do" and find a place for all of them at the Citadel. "We belong together," he says, and leaves with Gilly and Little Sam – though not before taking Heartsbane as his rightful inheritance.

Walder Frey's sons Lothar and ‘Black' Walder abashedly defend their loss of Riverrun to the Blackfish, Brynden Tully: Families are rising against them, and the Brotherhood Without Banners is rallying the commoners. Unsatisfied, Walder orders them to take the castle back from the Blackfish by reminding him they still have Edmure Tully.

The High Sparrow eases King Tommen's concerns about Margaery's Walk of Atonement by suggesting the Gods will "predispose the common people to gentleness" because of the queen's goodness. As the young man considers this, the High Sparrow takes him to see his wife.

Margaery shares with Tommen the truths she has found through the High Sparrow's guidance. The two agree the spiritual leader is not what they expected. She tells her husband not to worry, "The Gods have a plan for us all."

A crowd has gathered for Margaery's walk. Mace Tyrell, accompanied by Jaime Lannister, leads the Tyrell infantry to the steps of the Sept. Jaime demands the return of the Tyrell siblings but the High Sparrow confuses everyone when he says a Walk will not be necessary: "Queen Margaery has already atoned for her sins by bringing another into the true light of the Seven." Tommen emerges, followed by Kingsguard wearing breastplates signifying the union of the Crown and Seven-Pointed-Star. Olenna Tyrell and Jaime watch helplessly as the new alliance is declared.

In the Great Hall, Tommen asserts an attack on the Faith is an attack on the Crown, and strips Jaime of his command. He tells Jaime he will continue to serve as he has always done, but not in King's Landing. An enraged Jaime tells Cersei he has been assigned to deal with the situation in the Riverlands but he'd rather stay and kill the High Sparrow. Cersei calms her partner: It is time for Jaime to take his place at the head of the Lannister army. "We've always been together. We will always be together," she promises.

Arya watches the players reenact King Joffrey's death. Although most of the actors play their roles in farce, Lady Crane performs Cersei's final monologue without histrionics, doing her best with the poor writing. Arya slips into the dressing room and poisons the actress's rum, but is stopped by Lady Crane before she can exit. The thespian solicits Arya's critique, which the girl gives before hurrying out. Izembaro, the lead actor and playwright, gets angry at Lady Crane for insulting his work, but the actress merely turns to her rum. As Lady Crane is about to drink, Arya reappears to swat the glass out of her hands, and gives a pointed warning about Bianca. Unbeknownst to Arya, the Waif has witnessed this intervention, and reports back to Jaqen. The Faceless Man permits the Waif to handle the situation with one request: "Don't let her suffer."

By the Braavosi canal, Arya retrieves her sword, Needle, from its hiding place, and does not return to the House of Black and White.

Riding at the head of the Dothraki horde, Daario estimates Daenerys will need at least a thousand ships to bring her army to Westeros. He asks what is next after the Iron Throne: "You weren't made to sit on a chair in a palace." The queen rides off, but returns soon on the back of Drogon. "Every khal who ever lived chose three blood riders to fight beside him," she declares. "I am not a khal… I choose you all." The enormous khalasar roars, pledging to deliver her the Seven Kingdoms. Daario is awed – and also terrified. 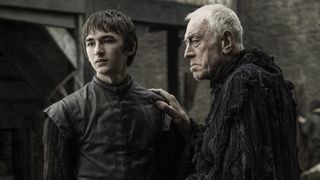 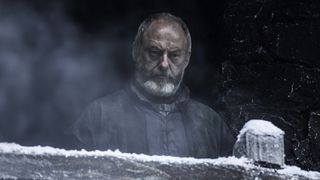 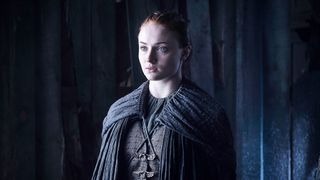 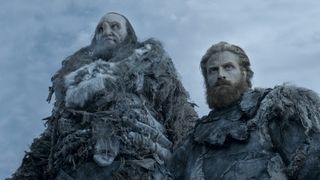