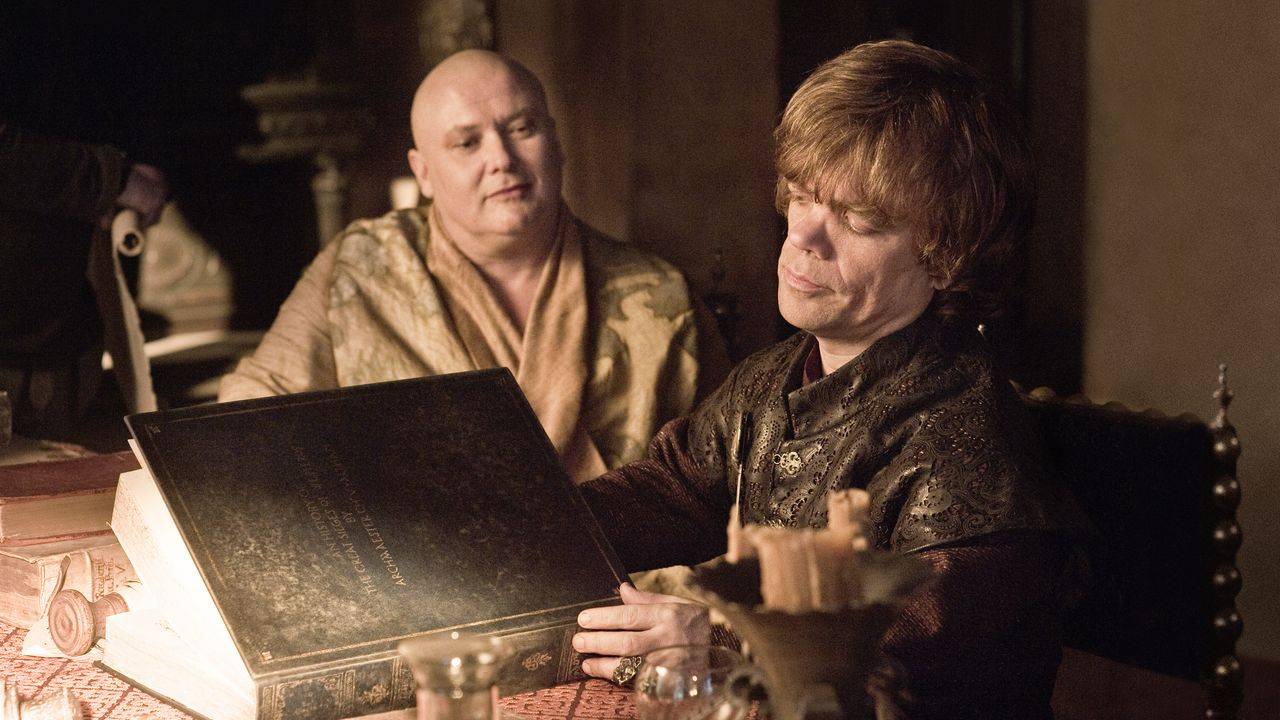 The Prince of Winterfell

Theon Greyjoy welcomes his sister, Yara, to Winterfell. Expecting praise, he becomes defensive when she criticizes his decision to execute the Stark boys for running away. Theon is further shocked when she tells him their father, Lord Balon, wants him home. When he refuses to give up the castle, Yara reminds Theon that Robb Stark will have his head. "Come home with me," she urges her defiant little brother.

Ygritte hands off Jon Snow to the Lord of Bones, known to the men of the Watch as Rattleshirt because of his skeletal armor. With Qhorin Halfhand already his prisoner, Rattleshirt prepares to kill Jon, but Ygritte argues convincingly that Mance Rayder will be interested in Ned Stark's bastard. When Rattleshirt yields, Ygritte tells Jon they are even. Spared his own life, Jon is devastated to learn that the men in Qhorin's group were killed by wildlings. "See that it wasn't for nothing," says Qhorin. As the two march on, Qhorin begins arguing with Jon.

Elsewhere in the Frostfangs, Dolorous Edd, Grenn and Samwell Tarly dig trenches. Edd reasons that since Jon went off with the Halfhand and neither has been seen since, they're both dead, but Sam refuses to believe it. As they dig, Grenn uncovers an ancient cache of dragonglass buried by their Night's Watch forebears.

King Robb Stark, newly returned from the Crag with Lady Talisa Maegyr, explains to her the circumstances of his engagement: He promised to marry a Frey girl to gain access to a bridge that would allow him to march south and hopefully, save his father. Although he was taught by Ned Stark to rule benevolently, Robb is steadfast that the war must continue: Until the Lannisters are dead, his family will never be safe. Their walk is interrupted with news-Ser Jaime Lannister has escaped, with the help of Lady Catelyn Stark. Robb marches into his mother's tent with Lord Rickard Karstark in disbelief, but Catelyn does not deny her actions. Furious, Robb immediately sends more men to get the Kingslayer back.

Brienne of Tarth travels with a shackled Jaime through the back roads to King's Landing. Jaime tries to goad his captor into showing him her sword skills, but she ignores him.

With Stannis Baratheon en route to King's Landing, Ser Kevan Lannister advocates that the royal family withdraw. Lord Tywin refuses to let the family retreat, aware of the message it will send. Ser Kevan tells his brother that the Greyjoys have done them a favor by taking Winterfell-Robb has already sent men to reclaim the castle. Lord Tywin opts to surprise Robb's reduced forces that night and leaves Ser Gregor Clegane in charge of Harrenhal, cautioning Arya to watch his drinking. With no time to spare, Arya searches the grounds unsuccessfully for Jaqen H'ghar. When Jaqen finally appears, she asks him how long it will take him to kill a man. "Death is certain. The time is not," he tells her. Unsatisfied, she names Jaqen H'ghar as her third victim. Shocked, Jaqen demands she unname him, but Arya says in exchange, he must help her and her friends escape Harrenhal. With Hot Pie and Gendry in tow that night, Arya musters up the courage to walk toward the gate and realizes that the men guarding it are already dead.

Tyrion pores over books in search of a strategy to use against Stannis, bickering irritably with Bronn until Varys enters. Although Varys compliments Bronn for the way the Gold Cloaks have reduced the incidents of thievery in the city, Tyrion is unhappy with Bronn's brutal methods. Assessing the maps of the city, Tyrion predicts Stannis will land and head for the weakest nearby gate: Mud Gate. Short of men, the Hand realizes he can only stop the would-be king with the one thing they have in surplus: pig sh*t.

At supper, Cersei attacks Tyrion for trying to put King Joffrey on the battlefield and then surprises him: She has his whore. When Ros is ushered into the room, Tyrion tells her to be brave. Ros does not betray Tyrion but asks him not to forget her. Although relieved it is not Shae in custody, Tyrion promises his sister he will have his revenge. He hurries to Shae to confirm that she is safe but is still unnerved by the danger she is in. "I'm yours. And you are mine," she reminds him.

With no news from Winterfell, Robb tells Roose Bolton to let his bastard know: He wants mercy for any Ironborn who surrenders- with the exception of Theon. Talisa comes to check on Robb, who takes his mind off of things by asking how she came to be a doctor. Talisa recounts how she saw a slave bring her brother back to life after he drowned. Smitten, Robb admits he doesn't want to marry a Frey, and he and Talisa fall into each other's arms.

Sailing for King's Landing, Stannis compliments Davos for embracing his smuggler's past and taking the onion for his sigil despite the mocking of his high-born counterparts. Stannis complains that those high-born men were quick to forget him during the Siege of Storm's End, leaving him with only 500 men to hold the castle and barely any supplies. If it hadn't been for Davos and his ship full of onions, they would surely have starved. Stannis resents his brother Robert and Ned Stark for stealing all the glory during the rebellion; furthermore, Robert rewarded Renly with Storm's End. Insistent that he is now the rightful king, Stannis names Davos his Hand.

With much bravado, Joffrey insists that it's time for them to strike against the Stark forces, but Tyrion and Varys feel that Stannis's arrival is a more pressing concern. Alone, Varys assures Tyrion he has proven a surprisingly capable Hand-better than his more honorable predecessors. He confides that he has had word from Qarth: Daenerys Targaryen lives and she is raising dragons. Already overwhelmed, Tyrion says they will have to take things one game at a time.

In Qarth, Jorah Mormont tells Daenerys that he has secured a ship to take them to Astapor. Dany refuses to leave her dragons behind and insists that if Jorah truly wants to serve, he will take her to the House of the Undying. Although Jorah fears a trap, Dany reminds him that her own magic is quite powerful.

Theon tells Dagmer to cut down the bodies and tries to give Dagmer money to compensate the farmer. Dagmer assures him that the farmer and his wife no longer have any worries. Passing through the courtyard, Maester Luwin spots Osha heading for the crypts. Meeting with her later, Luwin learns the boys are alive, but tells her they must never know what happened to the orphans. Nearby, Bran listens while Rickon and Hodor sleep. 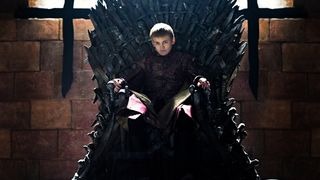 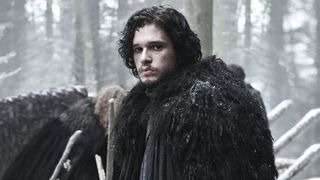 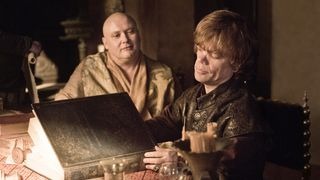 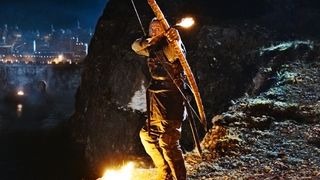 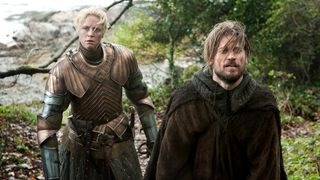