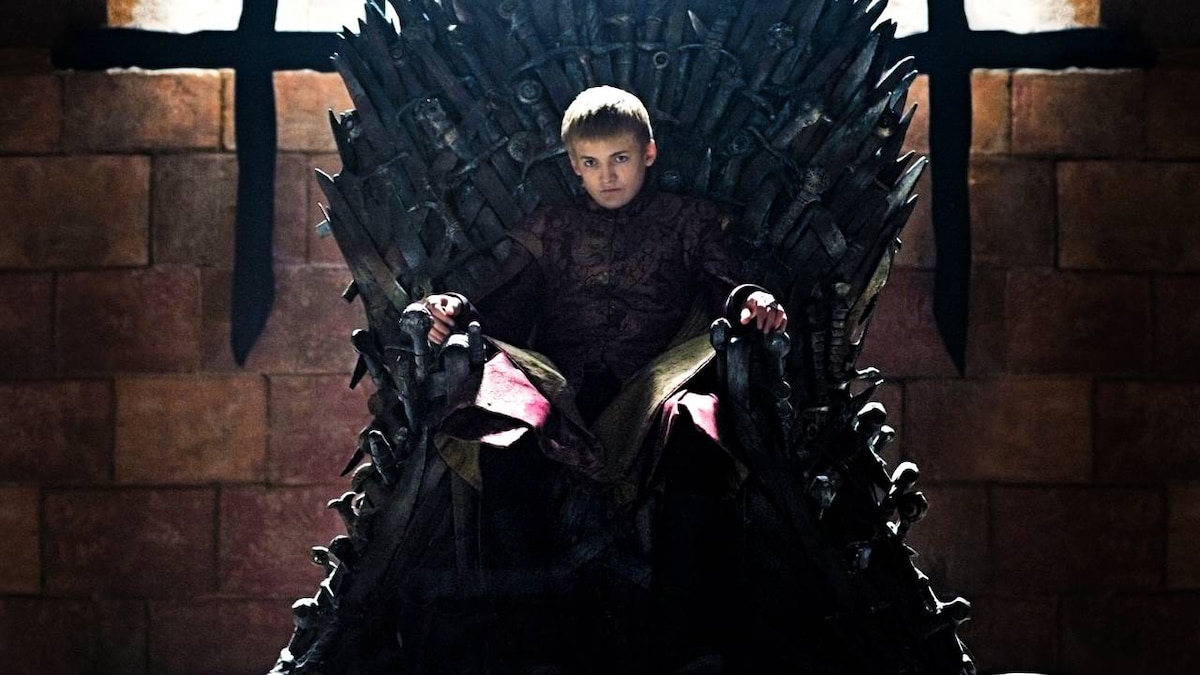 King Joffrey Baratheon celebrates his nameday in King's Landing by ordering his knights to fight to the death for his entertainment. Sandor "The Hound" Clegane makes short work of his opponent, but when the next fighter, Ser Dontos Hollard, takes to the field drunk, Joffrey demands that he be drowned in wine. Sansa manages to save the man's life by suggesting Joffrey take him on as a court fool, but then the festivities are interrupted by the arrival of Tyrion Lannister.

After greeting his newly crowned nephew, the dwarf heads straight to a meeting of the Small Council, where he presents a scroll declaring him acting Hand of the King in the absence of his father, Lord Tywin Lannister. His sister and queen regent, Cersei Baratheon, is furious and orders the council members from the room so she can talk to her brother. Tyrion rebukes her for allowing Joffrey to execute Lord Ned Stark and then losing his daughter Arya Stark. "It must be odd for you," he tells her, "to be the disappointing child."

As the oldest Stark at Winterfell, Bran assumes the responsibility of ruling the family seat, listening to the many requests of his bannermen as Masester Luwin advises him. Bran is distracted, however, by a dream he had of walking through the Godswood in his direwolf's body. Beneath a red comet looming in the sky, Bran, Hodor and Osha retrace the steps he took in his dream and discuss the falling star's portent. "A red comet means one thing, boy," Osha says. "Dragons."

A world away, across the Narrow Sea, Daenerys Targaryen and her fledgling dragons cross a vast desert known as the Red Waste. Running short of food and water, Daenerys watches as her people starve and her horse Silver collapses. As a last hope, she sends her three best riders off in different directions to search for civilization.

The men of the Night's Watch march north beyond the Wall, stopping at the keep of a wildling named Craster to enjoy what little shelter is available in the far north. The man's home is overrun with women - he's married all his daughters, who in turn have given him more daughters. Jon wonders to his friends, "What does he do with his sons?" Commander Jeor Mormont sits down to hold court with Craster, offering him steel and wine in exchange for his roof. But Jon loses his temper and speaks out of turn when Craster calls them "southerners." Angry, Mormont chastises his young steward, asking, "Do you want to lead? Then learn how to follow."

On the island of Dragonstone, ruled by Lord Stannis Baratheon, the red priestess Melisandre leads a bonfire. The island's inhabitants gather on the beach as the idols they've worshipped their entire lives - the seven aspects of one god - blaze in the night. The house maester, an old man named Cressen, tries to convince Stannis' adviser Davos Seaworth that Melisandre will bring ruin to their lord. But Stannis believes the Iron Throne is his by rights, and he thinks Melisandre will deliver him the power with which to seize it. Cressen goes so far as to try and poison Melisandre, drinking from the cup first to earn her trust. But while Cressen convulses and dies, the strange priestess remains untouched.

At his war camp in the Westerlands, Lord Robb Stark meets with his prisoner, Ser Jaime Lannister. He makes it clear that he knows Jaime is Joffrey's true father and that the Lannisters killed Ned and tried to kill Bran to protect the secret. Jaime responds with his own verbal jabs, but the Stark boy's direwolf inspires a fear that not even Jaime can hide.

Robb leaves Jaime and joins his bannermen, giving his peace terms to Ser Alton Lannister to carry to King's Landing. Robb knows that the king won't agree to any of his demands, but he capitalizes on one more opportunity to invite his enemy's underestimations.

After the meeting, Theon Greyjoy tells Robb that the war won't end until they have the ships to take King's Landing - ships that his father, Balon Grejoy, could provide. When Robb tells his mother that he's sending Theon to the Iron Islands with the proposal, she balks: "He's not trustworthy. Your father had to go to war to end his rebellion." She wants Robb to trade Jaime Lannister for his sisters, but the situation is far more complicated than that - and they both know it. Instead, Robb tells her to ride south to negotiate with Renly Baratheon to join forces against Joffrey.

Cersei approaches Joffrey as he has his throne room redecorated, asking him to send men to find Arya Stark so they can trade her and her sister Sansa for Jaime's freedom. Joffrey is suspicious of her interest in his uncle - he, too, has heard the rumors of his true parentage - and he knows that King Robert Baratheon had other children outside his marriage with Cersei. "I'm asking," Joffrey says, "if he f**ked other women once he grew tired of you?" Without thinking, Cersei slaps him across his face, immediately realizing the mistake she's made. The act is punishable by death, Joffrey tells her: "You'll never do it again."

Later, at Littlefinger's brothel in King's Landing, some gold cloaks force their way into the room and rip a baby from the arms of its mother. As she screams, the City Watch commander himself, Janos Slynt, kills the infant - one of many of Robert's bastards that the gold cloaks murder. At the smithy of Tobho Mott, the guards hold his face inches above his forge fire, demanding to know where the man known as Gendry ran off to. Mott reveals that he joined the Night's Watch, and rode toward the Wall. Leagues to the north, along the King's Road, the young man travels toward Castle Black, along with a disguised Arya Stark.