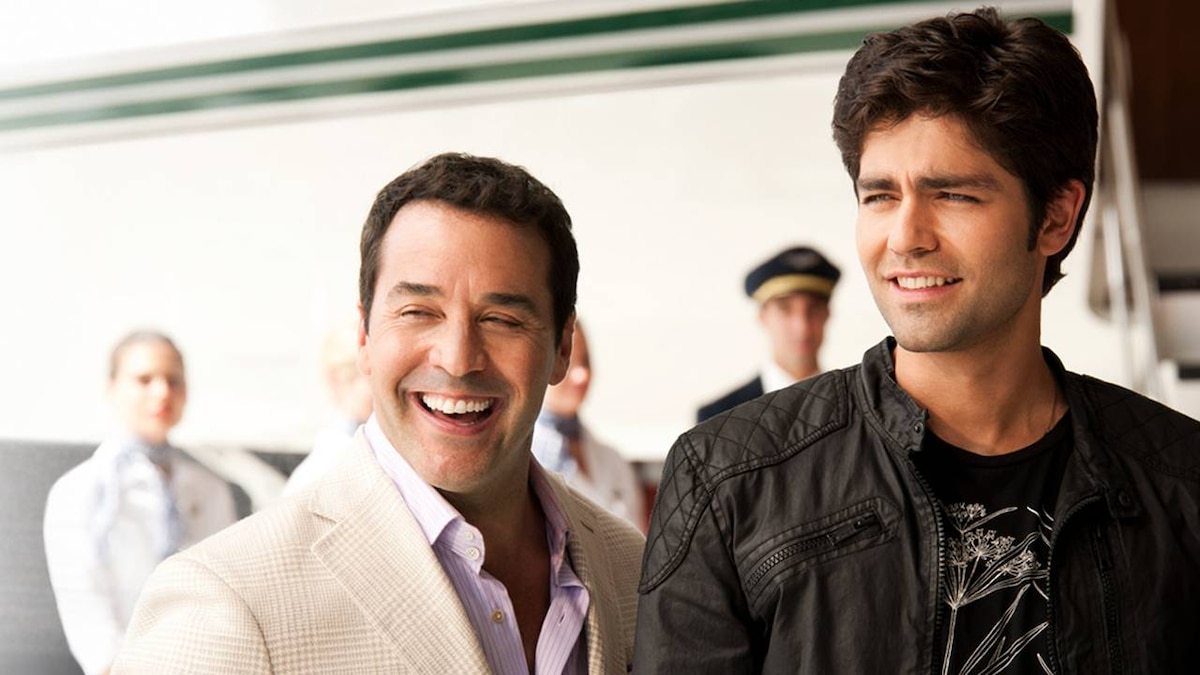 Vince returns home from his date with Sofia and breaks big news to Drama, Billy and Turtle: He's getting married. They're off to Paris that night and everyone's invited. Not to be trumped, the three tell him Sloan is pregnant.

Unkempt and despondent, Ari greets a quartet of football coaches he brought in for a motivational speech. He's caught off-guard again when Mrs. Ari arrives to discuss telling their kids about their divorce. Ari agrees to see Dr. Marcus with her to decide how.

Vince finds Eric packing to leave for New York. With no parental rights, E says his only choice is to follow Sloan and figure it out once he's there. Vince offers to talk to her, but E bars him from helping – a man getting married after only 24 hours of dating is not the best person to give advice.

Drama and Turtle try to talk Sloan into flying to Paris for Vince's wedding. Suspecting it's a ruse, Sloan says no, but Drama and Turtle insist that she's a member of the family. Still uncertain, Sloan asks if E slept with Melinda, and Drama, swearing on his career, says no.
Later, when Turtle quizzes Drama, Drama explains he had his balls crossed so his answer didn't count as a lie.

Dr. Marcus advises showing a united front for the children, but Ari resists since the divorce isn't his idea. During the session, Ari and Mrs. Ari find out they're both single. When Dr. Marcus asks if this gives them a chance to work on their marriage, Mrs. Ari says no, she's tired of being ignored; she's telling the kids about the divorce.

Vince runs into stylist Rachel Zoe while ring shopping and purchases a $1.45 million, 6.45-carat ring she suggests. While on a call with Sloan's father to lobby for Eric, he accidentally lets slip that Sloan is pregnant. At lunch, Eric finds out that the sudden flurry of nasty texts from Sloan – and the threatening call from Terrence are Vince's fault. Resigned, E tells the guys to forget it; their focus should be on the wedding.

Ari calls Sarah and finds out that even his daughter thinks he doesn't listen: She gave him a demo months ago that some of her friends recorded and he has yet to listen to it. Chastened, Ari has Lloyd play the CD, and instantly moved, he quits on the spot. Barbara Miller watches in astonishment as he walks out the door to the swell of opera music.

Vince tries to repair things with Sloan by explaining his feelings for Sophia are what he now understands E always felt for Sloan. Whether or not Eric slept with Melinda, E is Sloan's family now. Nothing else matters.

Ari rushes home and asks his wife to move to Florence like they planned to years ago. Mrs. Ari rejects the idea; she knows he'd be on the phone the whole time. Ari surprises her with the news he quit his job. Sarah's friends serenade the happy couple, but Lloyd interrupts, furious that he wasn't given any notice Ari was leaving. "You will always be the gay son I never had," Ari insists and instructs him to sign the opera singers as his first clients. Lloyd shares bigger news: Vince is getting married in Paris and E is expecting.

As the guys prepare to fly off, Ari and Mrs. Ari rush to the airport to join them. Vince stops E from boarding. There's another plane – with Sloan – ready to go anywhere in the world.

In Italy, Ari's poolside lounging is interrupted when John Ellis calls with an offer. He's ready to retire —and he wants Ari to take over as CEO and chair. "If you really want to know what heaven is, try being God," he says. When Mrs. Ari joins him, Ari lies about the call.