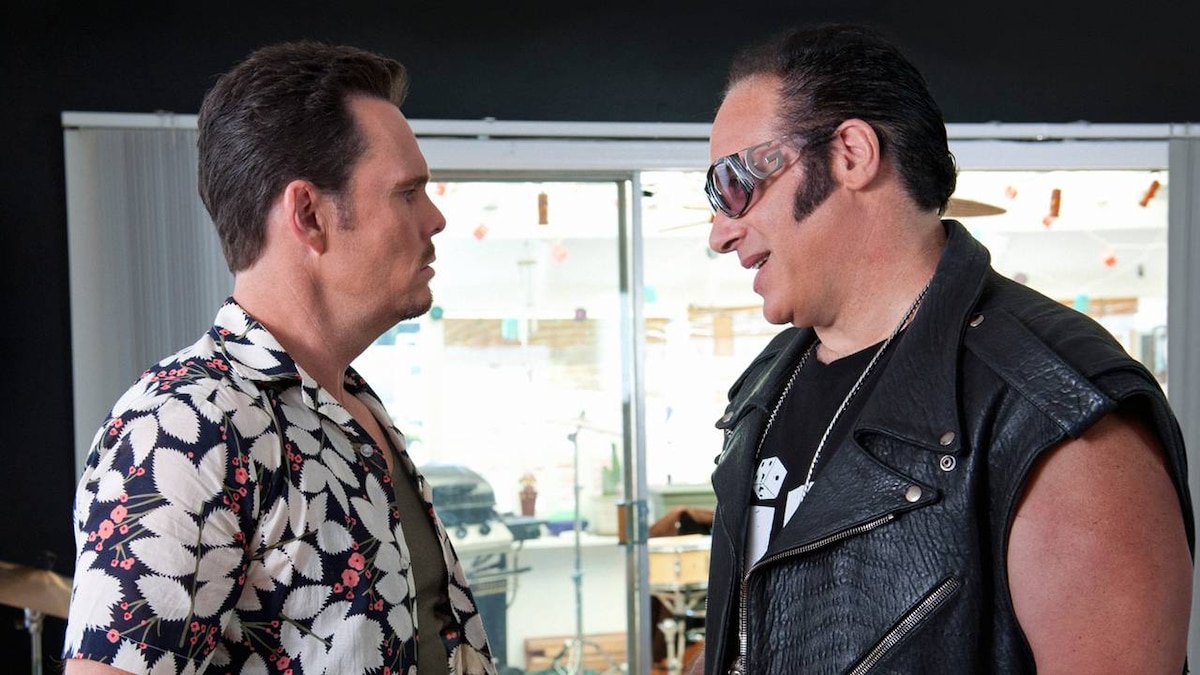 Although initially confident, Vince flips when he reads Sophia's story and finds out she thinks he's a womanizer. Shauna tells him to focus on the good bits, but Vince can't imagine his mother reading what Sofia has written. Shauna learns Vanity Fair wants to make Vince's story the cover, ruling out any possibility of . Vince storms out of his photo shoot to confront Sophia in person: "They don't want an accurate article, why do they need an accurate photo?"

Turtle flies in the Don Pepe team from New York, sparing no expense. He promises Jon and Gina he's serious about making the restaurant a success in Los but is thrown when they're more interested in celebrity spotting.

Concerned about keeping things civil, Ari tells his lawyer he's willing to give his wife anything she wants, only to discover she's entitled to half his earnings for life and the $11 million she invested into the agency. When Ari asks Barbara Miller if he can borrow the $11 million from the company, she turns him down. "You probably have that much in your Depends," he argues. Babs finally agrees to write him a check in exchange for a majority stake in the company.

Eric avoids Melinda's phone calls, even though she's booked on a J.J. Abrams show. When a $300,000 Mercedes SLS arrives at the office with a ribbon on it, he is unable to dodge her further. Melinda tells Eric the car was for the series, not for the sex. Sensing Eric is concerned about Sloan, she scolds, "I can't believe I didn't f*ck you good enough to make you forget about Sloan." They are interrupted by Johnny Galecki who reveals he had dinner with Sloan the night before. Galecki tells Eric he thought Sloan was being paranoid about Eric and Melinda, but seeing them together, he thinks differently now. E tracks down Scott and tells him to fire Johnny Galecki or he'll quit.

Billy Walsh calls to rage about the financial repercussions of Drama's strike, but Drama tries to calm him down. Drama, already panicked that paychecks have been frozen, gets more bad news: The network is preparing to shut down the show. Lloyd advises Johnny to return to work unless he feels that Dice is worth losing his best job in decades.

Vince ambushes Sofia at lunch and accuses her of misunderstanding him. Although he works hard to change her mind, Sofia points out the piece has already gone to bed, and furthermore, there's no point worrying about her opinion - she's just a journalist he'll never see again. "Learn to restrain yourself," she advises. Vince revisits girlfriends past to get a second opinion.

Mrs. Ari flirts with Bobby Flay in her but stops short of going further, telling him she's not ready. Ari surprises her at the house and she tries to get rid of him, but her husband smells the aromas of Flay's cooking and realizes he is in the house. Completely broken, Ari tells Melissa that although he never hid who he was, she clearly has.

continues to waver when Phil calls with news that he will personally bury the miner TV movie unless Drama returns to work. Although filled with anxiety, Drama holds strong-and Dice gets the call that the network has yielded.