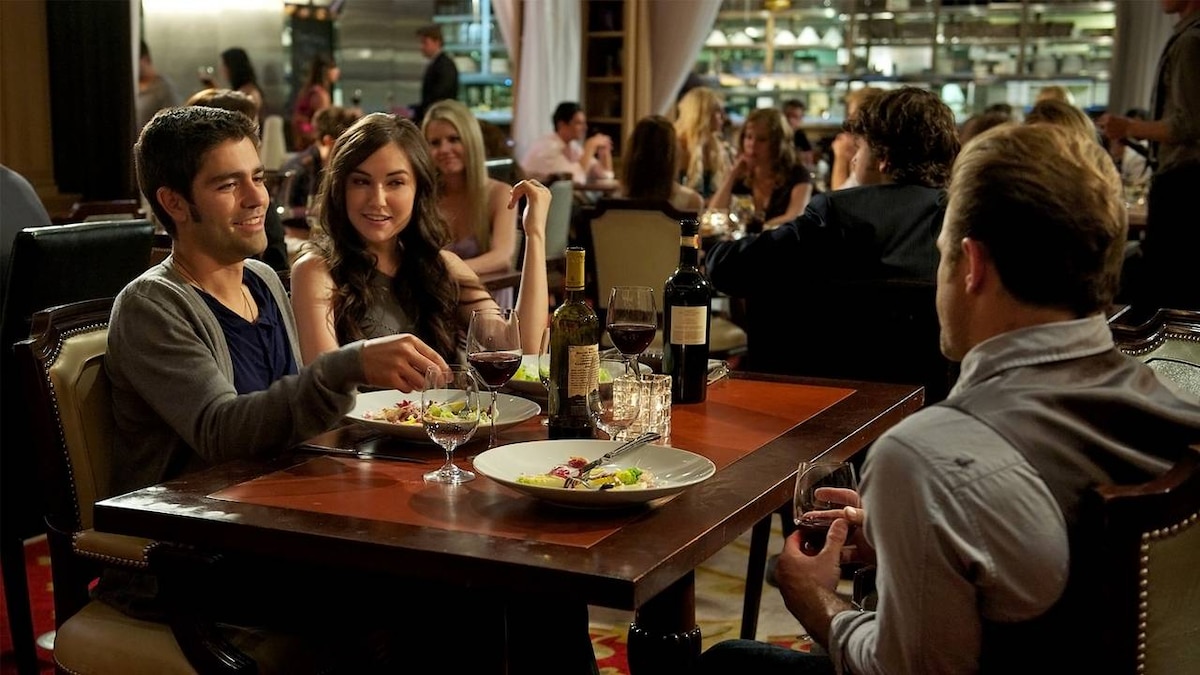 When Vince learns one of the guys Sasha will be gang-banging is her former fiancé, he pushes Eric to get her a part in 'Air-Walker.' They fight over E's hesitance and whether Vince is high. E continues to give Scott the cold shoulder at work.

Out bowling with his family, Ari refuses to talk to Amanda Daniels, even though she keeps calling. Later, Queen Latifah breaks the news to him that Amanda Daniels is bringing an NFL team to L.A.

Turtle receives a call from a furious Carlos: Why is Mark Cuban interested in Avión? Carlos, already en route to see Turtle, demands he quit talking tequila until then. With Cuban also headed to L.A. Turtle decides the two should meet.

Drama strikes up a friendship with E's assistant Jenny, who persuades him to hear out Phil Yagoda on the 'Johnny's Bananas' idea.

Peter Berg, the new director of 'Air-Walker,' tells Vince and E he doesn't care about any of the rumors -- he just wants to make the movie. Vince then asks Berg for a part for Sasha, and Berg agrees she can have a small role, one with sequel potential.

Carlos arrives at the mansion and finds Mark Cuban's team in attendance as well. Feeling ambushed, he lays out his terms for expansion: $5 million with no restrictions. Cuban threatens to purchase the company outright. Carlos reveals to Turtle that since he has an older brother who would love to sell the company, Avión is lost.

Drama again turns to Jenny when he starts feeling nervous about meeting with Phil. Soothed, he tells Phil he's in and leaves immediately, unaware of the elaborate song and dance Phil has prepared for him in a conference room.

Ari and Mrs. Ari enjoy a phone-free dinner in the same restaurant as Vince, Sasha and also, Amanda Daniels. Ari tries to call her from the bathroom, where he has had Jake hide a cell phone. An enormous scene erupts when Amanda approaches to finish their conversation and Ari threatens to destroy her.

Amanda counters that it was a disgruntled ex-assistant who released the tapes and that she had called to bring him in on the NFL deal, an offer no longer on the table. Ari leaves alone as Mrs. Ari tries to overcome her humiliation.

Vince tells Sasha he has a part for her in 'Air-Walkers,' so now she can turn down the other role… and he loves her. Sasha responds it sounds more like he's trying to control her. The two argue in the hallway, and then have sex in the bathroom.