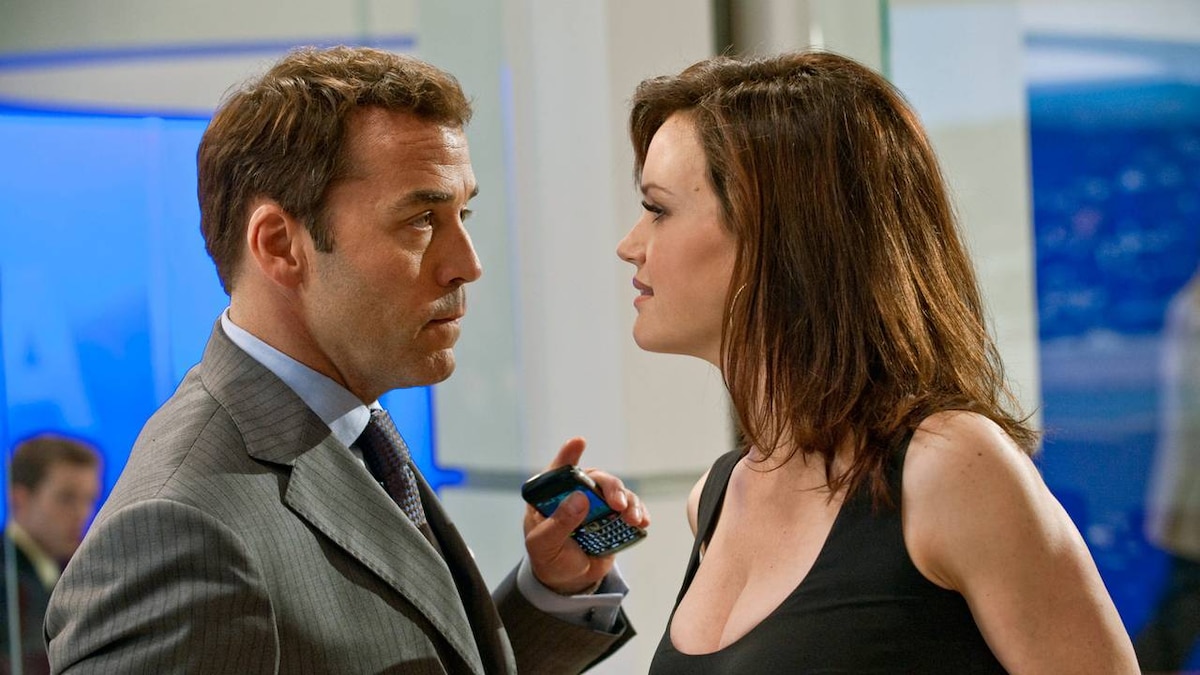 Ari and Barbara Miller consult with a lawyer who thinks they should settle with Lizzie. To preserve the NFL deal, Ari decides to make nice with Amanda Daniels himself.

Eric and Scott celebrate Vince's 'Air-Walker' offer: $12 million plus back-end. Dodging Billy Walsh's calls, he and Scott head to Ari's office to discuss the details – and to gloat the deal was made without him.

Turtle confides to Vince and Drama he failed to dazzle Alex the night before. Hesitating, he explains he was surprised by her personal grooming: "It was completely bald and I freaked." Drama points out that everyone is going smooth and if Turtle wants to impress, he should take care of his own manscaping.
E and Scott show up at Ari's and find him stewing. And because he's been distracted, it's the first he's hearing about 'Air Walker.' Amanda Daniels arrives to directly confront Ari. She refuses to back down: not only did Lizzie keep a journal, she has recordings of Ari.
Turtle and Alex meet for an awkward lunch and he begs for another shot. A clean-shaven Billy Walsh arrives at the mansion to ask E for help getting his career back.

Scott tells E that the two of them are doing all the work for men like Murray and Ari, and he's tired of it. His tirade is interrupted by call from Shauna: Vince keeps tweeting about tequila and there are racy videos of him and Sasha online.

Ari follows Lizzie to lunch and she tells him since she wants to make her money legitimately, she has no plans to sue, but the tapes will be posted on Deadline Hollywood. As Ari worries about the fallout, Mrs. Ari stops by and says she's feeling neglected. Ari promises to take her to dinner after attending to business: the studio is unconvinced about Vince.

E shows up to talk to Vince about his tweets. He is surprised to see Billy at the mansion, but Billy insists he's ready for a fresh start. He even has an idea for Drama: With that face and voice, he's better suited for animation.

Alex and Turtle successfully have sex. Alex tells Turtle she thought the problem was that he was a virgin. Turtle confesses he was startled by what he saw and Alex teases him for going bald too.

Ari stops by the mansion to talk to Vince about the studio's concerns. He gets Eric's assurance that Vince isn't serious about Sasha, but they can't talk to him -- he's passed out, naked, by the pool.