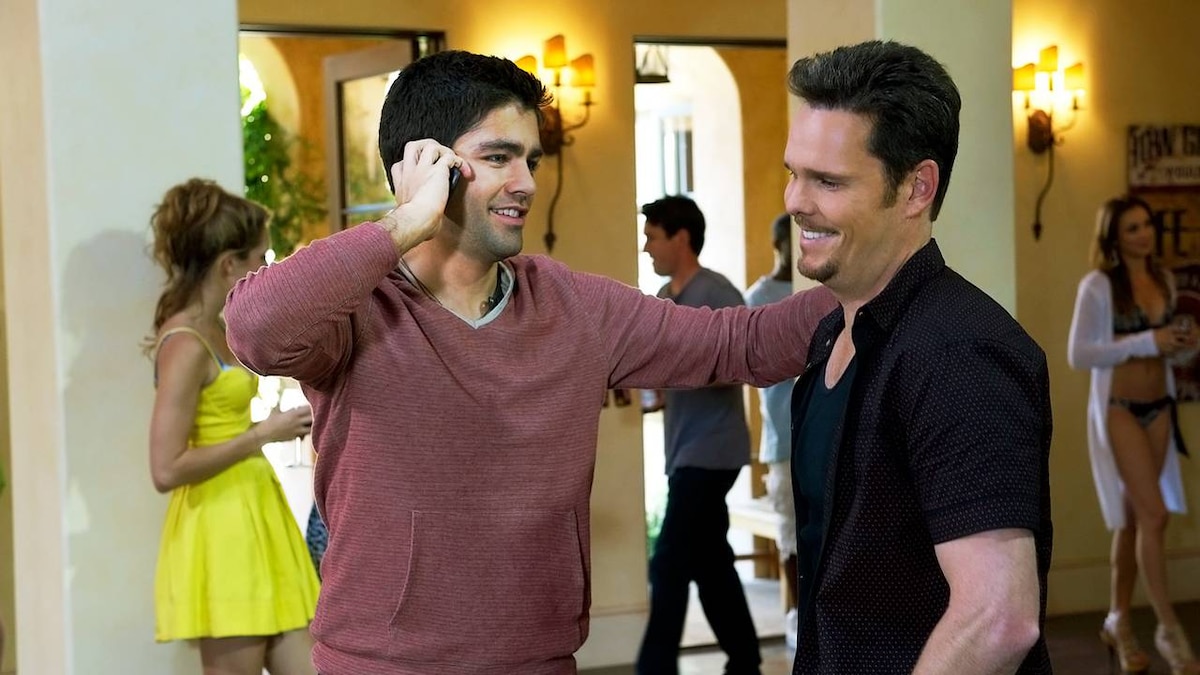 Still angry about seeing Ari with Lizzie Grant, Mrs. Ari gives him the cold shoulder at breakfast: "The slut that ruined your best friend's marriage and career is still working in your office."

Vince shows off his new motorcycle to Scott, who has no time to try it out. He has to go to an auction for Murray, who is away, again.
Drama and Eric meet with Roger Jay, an Emmy-award winning writer. Drama is surprised to learn that Roger's career peaked in and that his pitch, about two brothers working at the Four Seasons Maui, is a comedy.

Marvin the accountant tells Turtle his business is losing thousands of dollars each month and advises him to find a new line of work. When Turtle tries to cut salaries, all of his girls quit.

To squash rumors that he's leaving, Ari calls a staff meeting and announces he's bringing a football team to LA. He reminds everyone that the NFL reputation is "prestigious" so they should watch what they say. Lizzie lobbies for Andrew Klein's job but Ari says no.

At the auction with Scott, Vince spots a $250,000 dinosaur head. The pair runs into Randall Wallace who tells Vince he has a project with Stan Lee that would be perfect for him.

Drama is persuaded by Eric that he is funny... but worries whether they can find someone to play his better-looking brother.

Barbara Miller warns Ari Lizzie has threatened to leave if she's not promoted. She argues that Lizzie is worth keeping, but Ari thinks the threat is a bluff. When Lizzie does quit, Ari uses the news to win back his wife, promising her Lizzie is no longer working at TMA.

Alex calls to complain her check has bounced. Turtle tells her to stop by and he'll give her cash. Financially strapped herself, she offers to introduce Turtle to a friend in Mexico who can help them both make money.

Phil Yagoda gets John Stamos interested in playing Drama's brother - they just need to meet. Drama calls Eric with the good news, and Vince tells him to join the party taking place at the mansion. Eric gets Sloan's okay to leave their quiet dinner at home to head to the party - he's worried that Scott has introduced Vince to Randall Wallace. Once there, Eric gets into a shoving match with Scott and breaks Vince's new dinosaur head.