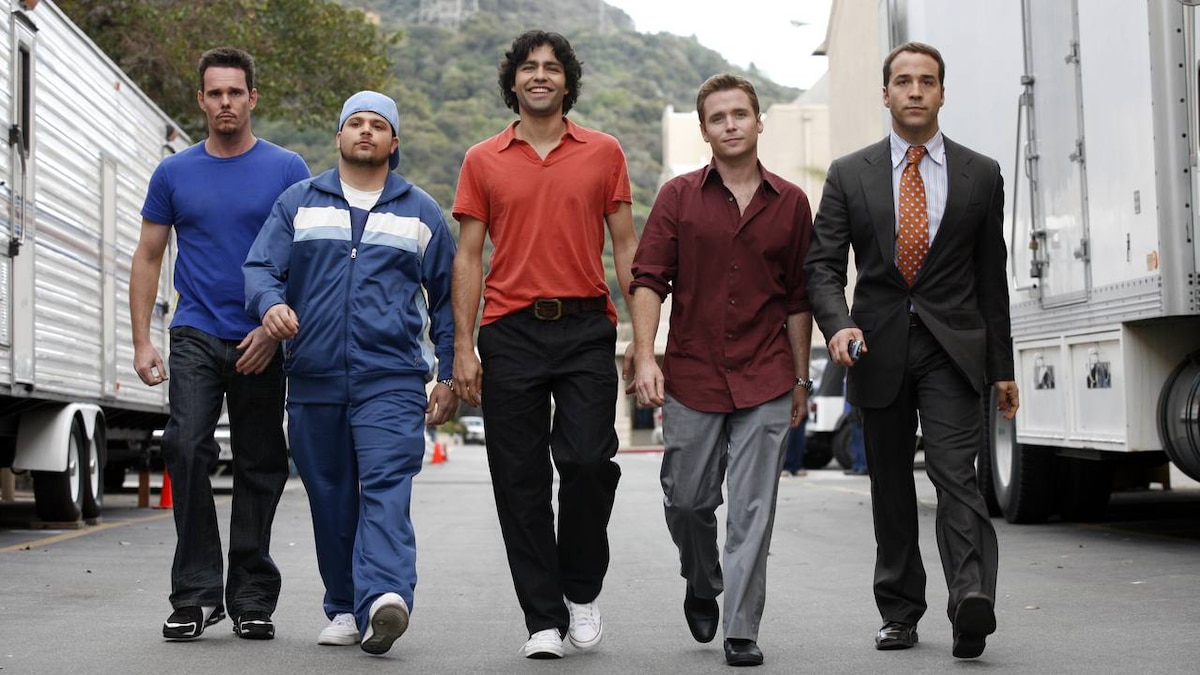 With help from Ari and Eric, Vince puts the heat on the studio to delay "Aquaman 2" so he can film his dream project, "Medellin." They manage to buy a 65-day window, but "Medellin" director Paul Haggis can't see himself chopping his script or trimming the shooting schedule. Eric comes up with a solution, convincing the director to shoot part of the script after Aquaman, and everyone's happy. Vince sets up a meeting with the head of Warner Brothers to tell him the good news.

Meanwhile, Ari is still preoccupied with his daughter's burgeoning romance with Max. He undermines one of his own kid clients, recommending Max to Penny Marshall as the lead for her tween terror film shooting in Kazakhstan. Turtle requests a sit down with Ari when Saigon starts getting heavy play on the radio and the calls from labels come rolling in. When Drama calls "shotgun" on Turtle's lunch with Ari, he finally gets Mr. Gold Standard to agree to represent him.

They're all in for a surprise when Vince meets with the studio head, who has changed his mind on "Medellin" -- he can't have Aquaman "doing three hours of blow on every multiplex in the country." Beside himself, Vince demands $20 million to do the sequel. "What'd I miss?" Ari asks when he arrives late for the dinner.

2.One Day in the Valley

10.I Wanna Be Sedated