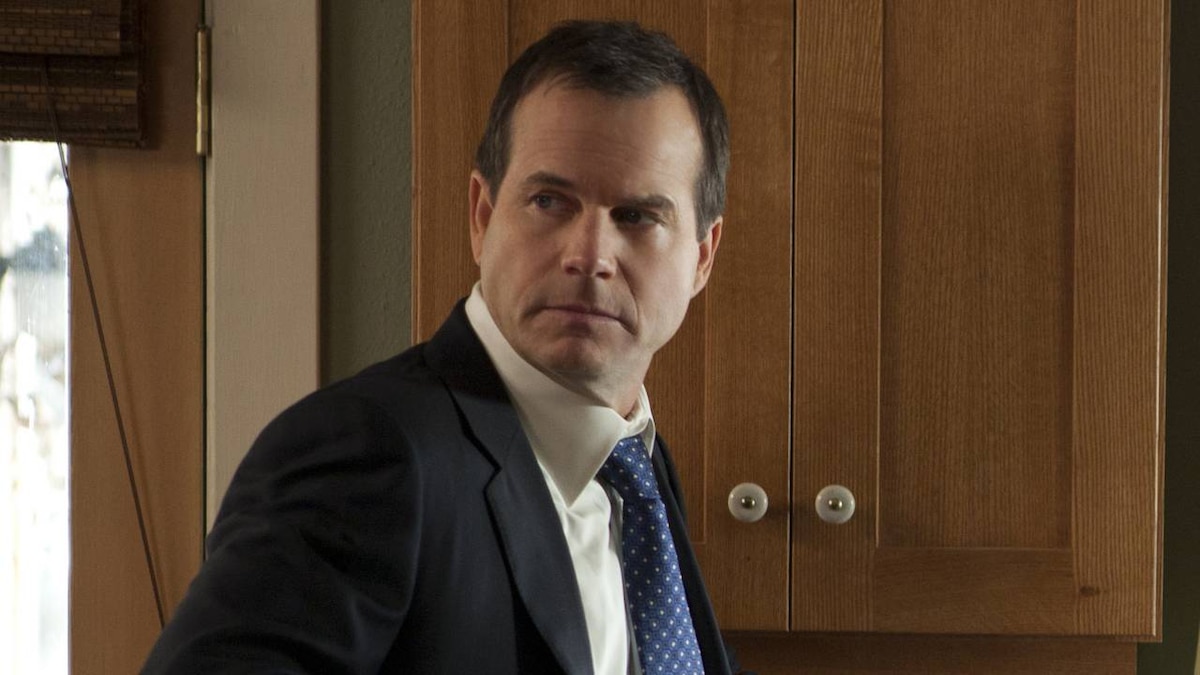 Barb and Bill reconnect in the early morning hours. Later, Margene gets Bill's approval for a pro-polygamy children's rally in downtown Salt Lake. He reminds her to use the name "The New Assembly of Mormon Pioneers." Nicki thanks Barb for agreeing to the divorce and notes it was her "selfless generosity" that made her fall in love with Barb in the first place.

Barb goes to the University of Utah campus to see Renee Clayton and discuss the idea of female priesthood holders. Anxious to not cause a rift, Barb asks Renee to speak to the family and explain her position.

Bill visits Frank and finds the house in disarray – all his wives have left him. Bill reveals it's because Barb told them all to get tested – Frank gave Lois an STD. Because Lois insists she wants to live at Frank's, Bill orders his father to straighten up the house.

Greg and Cara Lynn's tutoring session is filled with awkward silences. When Nicki arrives to pick her up, she expresses an interest in what her daughter is learning so Greg gives her a book to help her understand.

Margene meets with the children of the New Assembly, cautioning them it can't seem like they've been forced to participate in the rally. Nearby, Bill meets with his fellow leaders to discuss drawing up their church charter. Bill is adamant it not mimic Juniper Creek's: "This is a new day." With no money in the coffers yet, each man kicks in money to get things started. During services, Barb refuses to take the sacrament.

Ben stops Bill and Barb back at home and asks them to read some literature about problem-solving in a marriage. Barb and Ben try to convince him everything is OK, but Ben argues that it feels like the divorce is real. When Barb leaves to answer the phone, Bill confides that he is worried too, but Ben needs to stay focused on his own future.

Pam warns Barb the LDS has ordered a repudiation of those who use the word "polygamy" with "Mormon." Barb relays the news back to Bill and the wives, worried that she has never heard the church issue such a call to action in all her years: "They might as well come out and ask for your head on a platter." Bill tries to reassure Barb, but when he meets with Don later, the two run through the economic impact of the statement. The situation is further complicated by the news their landlord has just sold the building to a holding company.

With Don Embry still alive, Alby demands Verlan return the money he was paid and calls him a fool. Verlan comes up short, and to make up the difference, he kisses Alby who then decides Verlan can overcome his deficiencies – with supervision. Still hard up for money, Verlan gets $50 and is sent to his room.

Bud Mayberry alerts Bill that Alby has been enforcing his purity campaign and wants to stop cooperating with the state. Furthermore, he wants to abolish Bill too. Bill stops short at the news, but declines Bud's offer to have Alby killed. He asks if Alby mentioned Don at all, but Bud hasn't heard.

Cara Lynn approaches Greg at home and tells him she's not sorry they kissed. Upset about an ailing grandfather, Greg also confides that he's falling in love with Cara Lynn. The two kiss again.

Verlan calls Rhonda and assures her Alby is right where he wants him … but he can't come back just yet. Ben helps Rhonda pack warm things for her stay at Crystal's house. The two share a smile about the way they used to treat each other.

Lois spends her first night at Frank's house and reminisces about an old radio program, 'The Cisco Kid,' which always ended with some corny line. When Frank isn't looking, she slips a bread knife in her bag.

Barb confronts Bill – the divorce agreement gives Nicki control of the family finances and given Nicki's history, she's not comfortable with that. Bill disagrees and suggests that the extra responsibility might benefit Nicki; their discussion veers into another argument about Barb's right to hold the priesthood.

Margie watches a video of Michael Sainte and drifts into a daydream that he is speaking to her directly. She is startled when Cara Lynn sneaks in after curfew. Letting Margene believe she's been with Gary Embry, Cara Lynn asks how Margie knew it was love with Bill … and if his age made a difference. Margene arranges to cover for Cara Lynn with Nicki.

Nicki tries to stop Margene from holding the rally, and when Margie refuses to back down, she demands a say in the musical choices. Margie accuses her of being jealous of her life outside the houses, but Nicki counters that since she's finally a full partner in the marriage now, she expects to be heard. The two quiet down when Bill and Barb enter; Bill tells them there will be security detail watching them for the next few days.

Bill faces opposition in the Senate -- the impeachment bill is back under consideration.

Nancy visits Bill on the Hill to share her concern about Barb; she is disturbed to learn that her daughter has been talking to Renee Clayton. She and Cindy meet directly with Barb, who is surprised to hear that her mother has been talking to Bill, and is further thrown when Renee Clayton is brought up. "She understands me in a way that no one else does," explains Barb, prompting Nancy to ask whether the two are lovers. When Barb is shocked at the idea, Nancy notes it isn't absurd: Barb is always finding new ways to complicate her life.

Margene speaks to Michael Sainte about Goji sponsoring the children's rally. Impressed by her pitch, Sainte says while he's not sold on her message, he has faith in the messenger.

Bill and Don sit in the UEB offices with Alby to insist he remain a part of Safety Net. When Alby balks, Bill threatens to have Juniper Creek's state money cut off. The three argue, but Alby has the last word by asking about how the hardware stores are doing.

Lois is startled to find herself at the beach with Frank. She's been out of it the past two days. Holding out the knife, she makes Frank promise to kill her when she's out of it for three-day spans. It would be worse to be alive, and with his other wives gone, they only have each other now.

Cara Lynn finds Nicki at her desk but her fears are allayed when Nicki explains that she's been trying to understand calculus. Touched, Cara Lynn thanks Nicki for what she's done for her. "We're going to have everything we ever dreamed of. We'll be happy," promises Nicki, but Cara Lynn reminds her she's already happy.

Barb and Bill break the news to Nicki that Barb will continue to handle the family finances. When Barb says it was Lee who suggested it, Nicki accuses Barb of lashing back for having been forced to agree to the divorce. Barb holds firm – she won't sign the divorce papers without the pre-nup, and Nicki counters that Barb has never treated her like an equal. Bill drags Nicki out of the room and reminds her that it's only a paper divorce and a paper marriage. Nicki retorts that Barb is holding all the cards because Bill is afraid of losing her.

Heather and Ben spend time with Rhonda and find out she's been working as a hostess in a bar. When she leaves, Ben tells Heather they don't need to worry about her – she has a husband. At that, Heather tells Ben she's been seeing someone at else at college who is away now on his mission.

Renee sits with the Henricksons and Nancy to discuss the idea of female priesthood holders, explaining that women have always been priestly given their maternal instincts, even if no written record gives them that authority. Renee begins to discuss Heavenly Mother, and sensing Nicki's resistance, gives her a paper that refers to lesbian bonding, which only raises more eyebrows. Nancy offers Barb a place to sort through everything, provoking Bill.

Bill tells Barb that the Priesthood comes divinely inspired, and it's more than just having a feeling. Barb reminds him that she's never asked for anything for herself, and this is an opportunity to build something together, an idea that Bill disagrees with. "This would destroy a church that's barely established its roots." When the two fail to come to an agreement, Barb storms out: "I can't go to your church anymore."

Ben watches Rhonda perform then follows her to her dressing room. Cara Lynn returns to Greg's condo. Bill hangs up the new church sign: "The New Assembly of Mormon Pioneers."