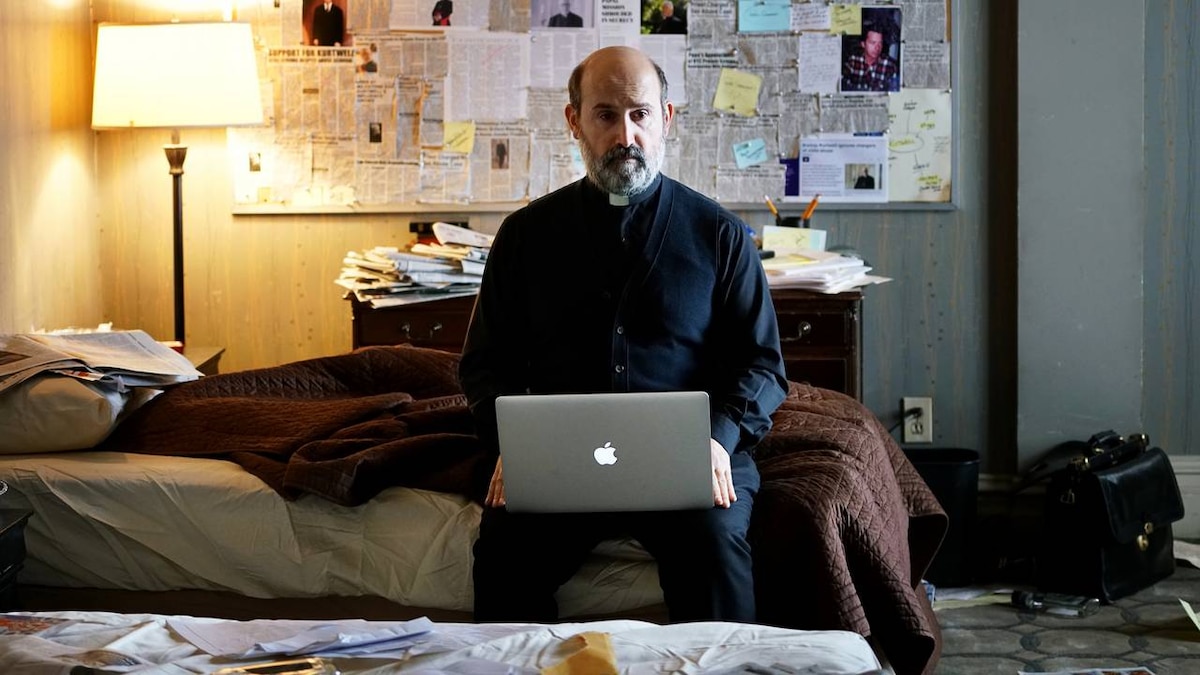 In response to Lenny's stance on abortion, Spencer tells the pope he created an "overly rigid" system and urges him to rethink it.

Gutierrez goes about his new, dreary life in Queens, New York, making little headway in his mission. Tabloid stories accusing Archbishop Kurtwell of pedophilia are tacked up on the walls of his disheveled hotel room. Gutierrez tries in vain to persuade Kurtwell's victims to press charges. He approaches one young man, Freddy, to see if he will help Gutierrez catch Kurtwell in the act. Freddy declines, citing Kurtwell's influence in Queens. Gutierrez befriends and comforts Rose, the bedridden, overweight woman who runs his hotel, who must confront her agoraphobia to have a life-saving surgery.

Across town, an ailing Kurtwell reminisces about painful childhood memories to his assistant.

Hoping to deny the allegations Kurtwell is blackmailing the pope, Sofia suggests a press release, which Lenny immediately shoots down. Lenny and the other cardinals visit the weakening Cardinal Spencer at his home. Spencer tells Lenny he thinks of himself as the hinge, but in reality, Lenny is the door -- the profundity of the statement moves the pope.

Lenny eats dinner, and out of nowhere, tells his staff that he loves them. They are baffled by this rare display of affection and vulnerability.

"Life in the Vatican is not much fun for young people." - Don Tommaso

Gazing at the stars, Lenny asks Don Tommaso where Peter and Esther have gone. Tommaso tells him they have moved to the seaside, and mentions everyone believes he is a saint. "Calumny," the young pope chuckles.

Lenny takes a video call from Gutierrez, and upon seeing the squalor in which the cardinal has been living, invites him back home, regardless of his lack of progress with the Kurtwell case.

Later, Gutierrez meets with David Tanistone, the man who has been following him around the city. Tanistone tells the cardinal that Gutierrez is the link between him and his problems. Spotting Kurtwell entering the bar where they're meeting, Tanistone bolts. Gutierrez shows Kurtwell a photo of Tanistone and demands a statement outlining the truth of Kurtwell's actions. Kurtwell says the truth is he shared power with Lenny years ago in New York and Lenny envied his charisma.

Tanistone admits he is Kurtwell's secret son. Progress made, Gutierrez tells Rose his work is done and he will be returning to the Vatican. Ready to say goodbye to her friend, Rose passes her oxygen mask to the cardinal so they can breathe the same air.

Lenny and the cardinals visit Spencer on his death bed. Spencer asks everyone to leave except Lenny, and requests that Lenny recount the miracle he performed when he was 14 years old. Praying intensely over his friend's dying mother, Lenny miraculously healed her – and the woman is still alive today. Spencer tells Lenny the same is true with his mother; Lenny sobs at his mentor's bedside.

Gutierrez pays a visit to Kurtwell, telling him that he is going to escort Kurtwell back to the Vatican to stand trial for his sins. When Kurtwell brushes him off, Gutierrez shows him photographs depicting the archbishop having sex with Freddy inside the market. Kurtwell calls Lenny and threatens to expose the pope, who is unfazed. "The world will probably like it," the pope muses.

Kurtwell calls a journalist to share the pope's letters to his "California girlfriend" Kurtwell discovered in Lenny's old desk. The journalist reviews the letters, but says there is no story: The letters were never sent.

The pope's love letters are bound and published, and excerpted in The New Yorker. As she plays with baby Pius on the beach, Esther notices the photo of the pope holding her son among his toys; the papal helicopter recedes in the distance. In California, Lenny's first love reads the letters, deeply touched.