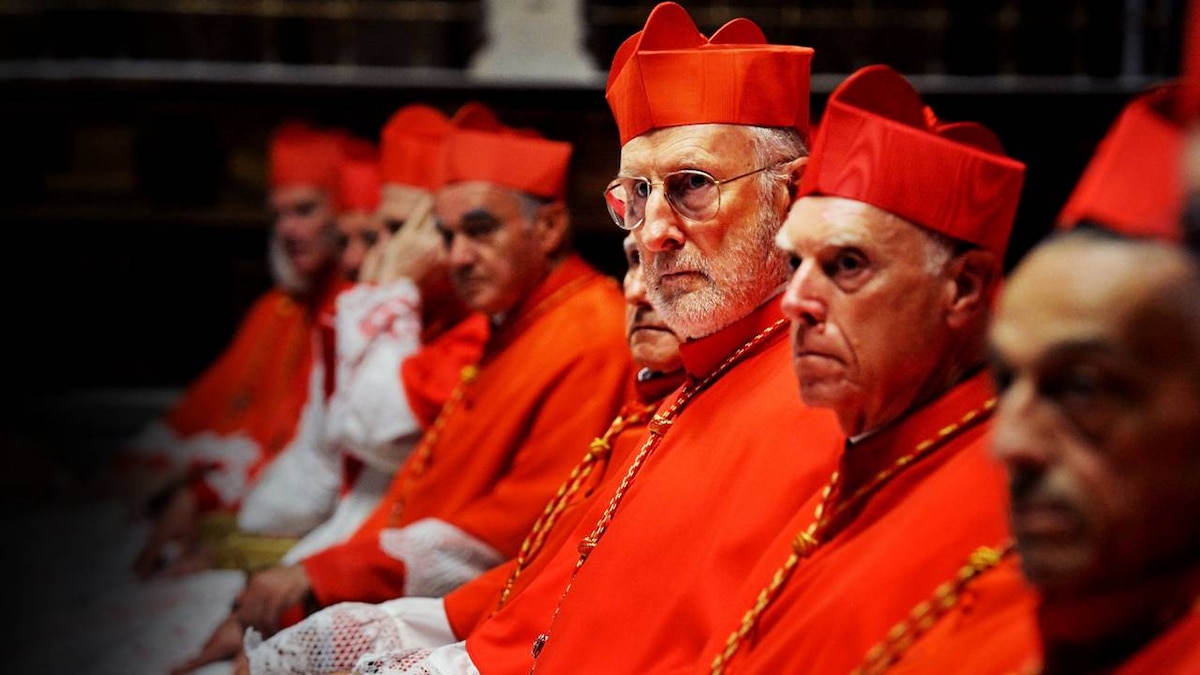 Lenny and Don Tommaso look for God in the stars. After determining God has lost faith in human beings, Lenny tells Tommaso of his intention to start a revolution.

Esther, desperate to become pregnant, unbuttons her blouse and asks Lenny to perform a miracle. With the pope's hand resting on her stomach, she recites the Hail Mary. Esther unbuttons the rest of her blouse and places Lenny's hand on her breast; from a distance, Voiello and a photographer take photos. Lenny tells Esther he became a priest because love is too painful.

Young Lenny and Dussolier scale the orphanage's gate and run away. Sister Mary runs after them, stopping at the gate where a piece of Lenny's pipe has fallen to the ground. The boys peer into the window of the custodian's house and see a young boy caring for his sick mother. Determined to find his parents, Lenny continues walking even after Dussolier decides to turn back.

Behaving like boys again, Lenny and Dussolier run away, this time from Vatican City. Sister Mary learns the pope is gone and turns to Voiello for help. The Cardinal Secretary of State tells the nun he has evidence of Lenny's indiscretions with Esther, but then hands Sister Mary the flash drive of photos, so moved was he by Lenny's remarks to Esther about love.

"I only want to talk about things I understand." - Lenny Belardo

In Rome, Lenny and Dussolier ask a hotel concierge for cigarettes. While they wait, a prostitute flirts with Lenny, claiming his eyes are "proof of the existence of God." Dussolier mentions the orphanage custodian's house, but Lenny will not discuss what happened there. Lenny asks Dussolier to become prefect for the Congregation for the Clergy. In a moment of tranquility, Dussolier admits he remembers what Lenny's mother looked like.

Lenny forgives Gutierrez for betraying his confidence to Voiello. He also forgives him for being an alcoholic, shocking Gutierrez.

"I am the young pope. I put no stock in consensus." - Lenny Belardo

Lenny tells Sister Mary the miracle he performed as a boy doesn't matter if he can't see his parents again. Hoping to start afresh, Voiello offers Lenny a gift, and asks him to reconsider sending Gutierrez to New York. To Voiello's surprise, Lenny reveals he already knows all the secrets Voiello has stashed away. Voiello panics as Lenny reprimands him for his scheming, which will not work on him.

With the arrival of the papal tiara, Lenny decides to address the cardinals. Adorned in medieval robes, he shocks the gathering with his grand procession and his opening, a "knock knock" joke. Nobody is there, says Pius XIII. "We're in, but only for God," he explains, warning the church will no longer be open and tolerant. The terrified cardinals submit; Spencer and Dussolier are the first to kiss his feet.

In the garden Esther tries to confess her sins to the pope, but he tells her to confess only to God. She tells him she feels his miracle and Lenny says he feels it too.

Flanked by his cardinals, the pope pays a visit to Tonino Pettola. "The reason for this visit is that you have busted our balls!" says Voiello.