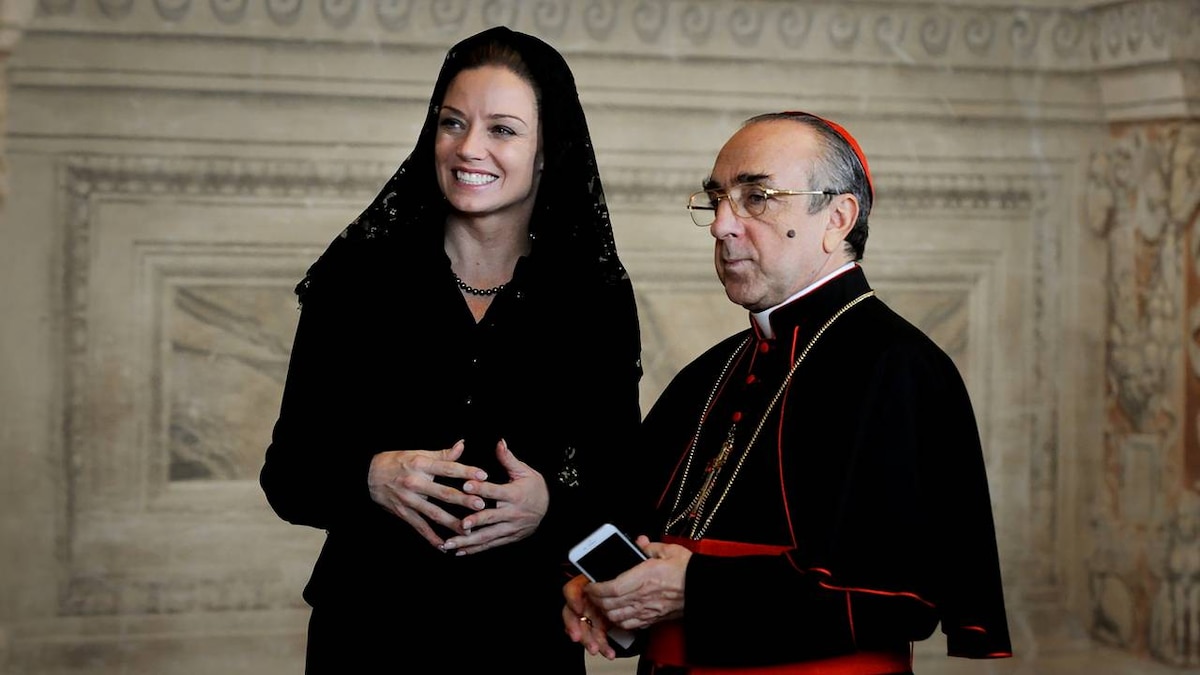 Noticing his young assistant, Sister Suree, crying during communion, Lenny learns her sister is dying in Sri Lanka. Suree tells Lenny if her sister dies, she won't return to Sri Lanka because she is too scared to do so.

Voiello confronts Esther about her extramarital affair with Valente, and forces her into deal – seduce Lenny in exchange for his silence. Esther spends time with Lenny in the gardens where he tells her he reminds her of his first and only girlfriend. When Esther reveals she and her husband cannot have children, Lenny tells her to pray to Mary.

Sister Suree tells Lenny her sister has died, and the pope prays for her but refuses to let her travel to Sri Lanka. He advises Suree not to chase the dead.

"You should never stick your nose into other people's business. Especially not in the Vatican." - Sofia

Following his schedule, the pope begrudgingly baptizes babies. He walks into the bathroom and finds Sofia applying lipstick. They peer into the adjoining Clementine Hall, spotting Voiello talking to the prime minister of Greenland. Lenny notes that half the curia is ogling the prime minister's assistant, who is openly gay. Sofia tells him to mind his own business.

Lenny meets the prime minister and the two exchange gifts. He tells her he knows there is a small Catholic community in the country, one that predates other religions. Comparing the Catholics of Greenland to the Native Americans, he reminds her, "We Catholics were there first… everyone else is a guest."

A group gathers at the helipad to receive the casket of Suree's sister. Walking back to the Vatican together, Esther pulls Lenny aside. She asks him to teach her to pray and he obliges, informing her that prayer shouldn't be "a list of requests," but instead "an occasion for understanding."

"What I want always is the whole truth." - Lenny Belardo

Voiello meets with Lenny about the Kurtwell case. Lenny says he would like to review it in a broader sense by prosecuting homosexuality, which he believes is the cause of pedophilia. Lenny acknowledges they could lose two-thirds of the clergy if homosexual priests are expelled, but he is steadfast in his promise to do so.

Voiello reprimands Esther for not successfully seducing Lenny, given how high the stakes are. He tells her Lenny is a "loose man" and she, as a beautiful woman, should have no problem fulfilling her end of the agreement.

Tonino Pettola, a self-proclaimed messenger of the Virgin Mary who has drawn crowds around the countryside, is interviewed on television. Displaying his stigmata, Pettola explains how his visions have given him healing powers and asks for the pope's recognition. Lenny watches the newscast.

Don Tommaso tells Lenny an alarming number of clergy have been affirming their heterosexuality in confessions. Lenny smiles, realizing Voiello must be spreading a rumor the pope is out to punish homosexuals.

Lenny watches Peter and Esther have sex from afar, and prays ardently to the Virgin Mary that they conceive. Gutierrez is assigned to investigate the Kurtwell case in New York, prompting the cardinal to wonder if he's being punished. The pope assures him he is only sending him because he has his trust.