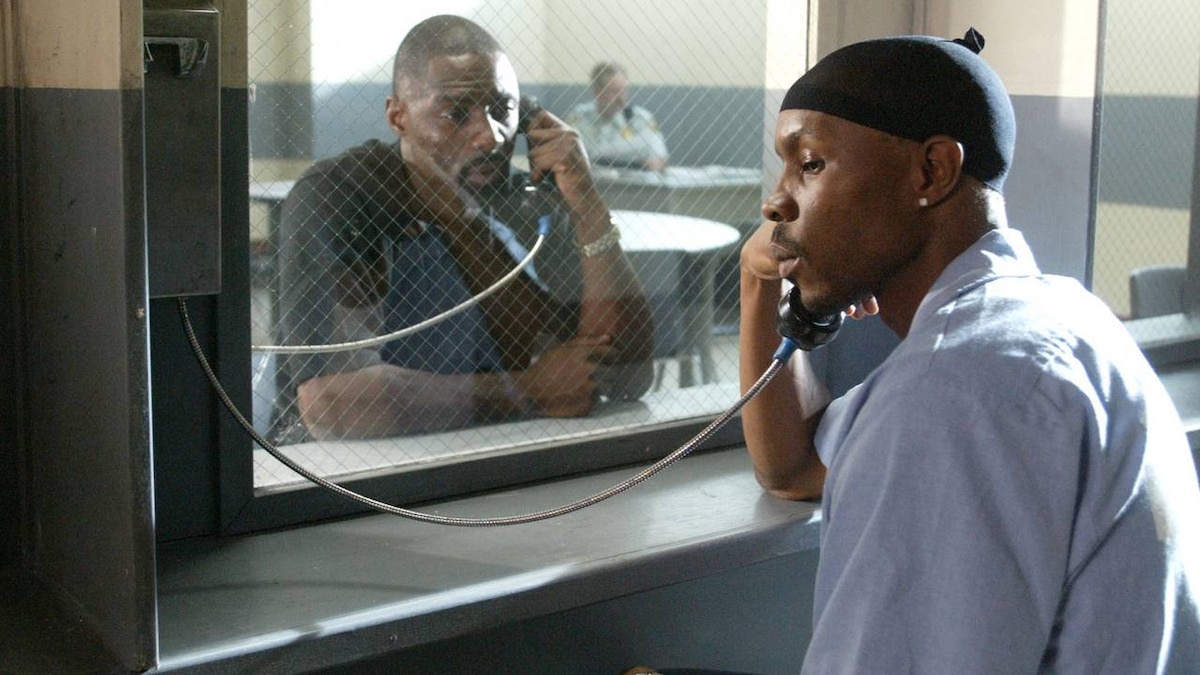 Omar makes a dramatic reappearance, disguised as an old man in a wheelchair just out of the V.A. hospital. With friend and partner in crime Kimmy, the two con their way into a Barksdale stash house, and in a heist that's almost too easy, make off with the drugs and the cash.

Stringer Bell visits Avon in jail, updating him on the neighborhood news. Avon is philosophical when he learns that the Towers are gone. "All that battlin' we did to take them Towers and now we out in the street with the rest of 'em we beat." Stringer details his plan to deploy the troops across a variety of drug corners, with instructions to make their high-quality heroin available to other dealers at advantageous prices. "You know, lay it out there like it's their lucky day. No threats. No flexin'," explains Bell. Indeed, when Barksdale's drug crews fan out to new territory, pitching their scheme, they encounter a fair amount of skepticism from mid-level dealers.

Bodie, having appropriated a spot in the middle of the dealer Marlo's territory, seeks Marlo out to offer him good prices on better product, but runs into a stone wall. When Marlo finally shows up and Bodie approaches him, Marlo brushes him off. "I need you to walk back there and pack up your people," Marlo warns him. "I'm being a gentleman about it for the moment," he tells Bodie without once bothering to look at him.

Not convinced that 'DAngelo Barksdale's death in prison was in fact a suicide, McNulty probes the case further, with his focus still on bringing Stringer Bell to justice. In a visit with Doc Frazier of the Medical Examiner's office, the two of them examine autopsy photos of 'DAngelo. What they see is not convincing, and McNulty suspects 'DAngelo was murdered. Later, he pays a visit to Donette, fishing for clues as to who might have taken 'DAngelo out. Donette is openly hostile to him.

Carcetti, having failed in his effort to enlist Police Commissioner Burrell as an inside source in the Mayor's office and having humiliated him publicly as a consequence, leans on Major Valchek to broker a second meeting with the Commissioner, in the hopes that Burrell is finally ready to deal. "I should tell him what?" Valchek says to Carcetti. "Make nice or invest heavily in petroleum jelly?" Sure enough, when Carcetti and Burrell meet for a second time, Burrell gets the picture: he must cooperate with Carcetti or face further public flogging in Carcetti's committee hearings. Giving in, Burrell tells Carcetti he's having trouble getting out-of-service squad cars back on the street, which means beats on every shift go uncovered.

Sure enough, when the two meet again, an impressed Burrell reports that that 20 squad cars will be back in service by the end of the week. Burrell reveals to the Councilman that in spite of the fact that 70 cops are retiring by year's end, the Mayor has cancelled the Academy Class in which new recruits are inducted. Driving a wedge, Carcetti tells him bluntly: "The Mayor fucked you. Cause I know that money was in the budget." Carcetti again suggests he can help.

In a vacant West Baltimore warehouse, a collection of local dealers including Prop Joe, Cheese and others gather for an evening of dogfights. Confident that his pit bull will win the match with a dog owned by the dealer Dazz, Cheese's cocky demeanor turns to shock as his dog goes down quickly. Cheese then shoots his dog rather than give him medical help, and grows even angrier when another dealer, Triage, points out a red rag on the floor that Dazz rubbed down his dog with before the match. Implying that some chemical may have been on the rag, Triage suggests that Cheese was gamed. A few days later, in response, Triage walks up to Dazz's soldier Jelly and with only one word, "Woof," blows his brains out.

In the Detail Room, Greggs, Freamon, Prez and Caroline, listening in on the wire, overhear discussion of the two killings — Cheese's dog and Jelly — and draw the wrong conclusion. When they hear Cheese acknowledge that he "ain't sleep since I capped his ass," they assume he's committed a murder. Greggs notes with excitement: "Cheese is only a level below Proposition Joe. All of a sudden, this case has legs."

Because Rawls' pressure on his commanders is unrelenting, Daniels decides to make some arrests based on information from their wiretap. McNulty argues that the arrests will force them to reveal the tap's existence, and pushes Daniels to be patient to see what else the wire will bring. Cheese is arrested, nevertheless, and when Bunk and McNulty sweat him for details, their error finally becomes apparent. The only thing Cheese has killed is his dog. Bunk and McNulty are appalled at the mistake. "We're charging his ass," says Bunk sarcastically. "Improper disposal of an animal. Discharging a firearm in city limits," adds McNulty. "Animal cruelty, if we wanna run wild with it," adds Bunk. And sure enough, the wire soon goes silent, and gloom overtakes the Detail.

Nursing their wounded pride over drinks later, McNulty tries to get Pearlman to go home with him. She ignores him, and after he leaves, Pearlman goes home with Daniels instead.

Relations are strained between Kima and Cheryl, who resents Gregg's long hours and her lack of nurturing instincts towards their new baby. One night when Greggs comes in late, the house is a wreck and Cheryl is asleep on their bed with the baby. Greggs heads back out into the night, visiting a lesbian bar.

A drug bust arranged by Carver's squad goes bad and Dozerman is shot and seriously wounded. Colvin sits bolt upright when he learns the news in the middle of the night. Carver, who sent Dozerman out solo, is wracked with guilt. "Fucking solo cars. I shoulda teamed him. I fucked up." He is especially upset to learn that Dozerman's gun is missing, scooped up by one of the criminals who shot him. After Colvin visits the crime scene, he unburdens himself over a cup of coffee with a deacon from his church. "Tonight is a good night. Why? Because my shot cop didn't die. And it hit me... This is what makes a good night on my watch: absence of a negative."

Later, as he addresses his troops, Colvin foreshadows the new scheme he's cooking up to contain the city's drug trafficking. Explaining that after the City Council years ago passed a law forbidding the consumption of alcohol in public places, cops spent an inordinate amount of time arresting men on street corners, since "the corner is, was and always will be the poor man's lounge... But somewhere back in the '50s, there was a small moment of goddamn genius by some nameless smokehound who comes out of a cut-rate one day and on his way to the corner, slips that just-bought pint of elderberry into a paper bag. A great moment of civic compromise. That small wrinkled-ass paper bag allowed the corner boys to drink in peace while giving us permission to go do police work.

"Dozerman got shot last night trying to buy three vials," Colvin continues. "There's never been a paper bag for drugs. Until now." Herc and Carver hear him but don't yet understand the point he's making, and are irritated at his ambiguity.

In the Season Three premiere, a wave of urban reform brings down the notorious Franklin Terrace public housing towers.

Colvin feels the sting of Burrell and Rawls during a Comstat assessment of his district's felony numbers.

West Baltimore residents get some surprising straight talk at a community meeting from Major Colvin.

Frustrated in his reform efforts, Colvin delivers a message to the next level of corner management.

Stringer Bell gets an education in construction management; Bunk uses shoe-leather to catch up with Omar.

Herc discovers a blast from the past, which he belatedly reveals to his ex-colleagues.

With Amsterdam running full-tilt, Carver and Truck discover there really is no honor among thieves.

Responding to an officer's call for help, McNulty and Prez turn down the wrong alley, with unanticipated results.

Brother Mouzone returns to Baltimore on a mission of revenge and casts a wide net in his search for Omar.

The wire begins to yield information about the Barksdale organization, though links to the top are elusive.

In the Season Three finale, a reticent Avon readies his troops for a seemingly endless war against Marlo.