Murder on Middle Beach, a four-part documentary series directed by first-time filmmaker Madison Hamburg, examines Hamburg’s complicated journey to solve an unspeakable crime and absolve the people he loves while seeking out answers within his own fractured family and community.

The series revolves around the case of Barbara Hamburg, Madison’s mother, who was brutally murdered on March 3, 2010 near her home in the upper-middle class enclave of Madison, Connecticut. Investigators speculated this was a crime of passion, but without sufficient evidence, the case grew cold.

Over the course of eight years, Hamburg interviewed his family members and many others to learn more about his mother’s life and gather evidence in hopes of solving her murder. Along the way, he uncovers a web of familial and local secrets, connections to shadowy figures, and years-old resentments in his deceptively serene hometown.

Dive Deeper Into the Story

The Hamburg Family Tree
Get a closer look at the Hamburg family tree to understand how Barbara's relatives are connected.
FIND OUT MORE

Timeline
Unpack the key dates in the investigation and the decade-long span since Barbara’s murder.
FIND OUT MORE

Madison Hamburg shares an update on what's been happening with the case since the finale and what he hopes happens next.

For information and support on mental illness, substance abuse, and survivors of homicide visit the organizations below. 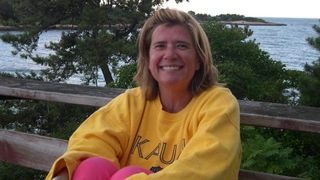 Series premiere. Following the murder of his mother Barbara, Madison Hamburg returns home to piece together her life story.

Madison explores the fallout of his mother's involvement in a multi-level marketing scheme.

After opening up about her history, Barbara's sister Conway makes a stunning accusation.

Finale. With the ten-year anniversary of his mother’s death approaching, Madison leaves no stone unturned in his quest for the truth.