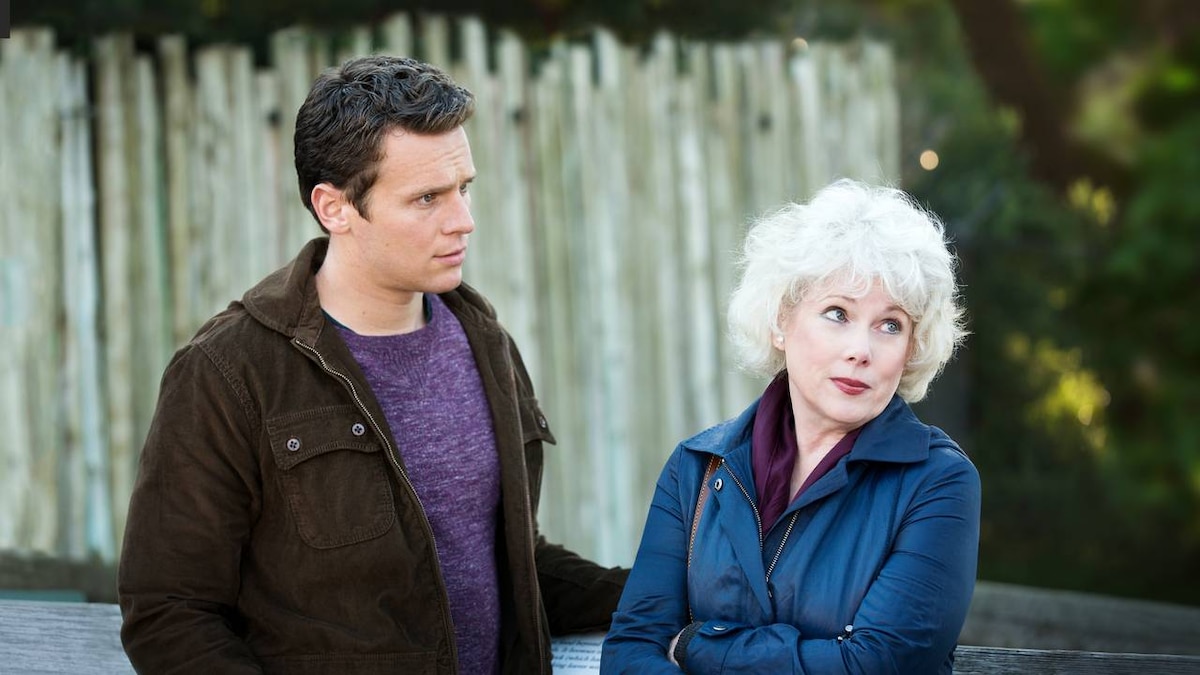 Patrick and Kevin lay naked in bed. "Your breath is terrible," Kevin tells Patrick, who sneaks away to the kitchen to make breakfast. Carrying lots of food precariously into the bedroom, Patrick drops it all on the floor. Kevin lures him back under the covers. "I don't need breakfast in bed," Kevin says. "You in bed is enough." They talk excitedly about going to GaymerX the next day.

"Do you ever wear pants?" Kevin asks Agustín when he enters the kitchen in his underwear. An unamused Agustín replies curtly: "How long are you staying here again?" Patrick appears wearing Kevin's sweater with a French bulldog on it. "The whole point of having a boyfriend the same size as you is so you can double your wardrobe," Patrick says. Kevin worries because he wears the sweater to work sometimes -- he wants to be strategic about how they tell their co-workers about their relationship.

At Most Dangerous Games, Owen points out that Kevin and Patrick "even buy the same sweater." The couple explains that they are a couple. Everyone in the room seems a bit on edge. Meredith chimes in, "I just hope it won't impact our company culture of fairness and that heterosexuals won't be discriminated against."

Dom shows Doris and Malik around his chicken window, which still needs a lot of work. Dom asks for Doris' help the next day, but she's going to Malik's niece's birthday party and says she'll come by afterward.

Kevin and Patrick set up their booth at GaymerX, where Patrick talks to Brent, the purveyor of an app called Glorified. "Glorified lets you find all the nearest glory holes," Brent explains, "so you can give them ratings, leave comments, message, meet up with other users. It's like social networking for the orally adventurous." Brents quizzes Patrick in a nasty tone: "So OneUpHim...is that a Reese Witherspoon movie?" Patrick explains that his app is more about "subverting stereotypes," but Brent ignores the answer and moves on to mistaking Kevin for Patrick's brother, calling the two of them "identical." Brent adds: "Why don't you just jerk off in the mirror if you think you're so cute?"

During sex with Agustín, Eddie comes in Agustín's eye. Agustín tries to be relaxed about it but goes to wash up in the bathroom. Eddie checks on him, but Agustín seems nervous, saying meekly that he'll "be right out."

"Why am I the go-to 'I'm having an AIDS meltdown' friend?" Dom asks Agustín, who's spiraling about his fluid exchange with Eddie as Dom works at his chicken window. Dom breaks it down for Agustín. "It's not 1994, just go on PrEP, get over it," Dom advises him. Agustín asks where Doris is, adding that he might have to get a new "hag."

Patrick takes Kevin to their hotel room in advance of the GaymerX prom that evening. "Will you be my gay Gaymer prom date?" Patrick asks Kevin with a corsage in hand.

Eddie confronts Agustín about what happened during sex. "You kind of disappeared on me," he says. Agustín gives an excuse, but Eddie won't relent. "I can't do this Agustín," he says. "I've been through it too many times. A really well-intentioned guy says he's totally cool and well-informed, and big surprise, he's not. Like, I just can't anymore. Do you have any idea what it's like to be a big, poz queer in this town?" Agustín admits to getting weird and says he'll work on it because he's "super" into Eddie.

At the prom, Patrick and Kevin are dressed in tailored suits amid a crowd of all types; Brent, in his wheelchair, is a hit on the dance floor. Patrick and Kevin take prom-style photos, and Patrick spies Richie across the room watching as he slow dances with Kevin. Richie can't take his eyes off Patrick.

Dom leaves a message for Doris; he seems sad she isn't coming to help at the chicken window.

Kevin, Patrick, Brady and Richie eat after the prom. Brady is drunk and asks Kevin to help him to the bathroom. Richie and Patrick get a moment to chat. "I was surprised to see you two together," Richie says to Patrick about Kevin. "I thought you were done with him." Patrick tells Richie about how they got back together. "The last time someone stood on my stoop, he told me I wasn't ready. So, this time, I just, I decided to go for it." Brady, in his drunken state, tells Patrick and Kevin about all the mean things they said about Kevin and Patrick behind their backs.

Kevin and Patrick enjoy the city view from their hotel room balcony. Patrick reads the first review of OneUpHim: "Another attempt to divide and label the gay community. Bullshit. One star." In an unrehearsed moment, Patrick says he loves Kevin. He tries backpedaling, but then says, "I do. I love you." Kevin says, "I love you, too." They kiss and get under the covers.