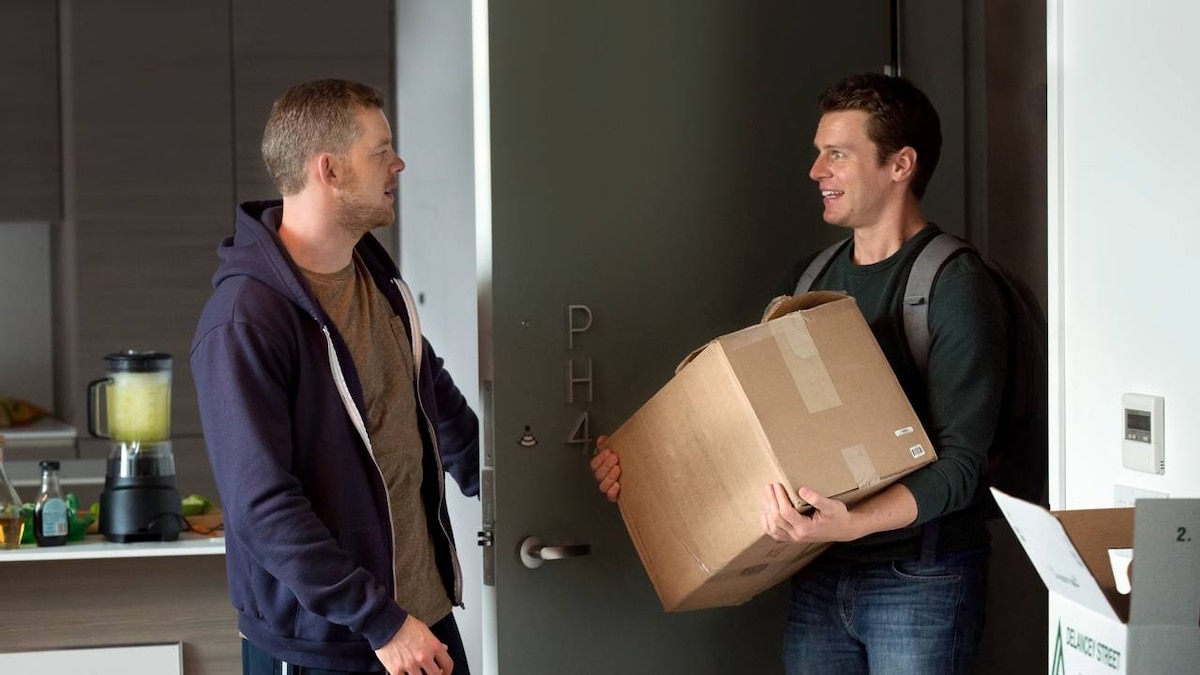 Patrick carries a box labeled "valuables" into his new apartment building. He runs into a couple along the way -- Milo asks if he's moving into the apartment with the roof garden, Jake asks if Kevin is Patrick's husband. Inside the new apartment, Patrick notices Kevin's stuff for the first time and learns that his boyfriend's favorite movie is ‘Field of Dreams.' Patrick admits Agustín and Dom think things are moving too quickly. "Ever since my mom completely imploded our family, I feel oddly liberated," Patrick says, reassuring Kevin. "I don't have anything to live up to anymore. We get to make up our own way."

The doorbell rings. Kevin answers and says yes to a Christmas party invite for that evening from Jake and Milo. Patrick says they can stop by on their way out to see the mural at the trans shelter.

Dom meets Malik on the steps of City Hall. "Dude, she misses you, too," Malik says. "Let's just cut to it." Malik suggests Dom come around and take Doris out for a walk. When Dom asks if he loves her, Malik says simply, "Big time."

Everyone at Milo and Jake's party -- a good-looking, white crowd -- is flirty. "Maybe we should stay and watch?" Patrick says of the potential orgy to come. "A little looky-loo of some nooky-new action, why not?" Milo and Jake take note of a profile on Grindr titled "Romford." Patrick immediately recognizes the name as the place where Kevin grew up and makes excuses for them to leave -- he's pissed Kevin was on Grindr. Kevin tries calming down Patrick in the elevator: "Please don't freak out about this." Kevin explains that he was just checking out who was in the building, adding, "Please don't read into something that isn't there." Patrick wants to make sure he "didn't move in with a sex addict."

Agustín calls Patrick to find out why he isn't at the shelter yet. Patrick explains the Grindr situation, and Agustín tries to talk him off the ledge, telling him to "just breathe." Patrick asks Kevin about whether he hooked up with other people when he was with Jon. "A few things happened a few times, and it was just little things," Kevin explains. "I don't think this is a good terrain to get into right now." Kevin wants to leave all of this in the past, explaining that he's happy he cheated on Jon because it brought them together.

Kevin wants an honest relationship, which Patrick takes as Kevin's desire for an open relationship. "If something happens, it doesn't have to be the end of the world," Kevin postures, "as long as we talk about it." Patrick assumed they were going to be monogamous. He storms down the hall of the apartment building, headed to the shelter, with Kevin following behind. "The cat is out of the bag, so everytime you go to the gym or go get a massage or go get a f**king bagel, I'm going to wonder what you're doing," Patrick says. "And you're such a good liar Kevin, I've seen you do it." Kevin pleads with him to say.

Dom meets Doris and quickly admits: "I was such a f**king asshole." Doris calls the fight the worst breakup. Dom agrees: "We do kind of need to break up. You need to start thinking about someone else first, instead of me."

Kevin and Patrick talk in their roof garden. "I feel like maybe your heart works one way and mine works the other," Patrick says. "Deep down I've always known that, and I ignored it." Kevin says this "can work. It is working." Kevin pledges to change now that he knows how Patrick feels. "You just need to trust me," Kevin says.

Dom lights up the neon sign on his chicken window and enjoys a beer alone.

Lying awake in bed with Kevin, Patrick gets up and finds the scapular Richie gave him in an unpacked box. He goes to Richie's barber shop to get a haircut. "Actually, you know what, just buzz it off," Patrick tells him. Just before he starts, Richie asks, "You ready?" To which Patrick replies, "I'm ready." Richie shaves Patrick's hair short.