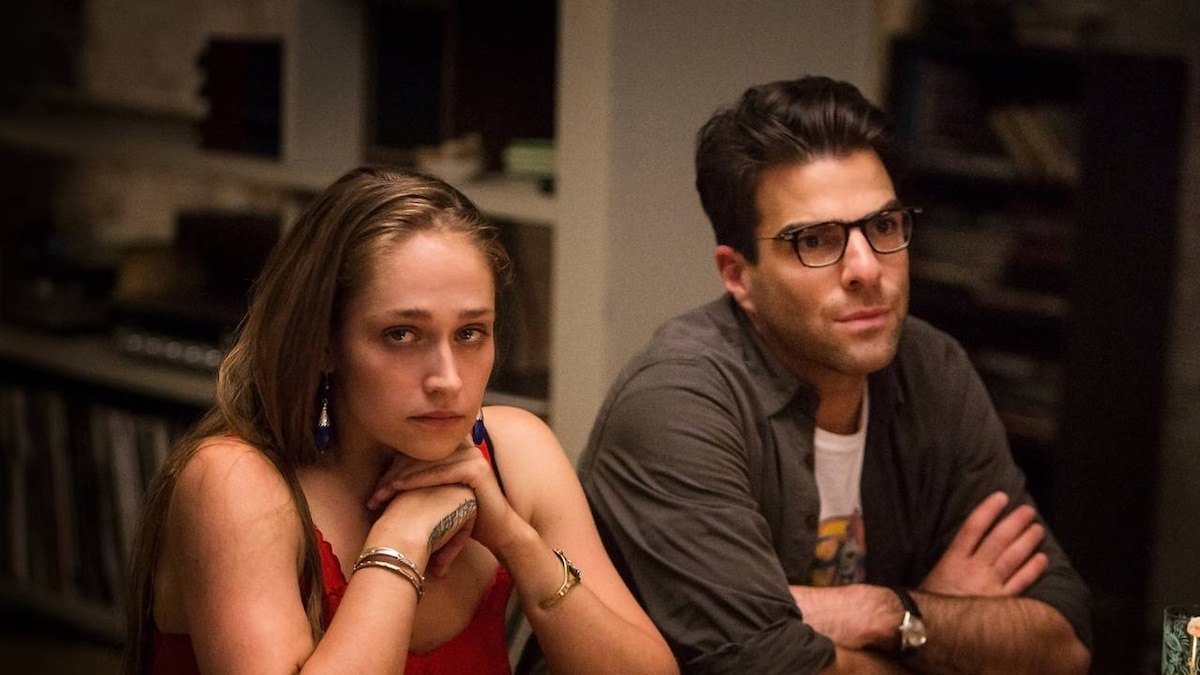 Hannah and her father have lunch, where they discuss his revelation that he is gay. Hannah is taking the news well, noting that "I'm proud of you and worried about Mom, but at the end of the day, this isn't really about me." However, Hannah questions her father's desire to stay married after he's finally drummed up the "courage to come out of the closet."

At St. Justine's, Hannah confronts Cleo about not responding to any of her texts that weekend. In the middle of their heated discussion, the principal pulls Hannah aside to tell her that she needs to maintain a more professional distance with students. He encourages her to be "mindful of boundaries" and to learn to keep at least some things to herself.

After getting the rest of the day off, Hannah meets with Elijah for a daytime beer. They discuss Tad, and Elijah reminds her that he knew her father was gay long before she did. He assures Hannah that Tad's desire to stay married to Loreen is just a stutter step as he grows more comfortable with his homosexuality.

On their way to dinner, Ace tells Jessa they're right near Mimi-Rose's apartment. He suggests they drop in and see how she and Adam are doing. Jessa insists they've only stopped for a quick hello, but Mimi-Rose invites them to stay for dinner.

Marnie and Desi arrive at Ray's election-night party. Although Marnie asks Desi to keep the news of their engagement secret for a little while longer, she immediately tells Ray the big news.

Elijah returns to the apartment with Tad refashioned as a "daddy." Hannah doesn't respond well, admitting that it bothers her to hear him called "daddy over and over again in a sexual way when you're, you know, my daddy."

During their awkward dinner, Mimi-Rose admits to feeling jealous of Ace and Jessa's budding relationship -- and that she wants Ace back. Ace reveals he wants her back too, just moments after gushing about his excitement over seeing where his relationship with Jessa is going. Jessa gets up to leave and tells Adam he should, too, if he has "any sense at all." Mimi-Rose then announces she'd rather not be with Ace or Adam, believing it's best if she's alone.

Ted Duffield, Ray's community board opponent, concedes the race to Ray. "I'm moving to Katonah -- all these whiny whack-jobs are your problem now, pal," he says. Ray gives an acceptance speech that takes a pointed turn to his feelings for Marnie. Under the guise of speaking to the community, he tells Marnie that he'll be there for her, no matter what happens.

A dejected duo, Jessa and Adam head to Ray's election party, but Adam decides not to go inside. When Jessa asks if he's afraid to see Hannah, he admits it's the opposite. "I think I want to see her too much right now," he explains, walking away. Inside, Marnie takes the mic and announces her and Desi's engagement to the crowd. Despite his big win, Ray looks on glumly, telling Hannah he's faking his happiness. She tells him simply, "I'm faking everything."