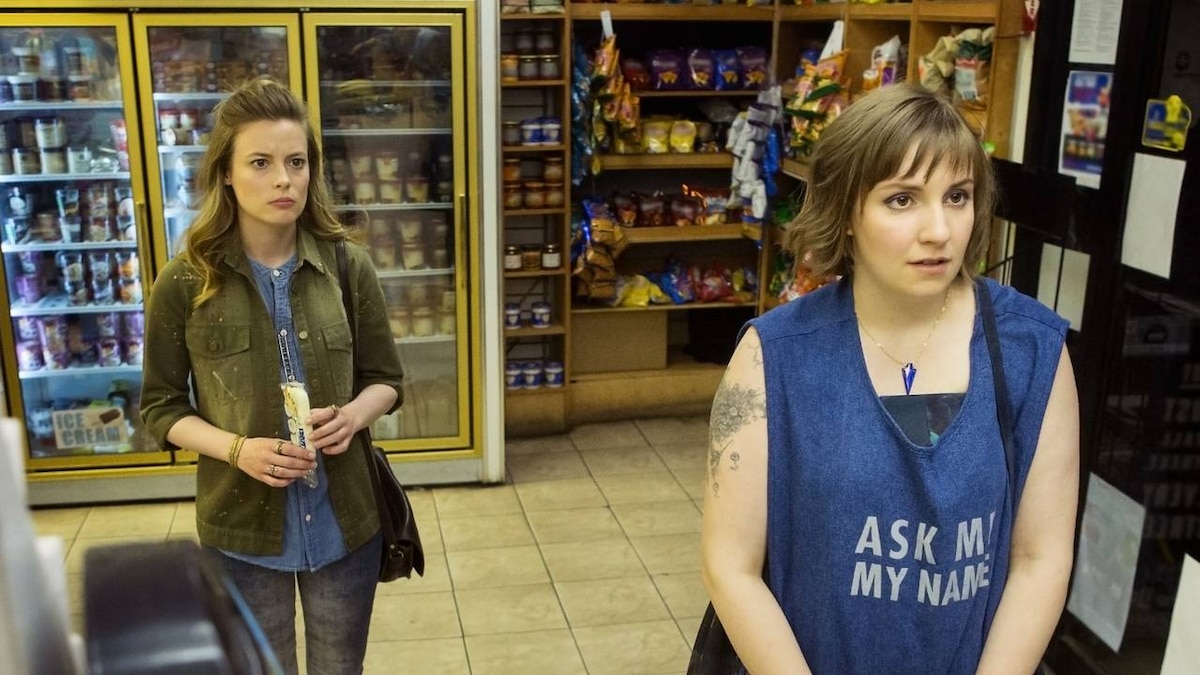 Ask Me My Name

In the teacher's lounge, Hannah meets Fran Parker, a history teacher. They hit it off immediately and Fran asks her out for drinks.

Hannah and Fran have drinks at a local piano bar. When Fran asks if they should get another round, Hannah suggests they "check out this art show that I'm sure is going to be absolutely terrible." When they arrive, a perplexed Marnie asks Hannah why she came to Mimi-Rose's art show. Hannah admits to Fran that Adam is in attendance but insists that they broke up "so long ago that everyone is part of one big friend group." Fran plays it cool until Adam angrily confronts Hannah. Fran suggests they leave, but Hannah refuses. She and Adam begin to argue, and Fran leaves by himself.

Mimi-Rose spots Hannah and invites her to join her and Adam at the after-party; her "ex-partner" Ace will also be in attendance. Mimi-Rose puts Ace and Adam in one cab and grabs another with Hannah. "I want you to get to know each other," Mimi-Rose tells Adam. "Our past relationships are part of who we are."

In the taxi, Ace tells Adam that Mimi-Rose has curated her personality and is not who he thinks she is. When Adam asks him why he keeps in touch with Mimi-Rose, Ace explains that he'll always be in love with her and plans to win her back.

Mimi-Rose tells Hannah she didn't get to work on her art show as much as she'd have liked because she threw herself into writing a book. Unable to stand another minute in the cab with Mimi-Rose, Hannah asks the driver to turn them out of traffic. He hits an elderly woman crossing the street and blames the accident on Hannah.

While the police take statements from the cabbie and the woman, Mimi-Rose and Hannah duck into a bodega for snacks. Mimi-Rose asks Hannah if she resents her for dating Adam, which Hannah denies, insisting that if she were to resent anyone it would be Adam. At the counter, Hannah asks to use the bathroom, but the clerk refuses. Mimi-Rose steals a Popsicle as "a protest" and they run into a laundromat so Hannah can pee.

After offering to "give" Adam back to Hannah, Mimi-Rose asks her: "Are you mad because you gave up on art or because you gave up on Adam or is it both?" Hannah lashes out at Mimi-Rose, accusing her of stealing Adam while she was away pursuing a degree for something real. "You're not a genius. You're just tricking people and confusing them, and I think you know it's bullshit, and I think maybe you should just admit it." Stunned by Hannah's bluntness, Mimi-Rose admits that she's afraid that the way Hannah sees her is how everyone sees her. "I just want to make something that says something and I don't even know why anymore."

Hannah softens and admits to Mimi-Rose that she left Iowa because she couldn't make it as an artist. "Now I'm going to have a boring life like my mother's, be dissatisfied and normal," Hannah tells her. "Do you think I want to be normal?" Mimi-Rose suggests they go to the bar and "start drinking heavily." She takes Hannah's hand and they head to the after-party.

At the bar, Adam tells Jessa what Ace said to him in the car. Jessa balks and admits she only set him up with Mimi-Rose so that Ace would fall in love with her. Refusing to be deterred, Jessa tells Adam, "I'll be pregnant with his twins. By May."

Hannah approaches Adam. After assuring him she's not staying, she tells him she really likes Mimi-Rose. "I just wanted to say congratulations, and...I get it." After picking up a falafel sandwich, Hannah heads home alone.