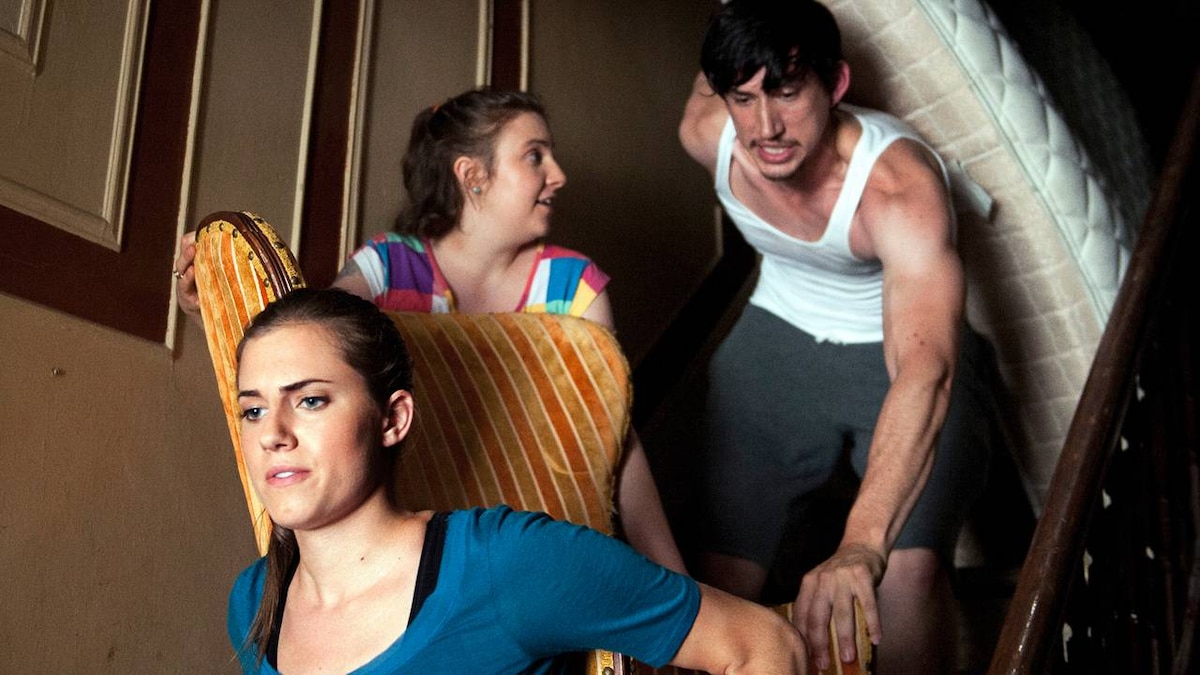 With Adam and Hannah's help, Marnie moves out of the apartment. She doesn't have a long-term plan, but Jessa is missing in action, so she's staying at Shoshanna's for the time being. Hannah feels guilty about Marnie leaving, but Adam tells her to embrace the opportunity and offers to move in.

At Cafe Grumpy, Hannah tells Ray that she's getting sick - possibly because of some expired Mylanta - and asks for permission to go home early. Ray listens sympathetically, but then asks if it could possibly be that they both just received the same text message from Jessa inviting them to "the most important party of my life." Ray expresses his disdain for Hannah's generation's way of thinking and lets her go home early to change for Jessa's secret party.

Everyone arrives at the party and is shocked when the emcee makes it clear that they've gathered for a wedding. Jessa is marrying Thomas-John, the venture capitalist who tried to have a three-way with her and Marnie a week earlier. He tracked her down after their evening went awry and asked her to dinner. Jessa says in her vows, "Not only did I find you very creepy, I also found you really boring." But she overcame those feelings and several days later agreed to be his wife.

The unexpected news hits the attendees hard: Adam is moved to tears by Thomas-John's declaration of love; Shoshanna is distraught that she unwittingly wore white to her cousin's wedding; Hannah is stunned and concerned by Jessa's quick decision.

Marnie runs into Charlie, who suggests they go off and f**k in the bathroom. Both seem to be joking and serious in equal measure, but they don't go through with it. As the wedding winds down, Marnie joins Thomas-John's friend, the emcee, in eating straight from the wedding cake, then grabs him and kisses him. Charlie, unbeknownst to her, witnesses the kiss.

Ray spots Shoshanna looking sullen in the corner. He tells her that he hasn't been able to stop thinking about her - she operates on a very strange frequency - and that he wants to go home with her. She agrees, as long as he promises to stay out of her emotional way. Back at her apartment, Ray takes the responsibility of being Shoshanna's first very seriously, and she finally loses her virginity.

Elijah tracks down Hannah at the wedding and informs her that he did, in fact, give her HPV. His living situation is less than ideal, since he and George can't live together until George's homophobic son goes to college, and Hannah offers him a spot in her apartment. When she relays the good news to Adam, he gets mad; he didn't offer to move in to be helpful, he did it because he loves Hannah. Hannah thought they had a different kind of relationship. As they argue in the street, Adam gets clipped by a passing van.

After putting Adam in an ambulance (he refuses to let her come with him), Hannah takes her leftover slice of wedding cake and gets on the subway toward home. She falls asleep and wakes up, her purse having been stolen. She finds herself at Coney Island, the end of the subway line, where she sits on the beach and eats her cake as the sun rises.