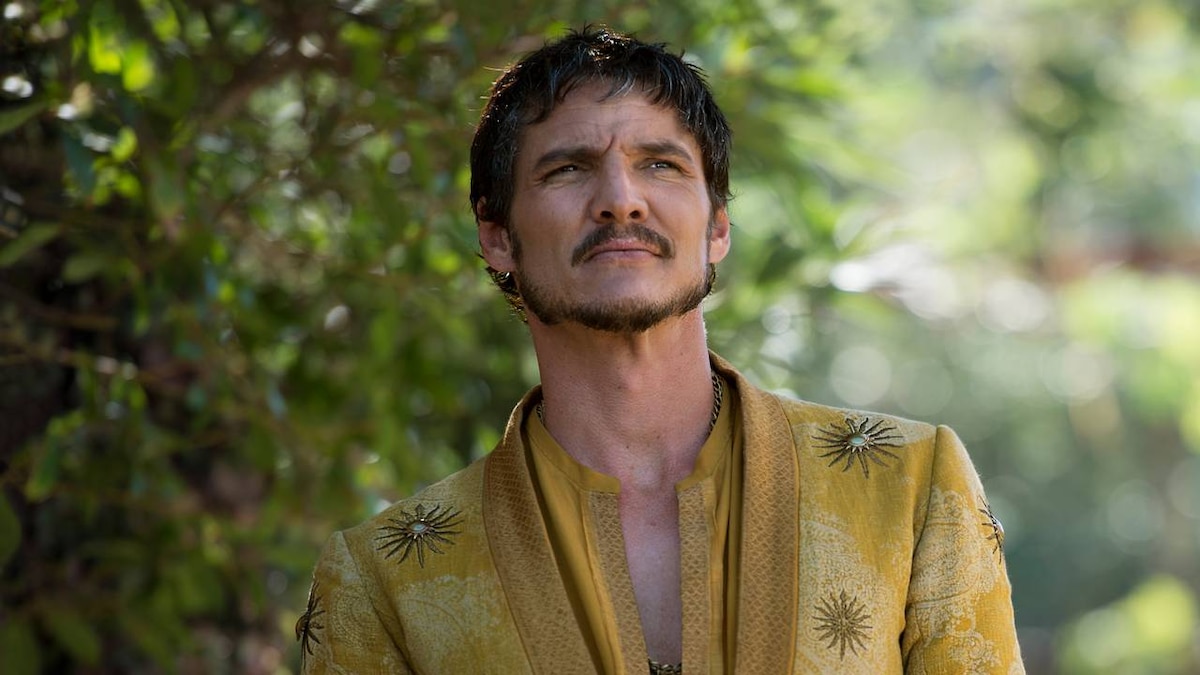 First of His Name

Littlefinger and Sansa are stopped at the only entrance to the Eyrie, the Bloody Gate. The guards immediately stand down once Littlefinger announces himself and "his niece, Alayne." In the High Hall of the Eyrie, Lysa Arryn acknowledges Sansa's true identity and introduces her niece to Robin. Alone with Littlefinger, Lysa demands that they wed immediately. She has already proven herself a dutiful partner, she reminds her intended, as she poisoned Jon Arryn and manipulated the Starks into believing the Lannisters did it. Littlefinger acquiesces and later that night, Sansa is horrified to overhear the noises from her aunt's wedding bed.

After she's settled in, Sansa shares a tray of lemon cakes with Lysa. A friendly conversation takes a turn when Lysa questions the nature of Sansa's relationship with Littlefinger, demanding: "Are you pregnant?" Lysa continues to berate the girl until she breaks down in tears. Finally, Lysa reveals her plans for her niece: Sansa will marry Robin.

Tommen Baratheon is coronated in the Sept of Baelor. Noticing her son locking eyes with Margaery, Cersei approaches Joffrey's widow and confesses she saw her firstborn's true colors. "He would have been your nightmare," Cersei tells Margaery, and offers her a chance to be queen. Margaery demurs - marrying Tommen never crossed her mind - but promises to speak to her father about the honor.

Jorah Mormont informs Daenerys Targaryen and her inner circle that King Joffrey is dead. With Daario Naharis now in control of the Meereenese navy, Dany contemplates an assault on King's Landing. Barristan Selmy advocates the charge, but Jorah has other concerns; the masters of Yunkai have retaken control of the city, and a butcher named Cleon now occupies Astapor. Dismissing everyone but Jorah, Dany decides she will first prove she can rule the cities she's liberated.

Arya Stark lies down next to Sandor "The Hound" Clegane and prepares to sleep. Listening to her reciting the list of the people she wishes to kill, the Hound remarks that they have a name in common - his brother, the Mountain. Arya finishes her prayer with one final name: "The Hound."

The next morning, the Hound finds Arya practicing her "water-dancing." Clegane scoffs at the Braavosi fighting style and enrages Arya by belittling the skills of her teacher, Syrio Forel. Arya lunges at him, but her sword only scratches the surface of the Hound's armor. Effortlessly, he knocks her to the ground.

Brienne of Tarth and Podrick Payne begin their journey to Castle Black, assuming Sansa will have sought shelter there with her half-brother. Irritated with Pod's incompetence, Brienne dismisses the squire from her service. Nevertheless, Pod remains by her side. Later that day, Brienne is surprised when Podrick reveals he killed a member of the Kingsguard while protecting Tyrion at the Battle of the Blackwater. Impressed, Brienne allows Podrick to help with her armor.

Tywin Lannister and Queen Cersei discuss the upcoming weddings of Tommen to Margaery and Cersei to Loras. Their alliance with the Tyrells is essential, Tywin explains, as the Lannister mines have run dry. Cersei accepts her role and reminds her father that unlike her brothers, she has always put the family first. Tywin sees through her subtext but refuses to discuss Tyrion's trial.

Cersei invites Oberyn Martell to stroll the Red Keep. She laments that for all their power, neither could not avoid their respective family tragedies. The queen regent asks about her daughter, Myrcella, a ward of Dorne, and shows Oberyn the sailing ship she had made for her. Oberyn assures Cersei that the girl is safe and promises to deliver the gift.

At Craster's Keep, Locke spies on the mutineers and notices Bran, Hodor and the Reeds tied up in a hut. Reporting back, Locke tells Jon Snow and the others to avoid the hut by explaining there are hounds chained there.

Jojen has a vision of a great weirwood tree and tells Bran, "He's waiting for you." He assures the group that they will know the end when they see it, as he foresees his hand engulfed in flame.

When Karl begins to terrorize Meera, Jojen tries to protect his sister by saying he has the sight. "I saw you die tonight," the boy states. Their conversation is interrupted when the Night's Watch storms the keep. Locke rushes to Bran, and confirms his identity when the boy does not react to a slice on his leg. Realizing he's in danger, Bran wargs into Hodor and frees the giant from his chains. Using Hodor's strength, Bran breaks Locke's neck. Returning to his own consciousness, Bran commands Hodor to free the Reeds and Summer. Spotting Jon, Bran tries to call out to him but Jojen points out that Bran's brother will never allow him to find the three-eyed raven. Bran resolves to leave.

Inside the keep, Jon Snow faces off against Karl. The mutineer's dirty fighting style has Jon at a disadvantage, but when one of Craster's wife stabs Karl in the back, Jon is able to finish him off. Meanwhile in the woods, Jon's direwolf Ghost takes care of Rast. Battle won, the brothers confer with Craster's surviving wives and the women opt to remain where they are. The brothers fulfill the wives' only request: Burn Craster's Keep to the ground.