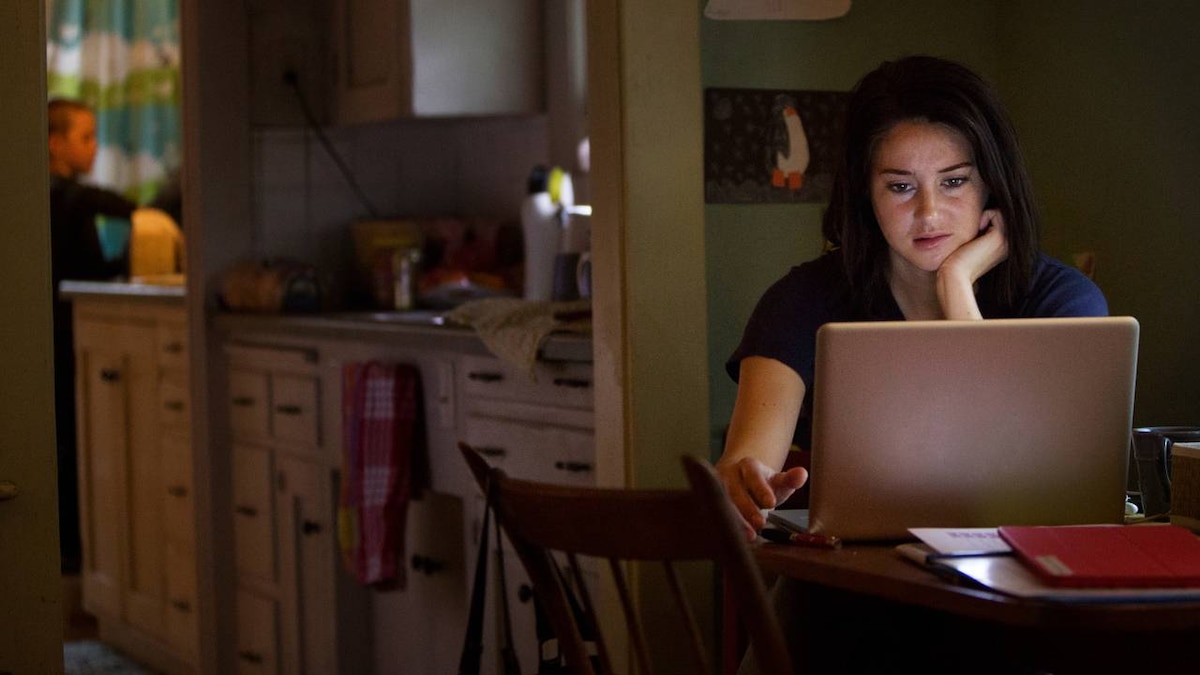 Madeline, Jane, Celeste, Bonnie and Renata all drive to their destinations, each woman focused on her thoughts. Madeline arrives at the theater to get a frosty reception from Joseph. Taking the hint, she leaves to meet with Jane, who reveals she bumped into Nathan at the local shooting range. Madeline is suspicious about Jane's motives for taking target practice now that they've located Saxon Baker.

At home with Amabella, Renata finds bite marks on her daughter's shoulder. She and Gordon urge Amabella to tell them who's responsible, but she won't answer. Renata is incensed and ready to do anything to keep her daughter from future bullying.

Inspired by a text from Celeste, Madeline and Ed are about to have sex on the kitchen floor, when Chloe arrives. Striking a deal with her for 15 minutes to themselves, they get back to it, until Madeline notices an alert on her computer -- Abigail has a "secret project" her friends are posting about. She calls Nathan to inquire, but he writes off her concern as nosiness. When Ed asks Madeline why she's been so distracted, she tells him about going with Jane to see Baker. Ed does not support the idea.

The school contacts Jane about Amabella's bite marks. Frustrated Ziggy is being singled out again, her mood does not improve when Madeline tells her Ed wants to come with them to see Baker. The conversation is interrupted by Joseph, asking to talk to Madeline. They go for a drive and Joseph tells her he believes she isn't done with him. Madeline continues to insist things are through and asks to return to the café. The car is blindsided by an oncoming pickup truck.

Madeline wakes up in the hospital. She is thankful Abigail spends the night at her and Ed's, but struggles with her guilt for lying to Ed about how the accident happened -- and why she was in the car. Everyone involved in the accident is OK, although Joseph has a collapsed lung. A woman, Tori, arrives asking after him, and the doctor tells her, "Your husband will be fine."

Jane meets with Principal Nippal about Amabella and Ziggy. The principal is clearly thrown when the Kleins show up midway through the meeting. Jane realizes how upset Renata is over the situation -- and even feels badly for her. The school decides to hire an aide to specifically watch the two children. Recounting the meeting to Madeline, Jane can't help but wonder: What if Renata's right?

As Celeste applies makeup to various marks and bruises, she listens to a message from Madeline saying they need to stop Jane from visiting Baker. Madeline meanwhile heads to the hospital to speak with Joseph, not realizing that Tori sees her enter. Madeline admits to Joseph he may have meant something to her once, but it doesn't come close to what she feels for her husband. He asks her to stop working on the play, and she agrees.

Celeste visits Dr. Reisman alone to discuss how closely her lovemaking with Perry is linked to anger. Through her questioning, it is clear the therapist knows their relationship gets violent in ways that are not just sexual. Celeste continues to defend the marriage and Perry's behavior, and denies that it has ever influenced the twins. Dr. Reisman gets to the point: Celeste needs a plan for the next time Perry hits her.

Arriving at Saxon Baker's office, Jane pretends to be a potential client for his interior design business. She slowly approaches, leaning in closer than normal, trying to detect a trace of the familiar.

The mothers head to pick up their kids from school. As a favor to Jane -- but unaware of where she is -- Madeline gets Ziggy too. Wiping tears from her face, Celeste brings the boys to meet Perry at the airport; he is thrilled by the gesture. Jane drives madly in her car, screaming, as a police car flashes its lights behind her.