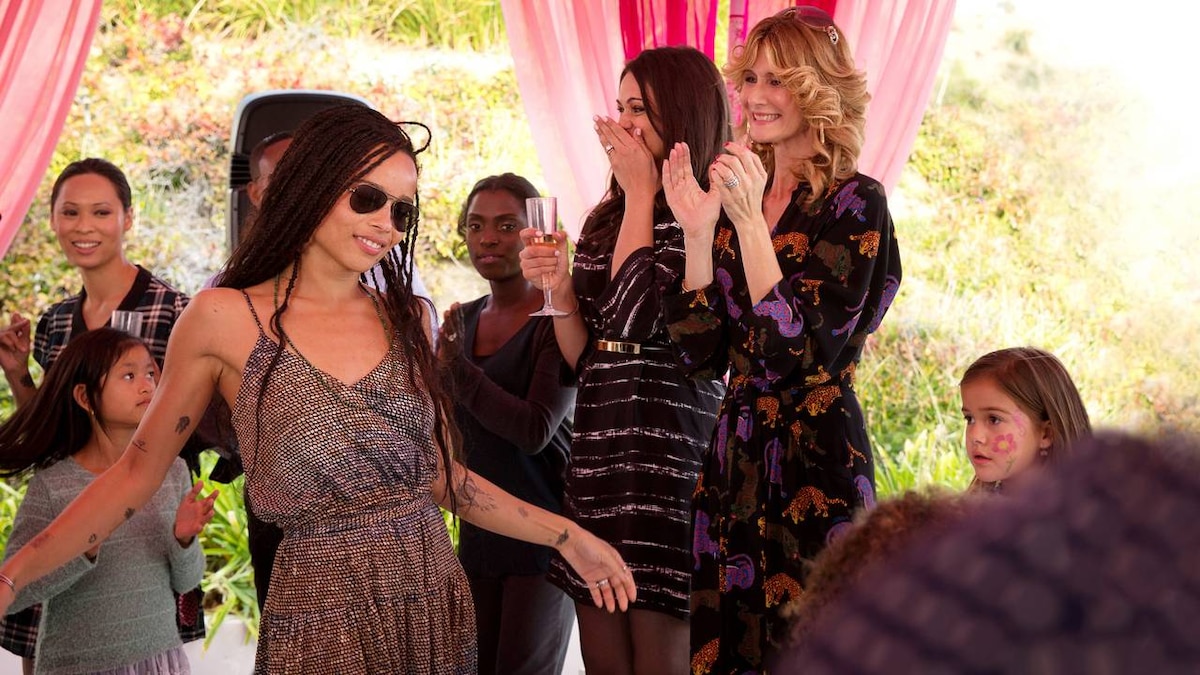 With her birthday on the horizon, Amabella is crestfallen that Chloe and several of the other kids won't be in attendance. Renata tries to fix the issue by calling Madeline, but Madeline doesn't budge.

Perry and Celeste enjoy a night in together, but the atmosphere changes when Perry finds out Celeste and the boys will be attending the skating show without him. He violently grabs Celeste, prompting her to threaten to leave him. Later, he gives her a diamond necklace as a gesture of apology.

The day of the competing events arrives, and Renata presents elaborate Disney-themed gift bags to each birthday guest. Parents and kids have fun dancing and singing together, but a few moms are put off when Bonnie takes the floor, attracting the attention of the dads. Madeline is thrilled that the Disney on Ice event goes well, but Jane is distraught when she accidentally forgets the class stuffed animal at the rink.

Madeline continues to push Joseph towards meeting with the mayor. She tells him she has access to a lawyer: Celeste Wright.

At school, a guidance counselor pulls Abigail aside, and later meets with Madeline to discuss Abby's falling GPA. Abigail confesses she is feeling pressure from her mother to be successful, and would like to try living with Nathan and Bonnie for a while. Madeline is crushed.

Renata visits Gordon at his office and wonders why they aren't spontaneous and fun anymore. The couple has sex in Gordon's office bathroom.

Celeste and Perry have their first session with a therapist, Dr. Reisman. Celeste denies any physical violence in their relationship, but Perry surprises her by telling the truth, and admitting he's afraid of losing her.

At an elementary school assembly, Principal Nippal announces the annual fall fundraiser will be a themed trivia night, with everyone dressing as some iteration of Elvis Presley or Audrey Hepburn. Bonnie approaches Madeline and says she understands that Madeline is Abigail's mother, not her.

Jane belatedly realizes Ziggy has a family tree project due and Madeline rushes over to help. When Ziggy gets agitated that Jane won't offer information about his dad, he rushes off to his room. Jane tells Madeline his father was a one-night stand gone wrong. She describes meeting the charismatic Saxon Banks in a bar, and then fearing him when he became very physical with her. Madeline learns Jane has never told anyone else about Saxon Banks.

That evening, Celeste tells Perry she feels hopeful for them in the first time in a while; they dance. Renata explains to Gordon the difference between wanting to have sex with her and really desiring her. Jane fantasizes about shooting the silhouette of a man walking into her apartment. Madeline returns to her own house and looks into Abigail's now empty room.