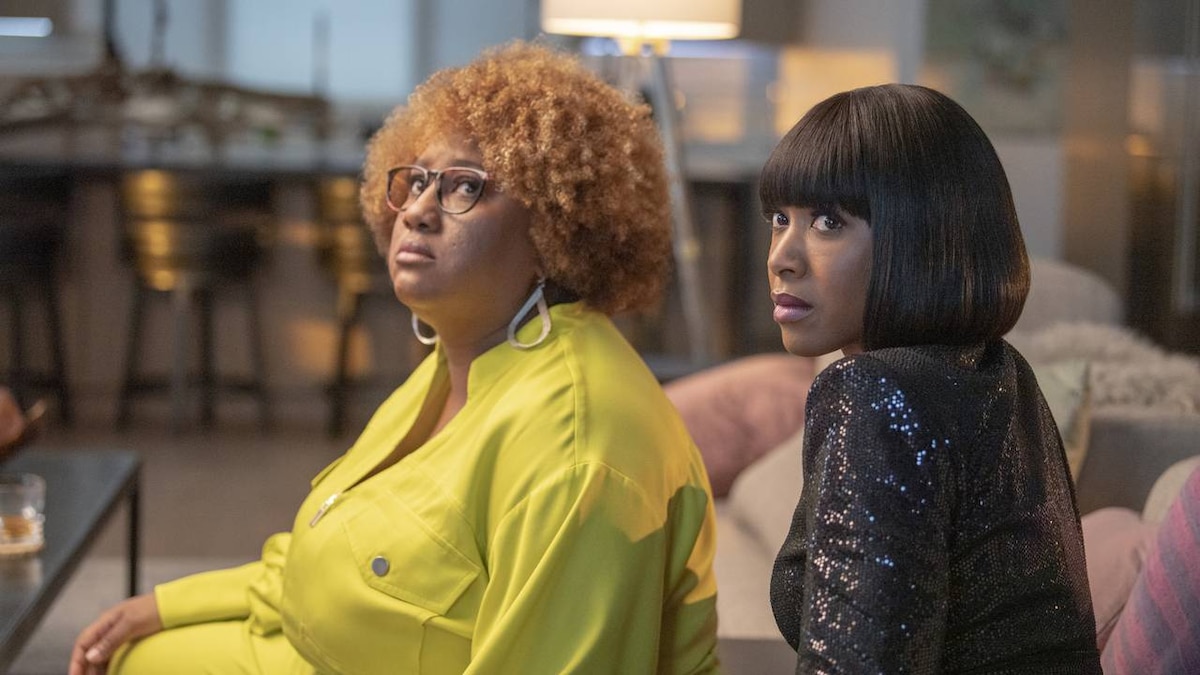 Comedian/actor/writer Robin Thede created and stars in this half-hour sketch comedy series featuring a core cast of four women--Thede, Quinta Brunson, Ashley Nicole Black and Gabrielle Dennis--as they portray an array of dynamic and varied characters, as well as hyper-versions of themselves in interstitials featuring four friends stuck in a house after an apocalypse.

1.Angela Bassett Is the Baddest B***h

2.Your Boss Knows You Don't Have Eyebrows

Shayla forgoes her makeup to her coworker's dismay; Trinity hunts down an elusive villain.

3.3rd & Bonaparte Is Always in the Shade

Asia finds herself on the receiving end of a viral proposal; new recruits discuss goals at a gang orientation.

4.Where Are My Background Singers?

A divorce party spirals out of control; the tragic tale of Rome & Julissa.

A pastor tries to take back control of a church potluck.

6.Born at Night, But Not Last Night