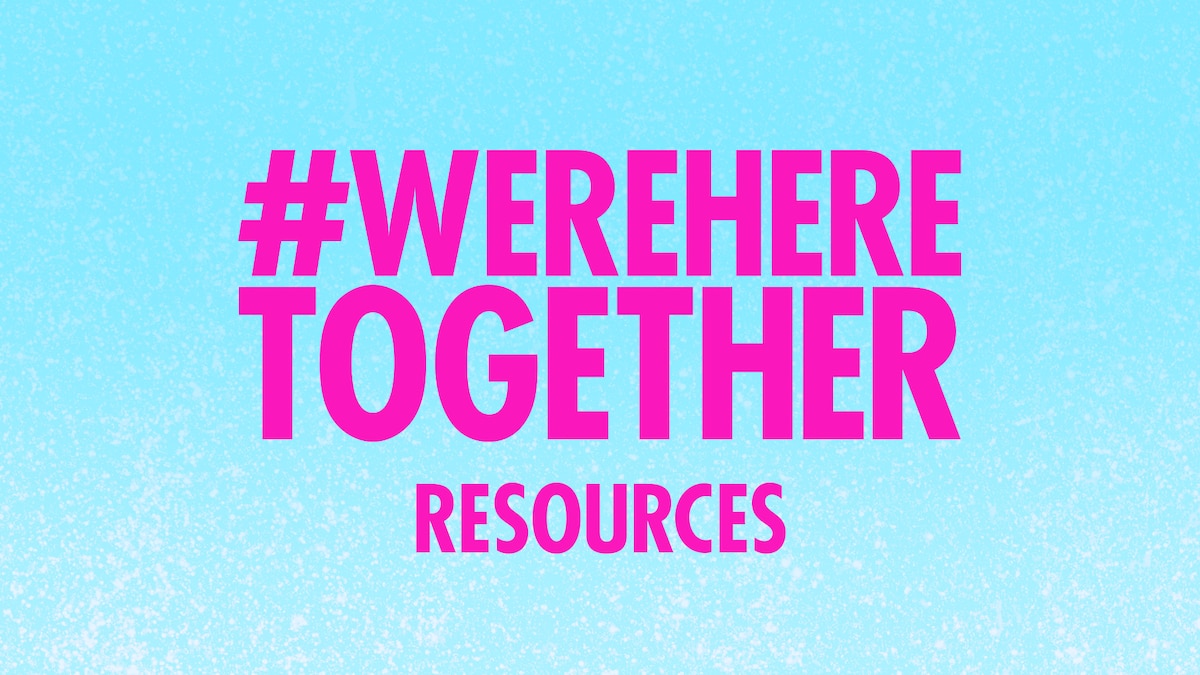 If you or someone you know needs support, visit these organizations for more information.

The Tri-State Alliance, known locally as TSA. was formed by local community members to support the tri-state LGBTQ communities, and that remains our mission. We have seen a great deal of progress on our issues, and we continue our work on these issues and the discrimination issues faced by others. Allies working together to spread Truth and Justice everywhere is what overcomes the lies and bigotry that we've all experienced. We are a diverse group of LGBTQ+ and allied volunteers who work together to improve our area, block by block, and person by person. We provide education and outreach as we try to make our region, nation, and world safe for our diverse multicultural communities.

The Black Hills Center for Equality’s mission is to equitably serve and advocate for the LGBTQ+ community and their families, through support, outreach, and connections to inclusive community resources.

Colorado West Pride is the largest pride organization on the Western Slope of Colorado. We throw several events a year, including PRIDE! We work to build a positive environment for the LGBTQ community. As we promote equality, we work alongside our community to make sure it is well-informed and has a voice to make a difference.

One Colorado is the state’s leading advocacy organization dedicated to advancing equality for lesbian, gay, bisexual, transgender, and queer (LGBTQ) Coloradans and their families. We effectively advocate for LGBTQ Coloradans and their families by lobbying the General Assembly, the executive branch, and local governments on issues like safe schools, transgender equality, relationship recognition, and LGBTQ health and human services.

Protect the Sacred is a grassroots initiative that was created in response to the growing COVID-19 crisis in the Navajo Nation by empowering Navajo youth as leaders and working with allies to meet the health needs of the community. Young people rise up as the next generation of leaders in protecting their elders, languages, medicine ways and cultures. The Navajo Nation, the country’s largest Native American reservation, now has a higher death rate per capita than any U.S. state except New York, New Jersey, Connecticut and Massachusetts. With a population of 175,000 living on the reservation, 3,245 confirmed positive cases and 103 deaths as of May 12, the Navajo Nation now has more known COVID-19 cases per capita than any U.S. state.

Protect the Sacred is partnering with Tribal leadership, artists, and leaders of the entertainment industry and media to share their expertise and resources to provide donations and medical assistance. Protect the Sacred is supported by nonprofit organization Harness, and works in partnership with the Office of the Navajo Nation, We Stand United and Native Renewables. To learn more and support visit www.protectthesacred.care

In response to hunger needs brought on by Covid-19 and the subsequent shut down of nightlife, Feed The Queens is a national initiative founded to galvanize support in the fight against food insecurity among drag queens, drag kings and trans drag performers within the nightlife and performing arts communities. Feed the Queens’ goal is to raise enough funds to help at least 1,000 applicants, with a benchmark focus on queens and performers of color.

GLAAD rewrites the script for LGBTQ acceptance. As a dynamic media force, GLAAD tackles tough issues to shape the narrative and provoke dialogue that leads to cultural change.

By inspiring and engaging individuals and communities, the Human Rights Campaign strives to end discrimination against LGBTQ+ people and realize a world that achieves fundamental fairness and equality for all. HRC envisions a world where lesbian, gay, bisexual, transgender and queer people plus community members who use different language to describe identity are ensured equality and embraced as full members of society at home, at work and in every community.

One in five Americans live with a mental health condition. NAMI provides advocacy, education, support and public awareness so all individuals and families affected by mental illness can build better lives.

Our mission is to build on a foundation of loving families united with LGBTQ+ people and allies who support one another, and to educate ourselves and our communities to speak up as advocates until all hearts and minds respect, value and affirm LGBTQ people.

Piedmont Care is the nonprofit 501c3 organization providing HIV/AIDS care, prevention, and advocacy in Spartanburg, Cherokee, and Union counties of South Carolina. We are the only organization in our community 100% dedicated to the fight against HIV/AIDS. The mission of Piedmont Care, Inc., an educational and advocacy organization, is to coordinate and provide medical, social, and psychological services for individuals and families affected by or at risk for HIV.

The mission of the Proud Mary Theatre Company, a 501 (c) 3 non-profit and non-professional theatre, is to present LGBTQ+ voices and stories in Spartanburg and the entire Upstate region through theatrical plays: compelling dramas, rib-tickling comedies, campy musicals, and local original works and avant-garde pieces that celebrate diversity and acceptance.

VAC is a non-profit HIV service organization that delivers culturally appropriate sexual health and wellness services in South Texas and advocates for the Latinx population at the local, state and national level.

The Knights and Orchids Society (TKO) is a southern centered grassroots startup founded and led by black, queer, transgender and gender non-conforming people fighting at the intersections of racial and gender justice. They are a direct support program that provides resources to rural and isolated areas of Alabama where folks are having difficulty achieving resources to reach transition goals. Their mission is to improve the quality of life within the LGBTQ+ community by creating safe spaces that empower, educate, and unite queer people of color in rural areas.