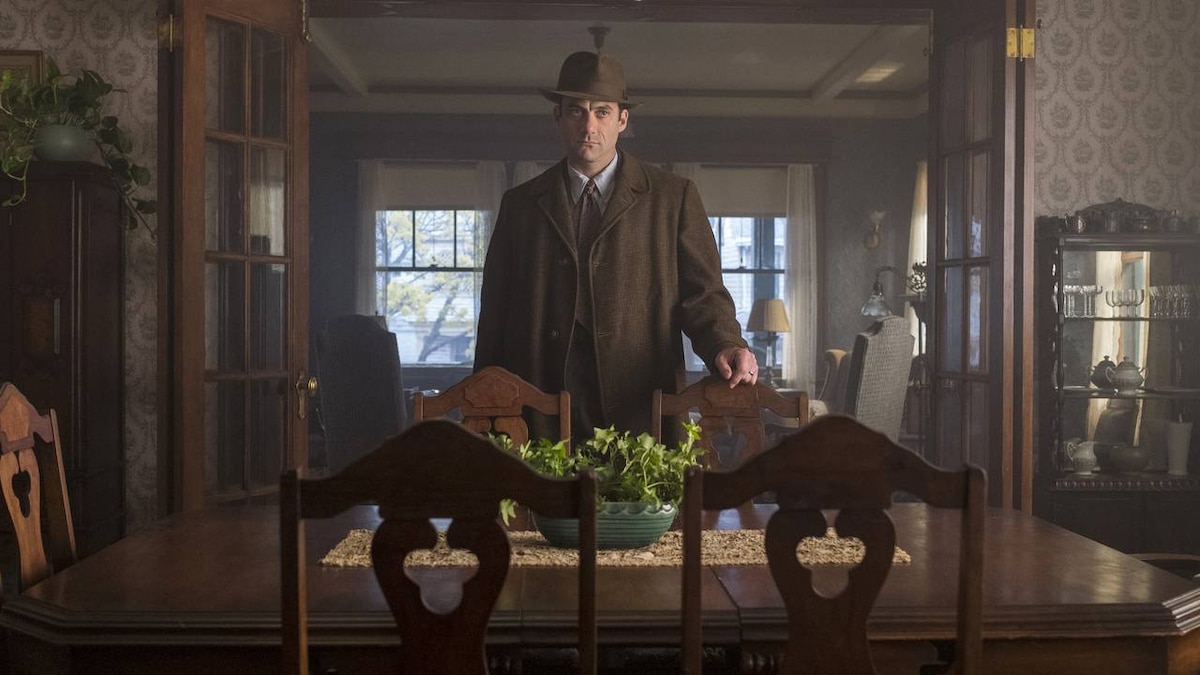 The Plot Against America | Season 1 | Episode 5

After learning the family has been selected for an essentially forced relocation to Kentucky under the Homestead Act, Herman looks to make a challenge in court, while Bess and Philip appeal to Bengelsdorf and Evelyn, respectively. Later, Bess gives Herman an ultimatum when violence breaks out at a rally for Lindbergh's most public liberal challenger.

Series premiere. Herman looks to move the family to a new neighborhood, as Bess worries about leaving their tight-knit Jewish community.

Bengelsdorf, with Evelyn as his assistant, becomes a fundamental asset in the Lindbergh camp.

The family endures a trip to D.C., despite Bess' desire to visit Canada, where many frightened Jewish families are moving.

Evelyn makes Sandy the face of the "Just Folks" program, despite Bess' and Herman's objections.

Herman, Bess and Philip each struggle to accept the family's selection for the Homestead Act and imminent relocation to Kentucky.

Series finale. The familial ties in the Levin family reach a breaking point as violence, conspiracies and chaos run rampant.