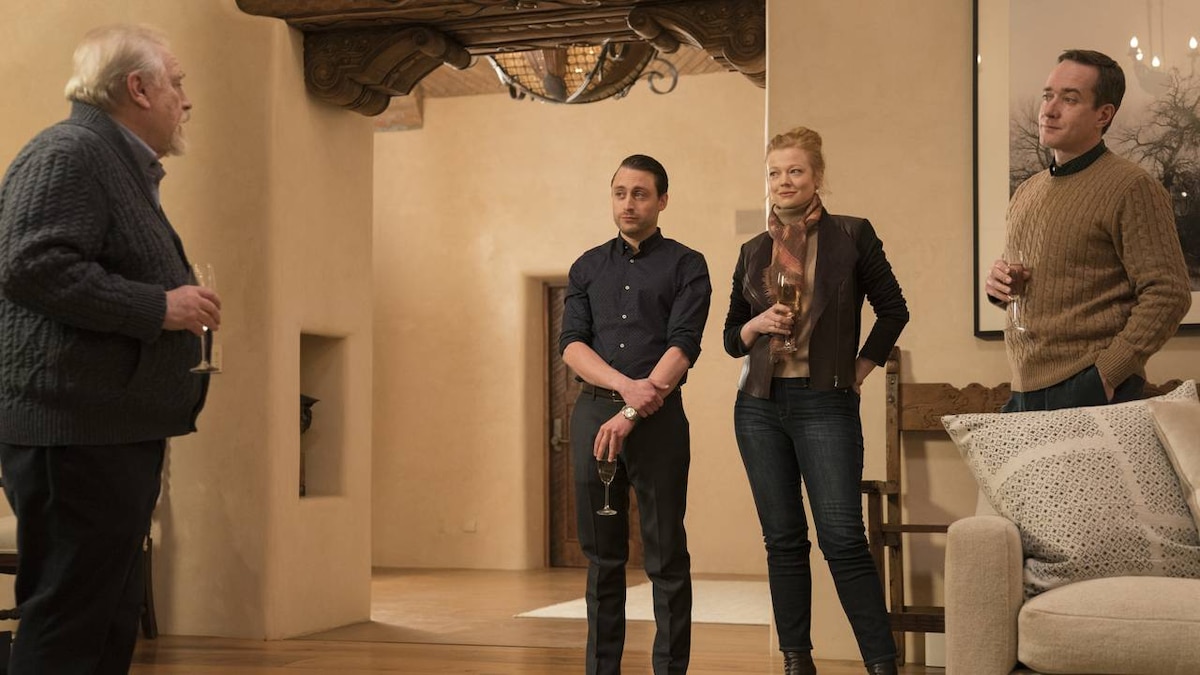 Since Kendall's ousting from Waystar and subsequent lawsuit against the company, the Roy family's image has become increasingly toxic. After Logan gets assaulted by an activist on his way to the office, he decides to repair the public perception of the family by holding a group therapy retreat at Connor's ranch in New Mexico. His children are unaware that the retreat is being photographed for a public relations campaign until after they arrive. The therapy session leads to bickering, some half-hearted involvement from Logan, and an abrupt intermission. Making matters worse, the therapist injures his face during the break by taking a dive in the shallow end of Connor's pool.

Shiv quietly exits the retreat to meet with Nate and his candidate, Gil Eavis, about helping his campaign. Despite the ideological differences between Gil and the Roy family, Shiv agrees to join the campaign. After their meeting, Shiv initiates some foreplay with Nate while they're in the car.

Kendall travels to New Mexico to attend the family retreat, but he instead relapses hard -- first at a local pub, then with some meth heads he meets during the drinking binge. Roman figures out that Kendall is high and rushes to pick his brother up and bring him back to the ranch.

Logan confronts Shiv about her secret meeting with Gil, accusing her of rebelling against the family. When Shiv defends her decision, Logan then claims that her choices, including her choice to marry Tom, were motivated out of cowardice. Kendall joins the argument, still under the influence and resentful about getting ousted, leading to more bickering between father and son over their relationship and the future of the company.