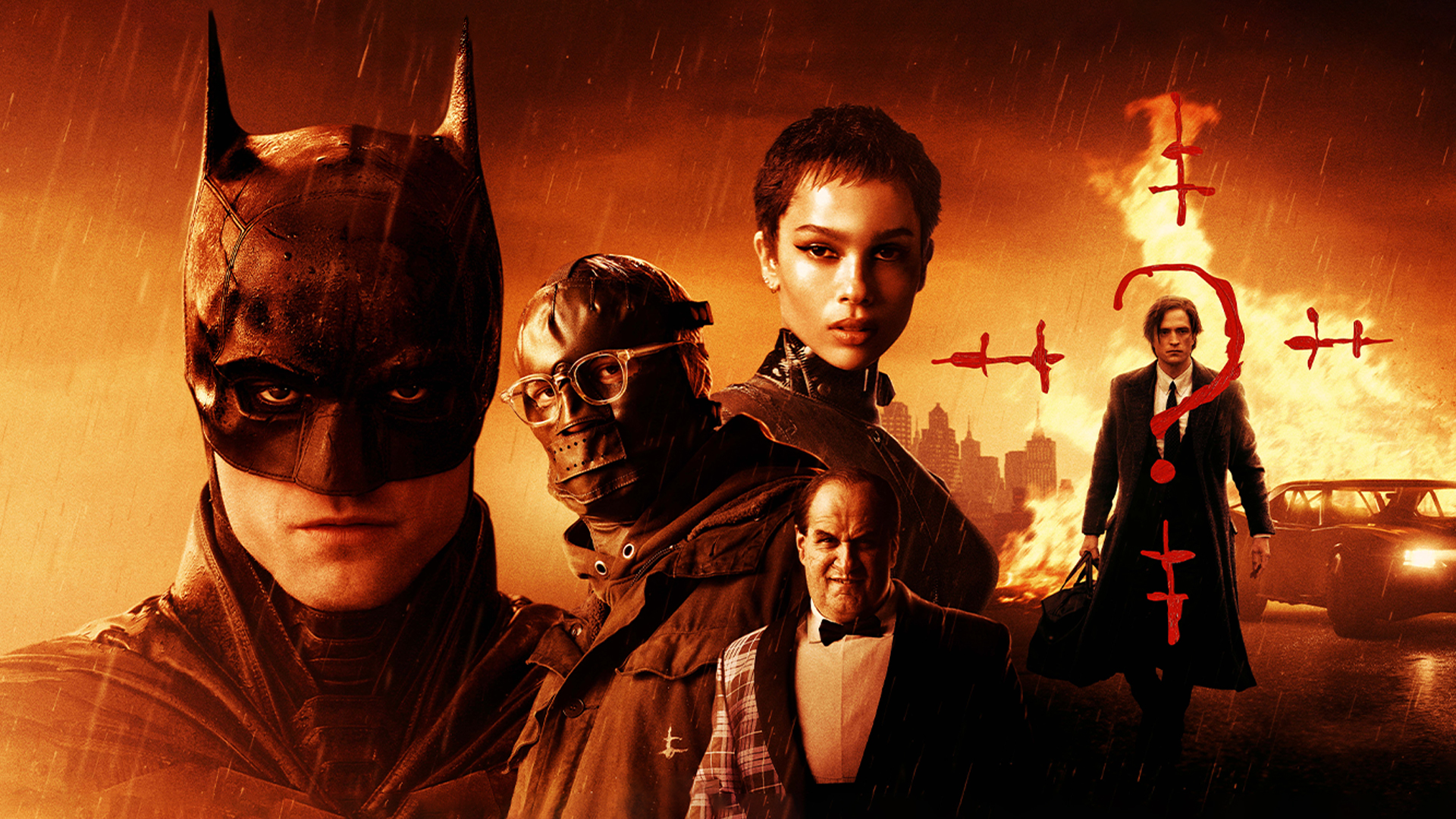 The Batman | Bruce Wayne (Played by Robert Pattinson)
The Batman is two years into his role as Gotham’s embodiment of vengeance – a nocturnal vigilante who strikes fear in the hearts of criminals. A reclusive scion of Gotham’s richest family questioning his family’s legacy, The World’s Greatest Detective stalks the streets at night employing a lethal combination of mental mastery, physical strength and expert technology on his journey to becoming the City’s symbol of hope.

Catwoman | Selina Kyle (Zoë Kravitz)
Selina Kyle is a mysterious figure who is quietly infiltrating Gotham’s seedy underbelly to further her own agenda. Her fierce attitude and tenacious agility are the perfect tools to excel as a cat burglar, but hidden underneath the array of identities and the motorcycle leathers is a protective soul who’s more at home with the city’s strays than its citizens.

Lieutenant James Gordon (Jeffrey Wright)
Lieutenant James Gordon is one of Gotham City Police Department’s finest. A seasoned cop with a clear sense of integrity, Jim Gordon provides the GCPD (and the city) with a much-needed moral compass. As one of the few public figures who count The Batman as an ally, he uses his power and authority as a force for change.

The Riddler | Edward Nashton (Paul Dano)
The Riddler has quickly established himself as Gotham’s deadliest threat yet. This enigmatic, masked killer has devised a sinister series of puzzles and tortuous devices to entrap Gotham’s elite and publicly unmask the city’s darkest truths.

The Penguin | Oswald "Oz" Cobblepot (Colin Farrell)
The Penguin, aka “Oz,” is the proprietor of Gotham’s exclusive nightlife hotspot, The Iceberg Lounge, a meeting place for the city’s underworld. While this shady crook is known for running his mouth as well as running operations for the city’s top gangster, Carmine Falcone, he definitely has designs on even more.

Alfred (Andy Serkis)
Alfred is Bruce Wayne’s pillar of strength, inhabiting the role of both father figure and closest ally. As the only person to know The Batman’s identity, Alfred wrestles with his ward’s duty to protect both the Wayne family legacy and the city.

Carmine Falcone (John Turturro)
Carmine Falcone is the head of one of Gotham’s most established crime families. Holed up in The Shoreline Lofts, this hermit-like kingpin manages to exert power and influence on the city without taking a single step outside.

Bella Reál (Jayme Lawson)
Bella Reál is the youngest challenger for Gotham’s Mayoral Election. Using grassroots tactics to rally her supporters from the ground up, Bella is prepared to rip up the rule book in order to cleanse the city of crime.