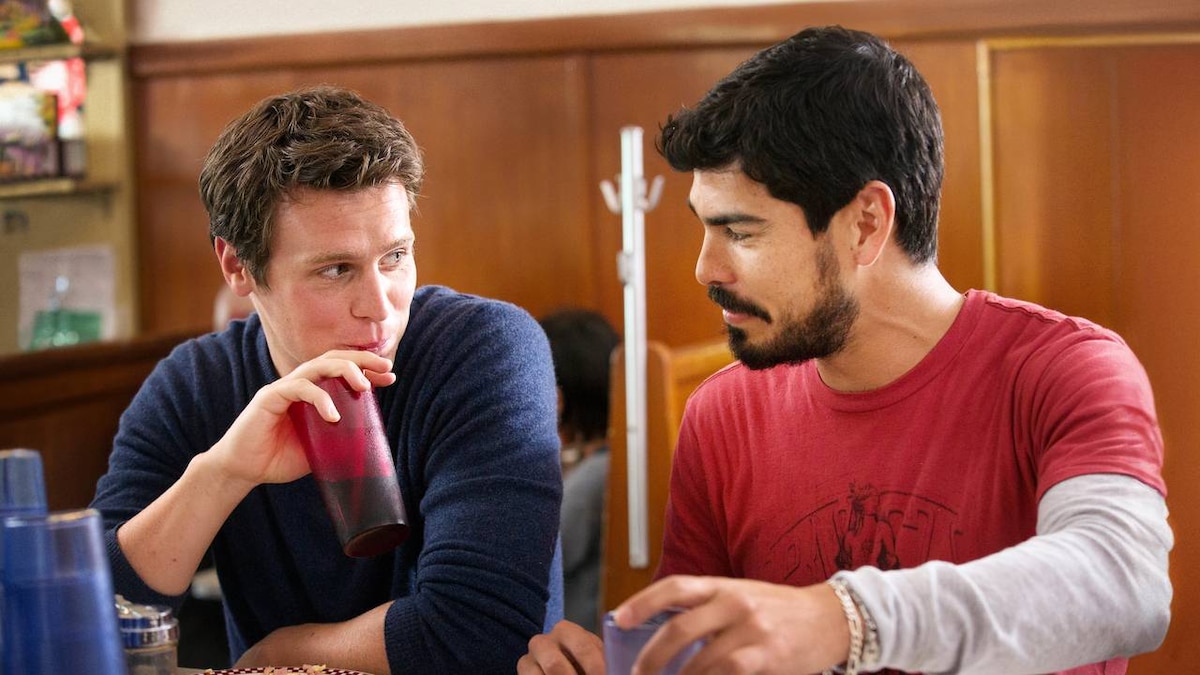 Looking for the Future

Patrick lies awake in Richie's bed while Richie sleeps next to him. Patrick takes a shower, brushes his teeth with his finger and rummages through Richie's medicine cabinet before he hears Richie from the bedroom. Richie is sitting naked in the bed, singing in Spanish and playing the bass guitar. "It's the instrument of love," Richie tells an amused Patrick. Later, Patrick tries to head out because he's late for work, but only makes it a few steps out the door before he turns around and returns to Richie's bed.

While eating together at a diner, Richie asks Patrick if he ate pineapple the previous day because he could taste the flavor in his semen. That conversation prompts Patrick to express concern about sexually transmitted diseases. "I sneeze and I feel like I've got HIV," Patrick tells Richie, who reveals that his last boyfriend was HIV-positive, an admission that scares Patrick. On the way out of the restaurant, Richie buys Patrick a pack of ‘Goonies' trading cards and Patrick professes his childhood love for one of the movie's stars, Sean Astin. Patrick calls in sick to work.

The men head out to a destination of Richie's choice. On the bus ride, Patrick tells Richie about his first time with a guy -- coincidentally, it was on a bus, too, but on the way back from computer camp as a teenager. To Patrick's surprise, the guys end up at Morrison Planetarium in Golden Gate Park. "It's probably my favorite place in the whole city," Richie shares.

"This is sort of like," Richie references ‘Friends,' "when Ross took Rachel on their date." Patrick thinks he is Ross, but Richie thinks it's the other way around since Rachel was in charge, which leads to a conversation about sexual positions. "What is it about my ass that screams out I want to be f*cked?" Patrick asks incredulously. "You think you'd be embarrassed if your parents thought you were a bottom?" Patrick says no, but then admits "maybe a little bit." Richie tells him not to be ashamed: "Those terms" -- referring to sexual positions -- "are for people on websites. How do you know what you're into with a guy sexually until you're with them?"

Richie tells Patrick about his first sexual experience with a guy. Patrick discloses his coming out story and admits that he's never introduced a boyfriend to his mother. The pair heads toward the ruins of the Sutro Baths, and both men admit they'd like to get married eventually. Richie says he doesn't worry about the big stuff in life because he has a señora who foretells his future. Patrick is intrigued, but skeptical. "We all have our things that sound dumb to others," Richie says.

In a twist, Richie takes Patrick to his señora later that day. Patrick gets freaked out when he realizes that Richie will have to translate what he assumes will be terrible fortunes, so they leave. Later, in bed, Patrick thanks Richie for not making him stay at the señora's -- and for the great date -- as they grab a condom. 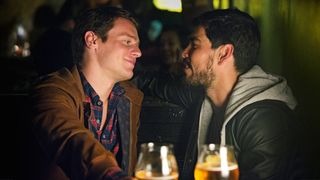 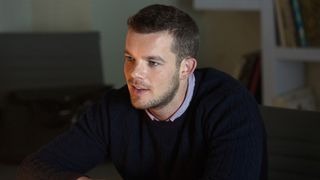 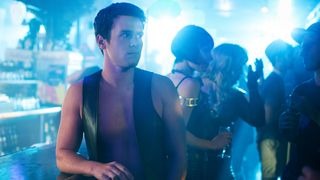 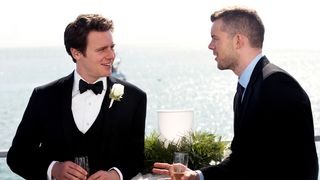