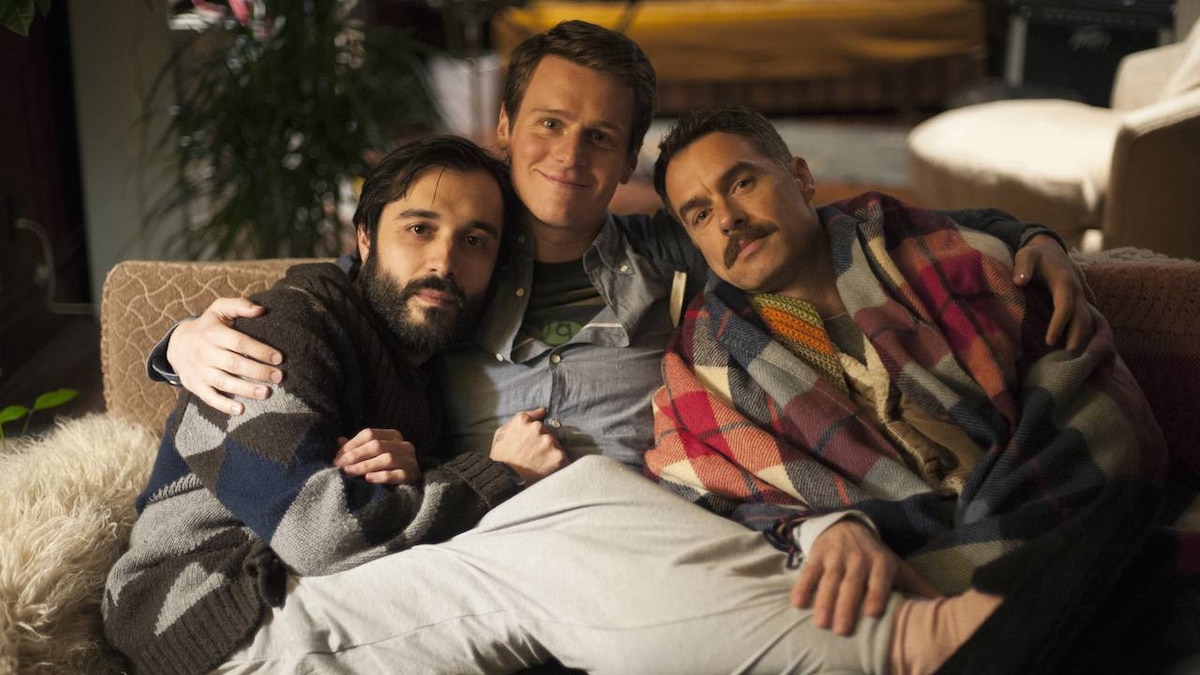 In the woods of San Francisco, Patrick begins hooking up with a bearish guy when his phone rings and kills the mood. Minutes later, he meets up with pals Agustín and Dom, to whom he describes the failed conquest as "not even hipster hairy -- like gym teacher hairy." The three spend the evening hanging out, smoking weed and talking about the bachelor party that Patrick's ex, Jason, is jointly throwing with his fiancé Gabe. Dom agrees to attend the bachelor party with Patrick.

The next morning, while still in bed, Patrick overhears his roommate, Agustín, and his boyfriend Frank having sex in the next room. Agustín finally agrees to move out of the apartment he shares with Patrick into Frank's place across San Francisco Bay in Oakland. Agustín breaks the news to Patrick, who seems excited for his soon-to-be-ex roommate.

Dom tells his roommate Doris that he is thinking about reaching out to his ex Ethan, who now sells condos in LA. Doris calls him "crazy" for considering that, although Dom rationalizes his actions by saying he's thinking about getting into real estate. "Are you really okay?" Doris asks. Dom responds: "Yeah, I just need to get laid."

At the Most Dangerous Games office where he works as a video game designer, Patrick is caught surfing OKCupid by his co-worker Owen. He explains what he's searching for: a new roommate -- or a two-for-one deal of a roommate and boyfriend. Patrick confirms that he has a date for that night with a doctor, Benjamin, at the Press Club.

While putting together a large art project, Agustín is told by his boss, artist Stina, that he needs to stay and get her newest installation put together. She introduces another worker, Scotty.

At his job as a waiter at Zuni, Dom is complaining about how his customers are "tech assholes." It's like "1999 again." Later, Dom's sexual advances on a younger co-worker are rebuffed, which is a big hit to his ego.

Patrick's date with Benjamin goes terribly, as Benjamin asks him questions like whether he's drug and disease free. After Patrick mentions his cruising experience from the previous day, Benjamin cuts the date off, announcing: "When it's working you shouldn't have to try so hard."

On the train after his date, Patrick encounters Richie, an aspiring barber who asks if he wants to join him at Esta Noche, where he's working the door that evening. "We got a special tonight," Richie flirts, "Pretty blue eyes drink two for one." Patrick says he can't make it, but Richie persists. "If I call you," he asks, "will you hang around with me?"

Dom and Patrick meet up at the bachelor party and complain about their respective, dismal romantic situations in addition to the weirdness of the joint bachelor party. "The Lord tells us," Dom says, "that a bachelor party is between one man and one stripper." Patrick recounts meeting Richie on the train, and Dom tells his friend he's only looking for "some f*ckhead with a Stanford degree." Dom encourages Patrick to "stop giving a shit what anyone thinks" and leaves to find a "blonde slut to help him regain his self respect." Fueled by Dom's encouragement, Patrick shows up at Esta Noche and sees Richie at the door. They smile at each other.