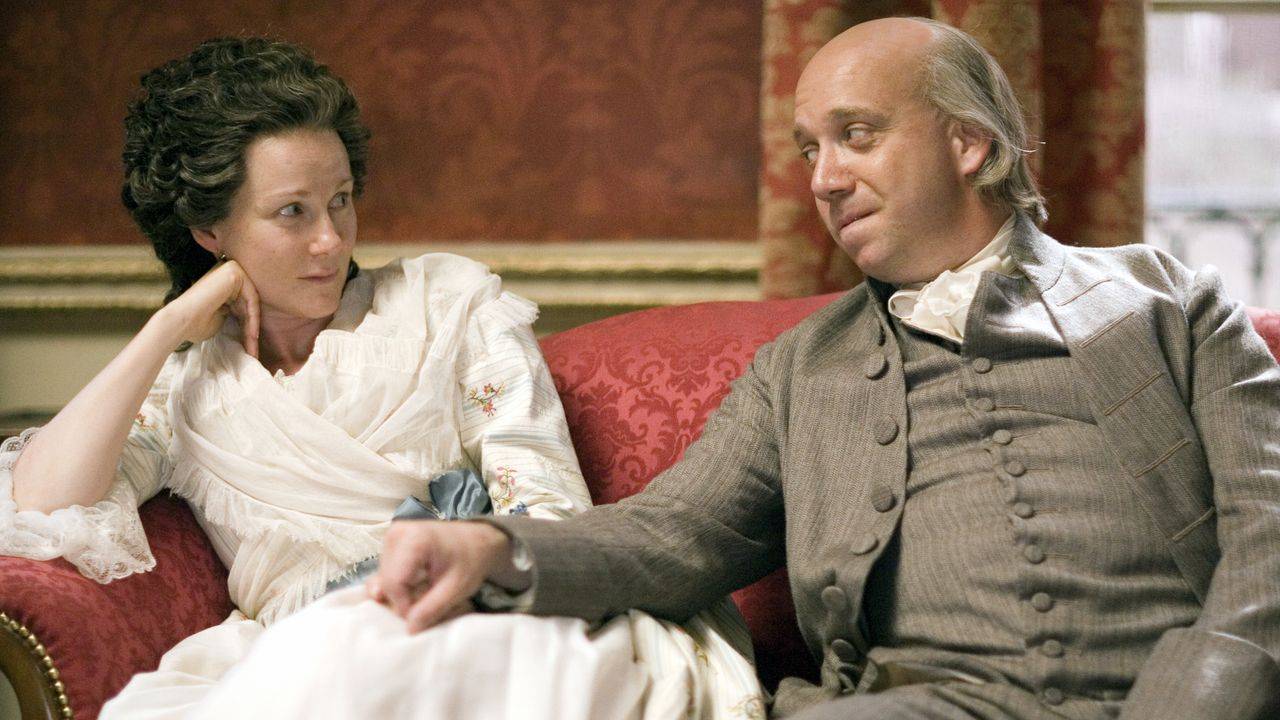 Convalescing in Holland, Adams learns of the British surrender to Washington at Yorktown. The Dutch, unwilling to part with their money during the war, now generously open their pockets to Adams and America. Returning to France to secure commerce with other nations, Adams sends for Abigail, and the two reunite in his opulent mansion in Paris. Also arriving is Jefferson, who suffered a catastrophic loss with the death of his wife. Both Jefferson and Abigail fall under Paris' heady spell, attending opera and luxuriating in the city's intoxicating lifestyle. But a missive from America sends Adams to London as the nation's first minister to Britain, while Jefferson replaces Franklin in Paris. In London, Adams has a dramatic and memorable meeting with King George III, in which the King recognizes the friendship of the United States as an independent nation. With a new federal government about to be elected in America, Adams and Abigail finally return to Boston, where Adams is given a hero's welcome while reconnecting with his children. In the Adams' new home, Peacefield, John deals with family concerns - including son Charles' debauched behavior at Harvard, John Quincy's courtship of a young woman, and the overtures being made by his aide, Col. William Smith, towards Adams' daughter, Nabby. Though he vows to remain "unemployed," Adams soon realizes that he and Abigail weren't meant "to sit in the shade of life." The election of the first U.S. President and Vice-President is at hand - and Adams will again be putting his private life on hold. 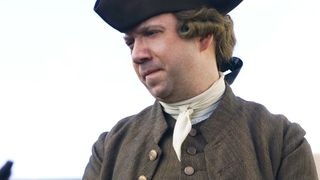 Boston, 1770. In the aftermath of the Boston Massacre, John Adams takes the defense of the accused British soldiers. 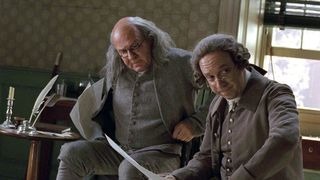 Adams wins over skeptical delegates in the charge to declare independence in July of 1776.

1777. Adams is appointed Minister Plenipotentiary to France along with Benjamin Franklin. 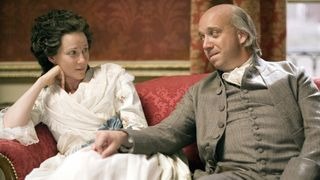 1781. Adams joyously learns the British surrendered to Washington at Yorktown and reunites with Abigail in Paris. 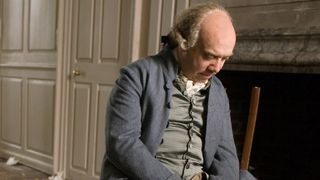 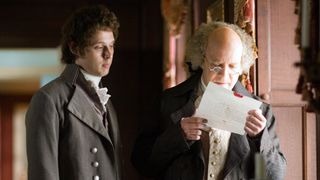 Abandoned by Jefferson for retaining Washington's cabinet, President Adams holds firm on keeping the nation out of war.

In retirement, Adams starts writing his memoirs, then endures a series of tragedies.