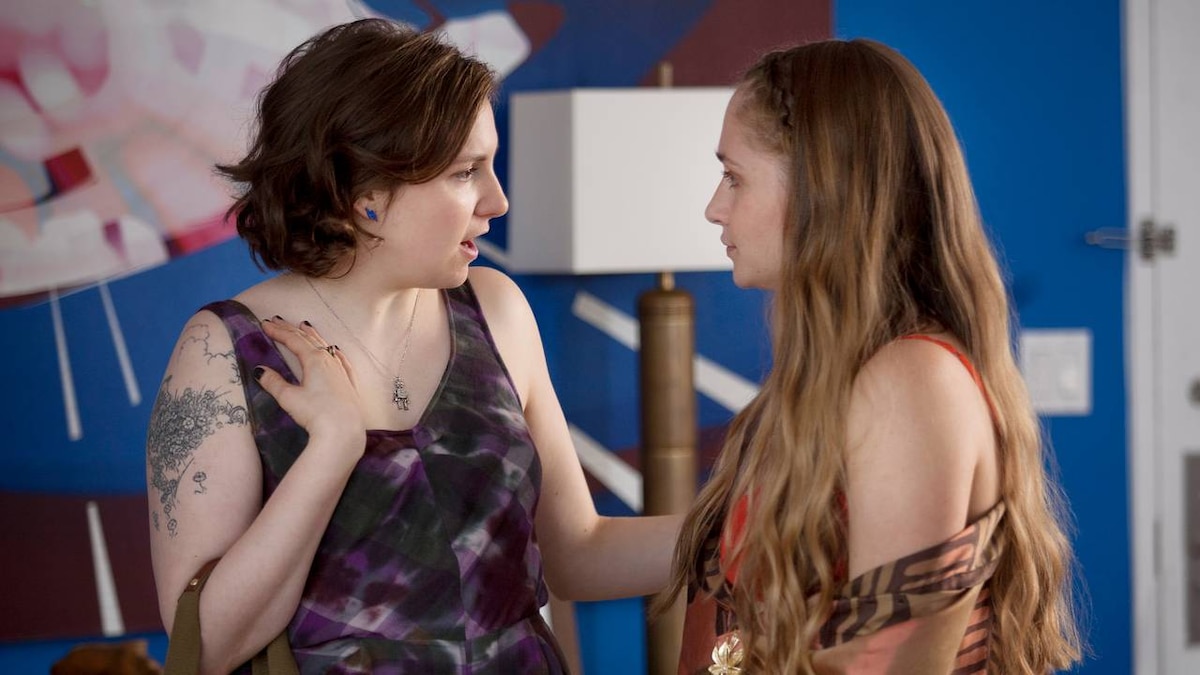 George dumps Elijah for having sex with Marnie, despite Elijah's argument that it didn't last long enough to count and that he might be bisexual.

Adam writes a breakup album for Hannah and sends her a series of sinister videos of himself performing each song. She worries that Adam is not murder-y in a sexy way like she once thought, but murder-y in a murder way. Elijah deflects her questions about why George dumped him.

Marnie receives her first rejection when, during a job interview, a gallery owner says she doesn't see Marnie in the "Art World." When she worries about what to do next, Ray and Shoshanna advise her to get a "pretty person job" to pay the bills in the meantime. She takes a job as a scantily-clad hostess in an upscale, private club.

Hannah visits Jessa and Thomas-John for the first time since their quickie wedding. Jessa assures a doubtful Hannah that's she's never been happier: "This is what it's like when the hunt is over." The story's a little different when it comes to Hannah's relationship: Jessa thinks it's totally fine that Sandy's a Republican but crazy that he hasn't read the essay that she gave him three days ago. "If he's not reading your essays, he's not reading you."

Hannah confronts Sandy about her essay. He admits he read it but didn't like it, and he didn't want to talk about it because he was afraid Hannah would "get weird." Pretending to take his criticism in stride, she instead flips out about Sandy's conservative political views. When she makes a misguided comment about minorities on death row, Sandy accuses her of fetishizing him because he's black, and they break up.

Marnie and Elijah talk about how to handle their "situation" with Hannah. Marnie doesn't want there to be a secret between them, but Elijah convinces her that Hannah is too thin-skinned to handle the truth.

Adam shows up at Hannah's late that night and lets himself in with the key she gave him while they were together. He apologizes for the hostile songs but refuses to abandon his pursuit because to do so would be to "shirk self-respect." Hannah dials 911 but hangs up after the first ring.

Once Hannah chases Adam around her apartment, shoves him repeatedly and screams at him to go away, he finally seems to realize that she's serious. As he's about the leave, the police show up in response to her 911 hang-up. Though Hannah denies calling 911 or that there is a problem, Adam is nonetheless arrested - for two unpaid parking tickets and an ignored summons for public urination.