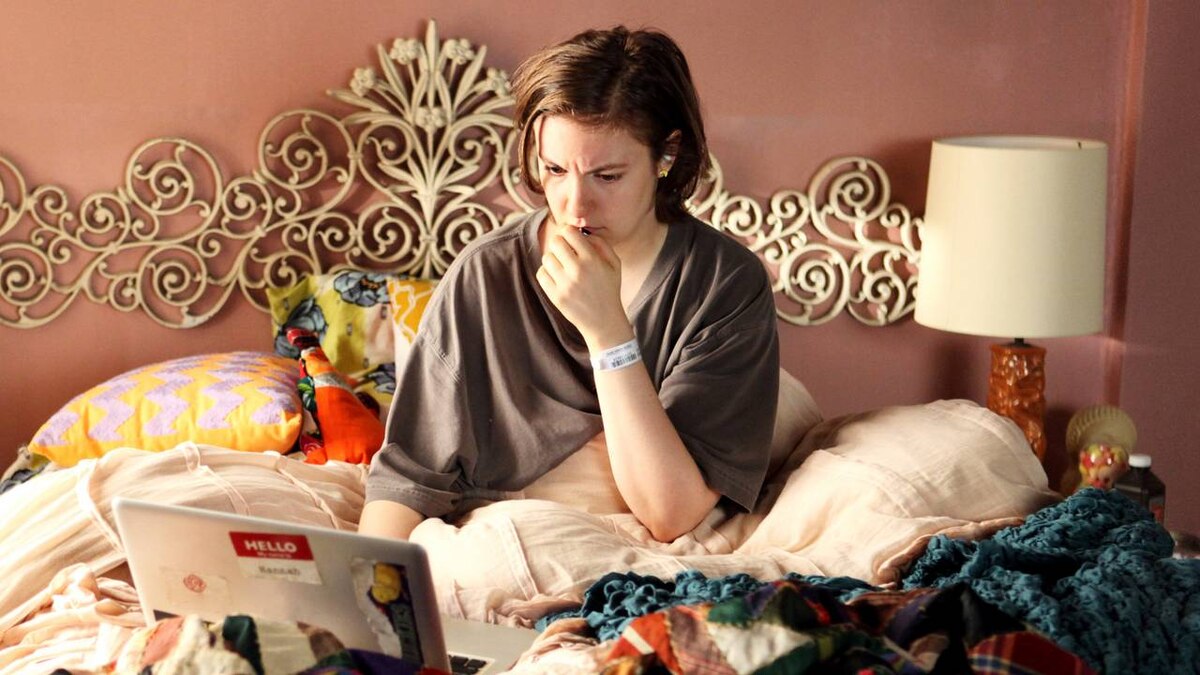 Hannah's hit rock bottom—she's unwashed, having difficulty hearing with her abraded eardrum, and making some really hypochondriacal Google searches. When her publisher demands the new pages she promised, she blames the lack of progress on her ear injury—and he threatens to sue her for the $5,000 advance she was paid.

Adam finds himself less enchanted with Natalia after she refuses to play along with his dirty talk, insisting on calling the shots herself. Things aren't as positive between Ray and Shoshanna, who finally admits to Ray that his lack of ambition is wearing on her.

Hannah asks her father to borrow five thousand dollars in order to return the e-book advance and take the pressure off, but he accuses her of being manipulative and refuses.

At brunch with Charlie, Marnie is happy that they've had their experiences and are ready to settle down, but Charlie scoffs at the notion. Marnie realizes she's misinterpreted the meaning of their reunion and causes a scene in the restaurant. When she breaks down and admits that she loves him and wants to be with him forever, Charlie tells her that that's all he ever wanted to hear and that he loves her too.

At Grumpy's, Ray informs his boss, Hermie, that he is going to quit and finish his Ph.D. in Latin Studies. Hermie talks him out of it, because Shoshanna doesn't want an academic - she wants a guy who can provide for her. Hermie tells Ray he's planning to expand and wants Ray to run the new location. Ray is pleased by the promotion and excited to share the news with Shoshanna.

Hannah, alone and at an all-time low, is inspired to chop her hair into a pixie cut, calling on Laird for assistance with the back. Laird declares that he had feelings for Hannah until he realized how rotten her insides were.

When Ray tells Shoshanna about his new job, she's forced to confront him with her true feelings. She doesn't want to be with someone so pessimistic, who hates everything, from colors to pillows to all his living relatives—she can't be the only thing he likes. When she suggests that he go into therapy and that maybe they'll get back together someday, Ray balks and storms out, his cardboard cutout of Andy Kaufman tucked under his arm.

A despondent Hannah calls Adam, who quickly realizes that her OCD has returned and sprints across half of Brooklyn to her aid. He kicks the apartment door in when she refuses to open it and finds her hiding under her comforter. He declares that he's always been there for her and takes her in his arms to kiss her.