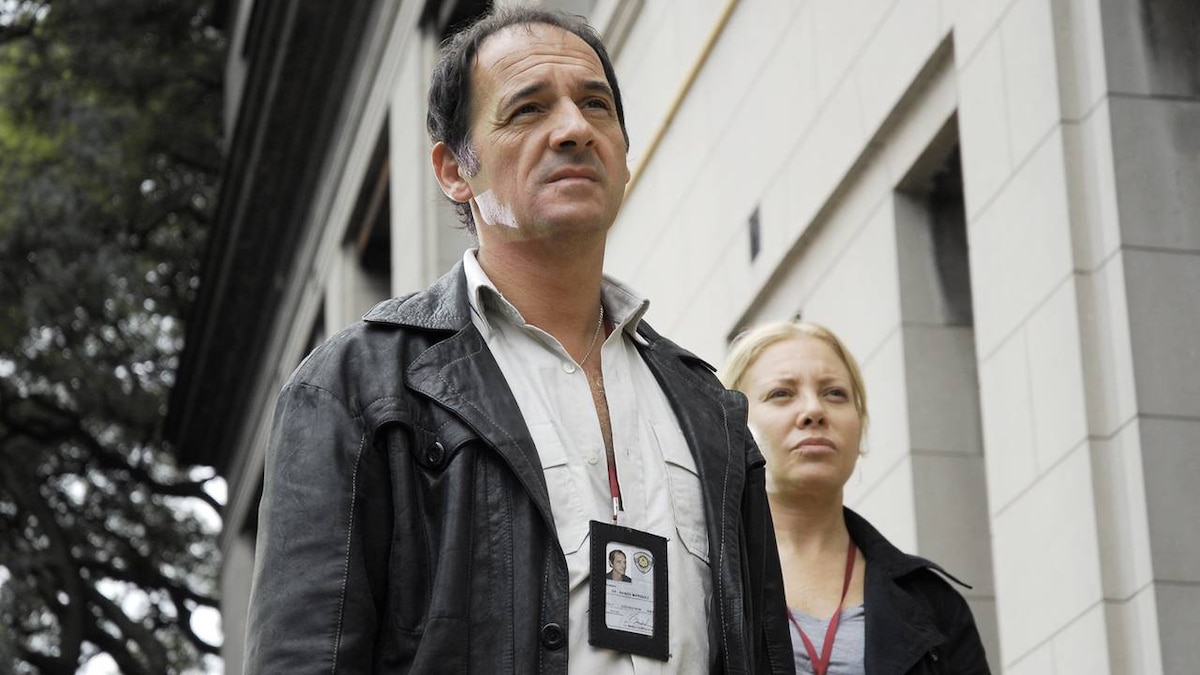 A series of logic-defying homicides reunites detectives Renzo Marquez and Marina Segal in Season Two of this thrilling series. This time, death lies close at hand as the two detectives, with help from a mysterious psychiatric patient, try to stop a killer who replicates slayings as if they were works of art--and captures them in twisted photo sequences.

Season Two premiere. A murder with the same characteristics as an old case reunites detectives Renzo Marquez and Marina Segal.

Renzo and Marina find new clues about the killer being in Renzo's father's house, and they anticipate what has been written.

A massacre in a psychiatric hospital leads to a search for XL; Marina continues to be trapped in a deadly game.

The body of a prostitute confirms the pattern of killings and is very similar to some old cases.

The mysterious appearance of a congressman's corpse diverts attention from the detectives and Marina, who is living a double life.

An unexpected visitor confronts Marina with her past; detectives lose a vital clue, but the dead speak...and deceive.

The killer carries out a promise. Meanwhile, Marina is the subject of an investigation, and is haunted by her skeletons.

Six dead bodies in an apartment and the results of the presumed killer's DNA test once more guide the investigations.

When the force loses one of its men, it is confirmed that they are very close to the killer.

The analysis and evidence reveal the shady past of a sick mind; Marina is out of control and is desperate to hide her past.

Velasquez gives the detectives an address that leads them to the killer's door and to the truth.

Marina interrogates the killer with the help of Velasquez's psychiatrist, who confronts him with the truth.

In the Season Two finale, Renzo, a prisoner of his past and anger, begins hunting for the murderer alone.