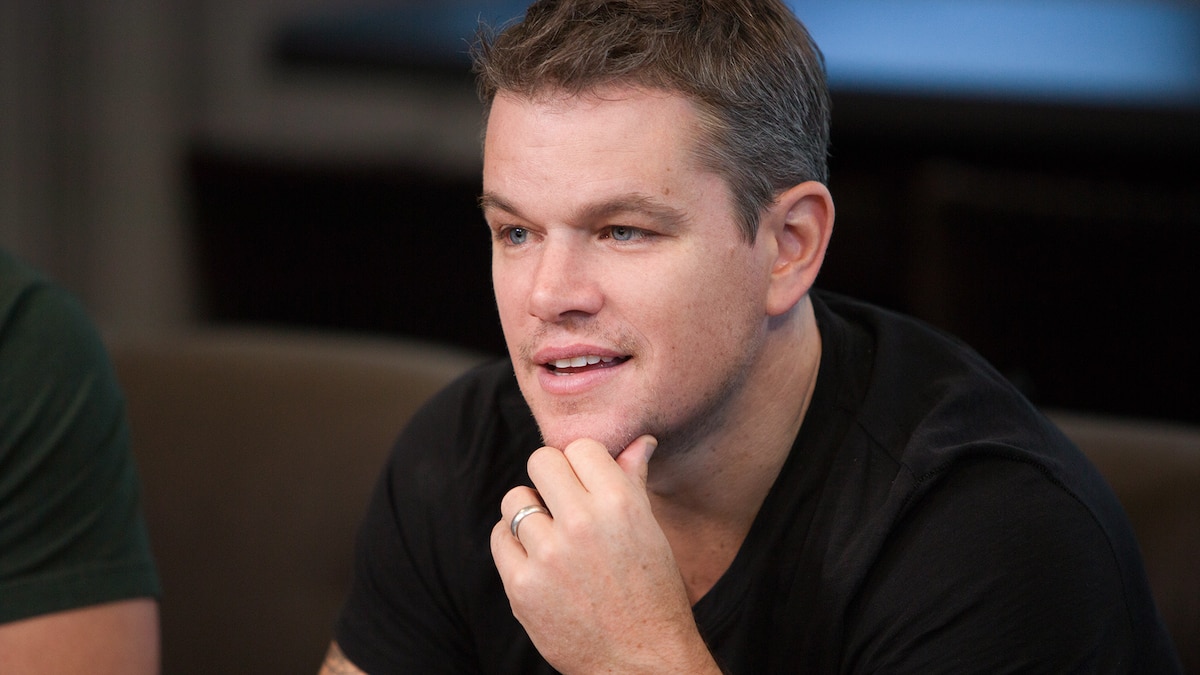 Matt Damon's varied and rich career has seen him in front of the camera as well as behind.

Damon's most recent films include October's outer space actioner 'The Martian,' for director Ridley Scott, in which he plays Mark Watney, an astronaut stranded on Mars who struggles to survive until he can be rescued, and in Yimou Zhang's 'The Great Wall,' which is centered around the construction of the Great Wall of China, set for 2016. This fall Matt will reprise his role as Jason Bourne, the character he originated in 2002 in the blockbuster action films, 'The Bourne Identity,' 'The Bourne Supremacy,' and 'The Bourne Ultimatum,' reteaming with director Paul Greengrass who helmed the latter two.

More recognition followed as Damon earned his third Golden Globe nomination for his performance in 1999's 'The Talented Mr. Ripley,' under the direction of Anthony Minghella, and in 2009 received Academy Award, Screen Actors Guild and Critics' Choice Award nominations for Best Supporting Actor, for his portrayal of South African rugby hero Francois Pienaar in Clint Eastwood's true-life drama 'Invictus.' Additionally, in the same year, he garnered a Golden Globe nomination for Best Actor for his starring role in Steven Soderbergh's 'The Informant.' The connection with Soderbergh proved to be a successful one as he and Matt collaborated again for seven films over his career, including the heist blockbusters, 'Ocean's Eleven,' 'Ocean's Twelve' and 'Ocean's Thirteen,' and the 2013 HBO film, “Behind the Candelabra,” where Matt played opposite Michael Douglas, and earned Emmy, Golden Globe, Screen Actors Guild and BAFTA nominations for Best Performance by an Actor in a Television Movie or Miniseries.

Hailing from Boston, Damon attended Harvard University and gained his first acting experience with the American Repertory Theatre. He made his feature film debut in 'Mystic Pizza,' followed by roles in 'School Ties,' Walter Hill's 'Geronimo: An American Legend,' the cable project 'Rising Son' and Tommy Lee Jones' 'The Good Old Boys.' However it was Damon's portrayal of a guilt-ridden Gulf War veteran, tormented by memories of a battlefield incident, in 1996's 'Courage Under Fire,' that first put him on the radar of both critics and audiences alike.

Damon reteamed with Ben Affleck again in 2000, to form the production company LivePlanet, to produce film, television and new media projects. LivePlanet produced the documentary 'Running the Sahara,' directed by Oscar-winner James Moll, as well as three seasons of the Emmy-nominated series 'Project Greenlight,' chronicling the making of independent films by first-time writers and directors, and spawning three features: 'Stolen Summer,' 'The Battle of Shaker Heights' and 'Feast.'

The series, which first aired on Bravo, will return for its fourth season in September 2015 under Matt and Ben's banner, Pearl Street Productions. Pearl Street recently co-produced 'Promised Land,' which reunited Damon with director Gus Van Sant and was written and produced by Damon and John Krasinki.

Working with Jennifer Todd, President of Pearl Street Productions, the company has a first look deal with Warner Bros. and they are currently in pre-production on 'Live by Night,' which Ben will direct, for Warner Bros. The company just wrapped the pilot of 'Incorporated,' written and directed by Alex and David Pastor for the Syfy Channel. Other projects in development include 'The Battle of Bunker Hill' and 'Paul the Apostle,' with Hugh Jackman attached.

For the small screen, Damon both executive produced and appeared in the History Channel project 'The People Speak,' based on a book co-written by famed historian Howard Zinn and featuring dramatic readings and performances from some of the most famous names in the entertainment industry.

In addition, Damon co-founded H20 Africa in 2006, now known as Water.org, a foundation that brings clean water and sanitation to countries around the world that suffer without those simple needs.