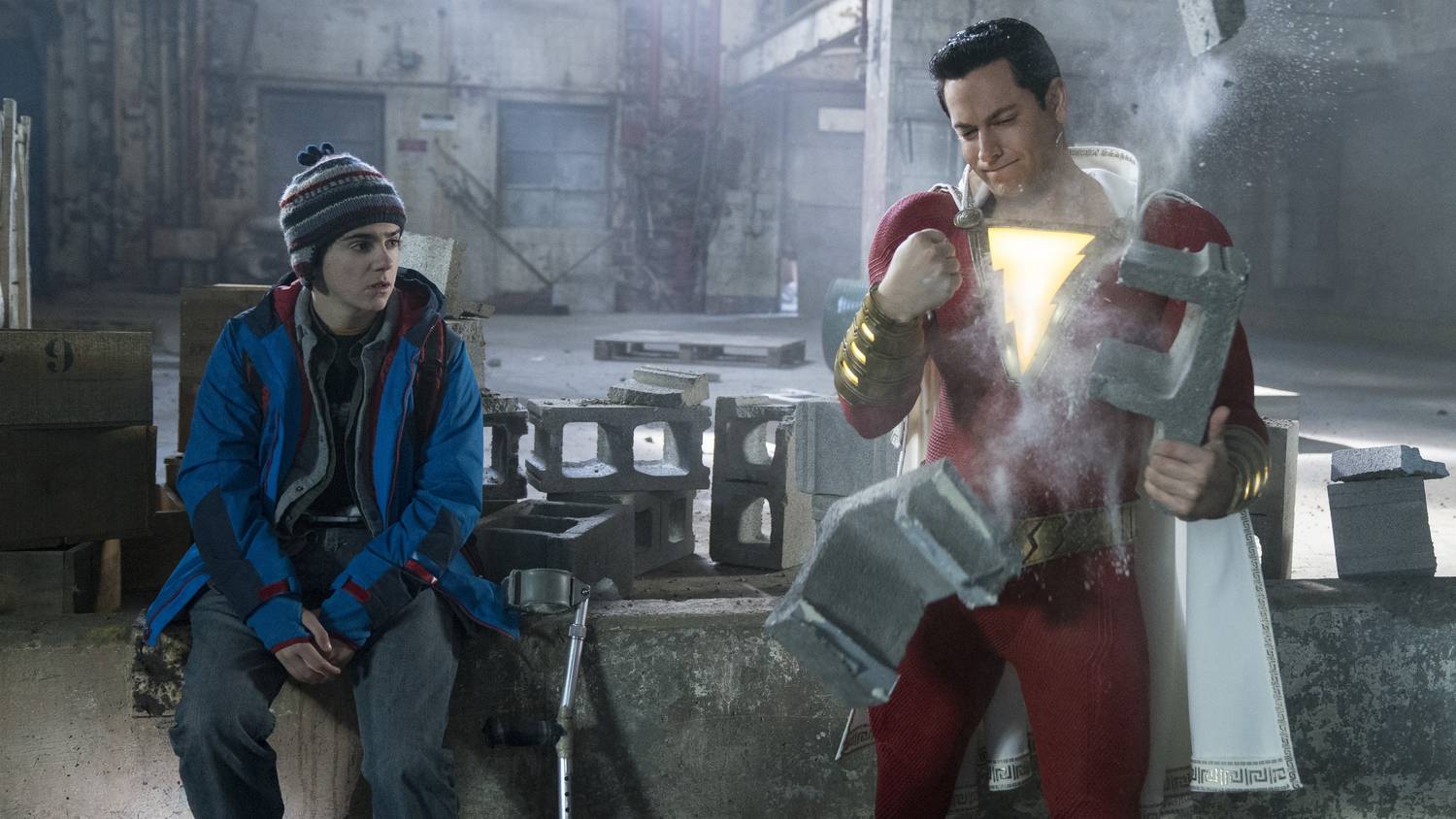 He can summon awesome forces at the utterance of a single word: "Shazam"! Billy Batson is an abandoned teen in search of a long-lost mother until he is chosen to be a superhero. All he has to say is "Shazam" and he is transformed from teenage string bean into muscle-bound hero. Testing out his newfound powers with his buddy Freddy proves to be great fununtil a powerful villain enters the picture intent on destroying Shazam. Starring Zachary Levi, Mark Strong, Asher Angel, Jack Dylan Grazer and Djimon Hounsou. Directed by David F. Sandberg; screenplay by Henry Gayden, story by Henry Gayden and Darren Lemke, based on characters from DC.