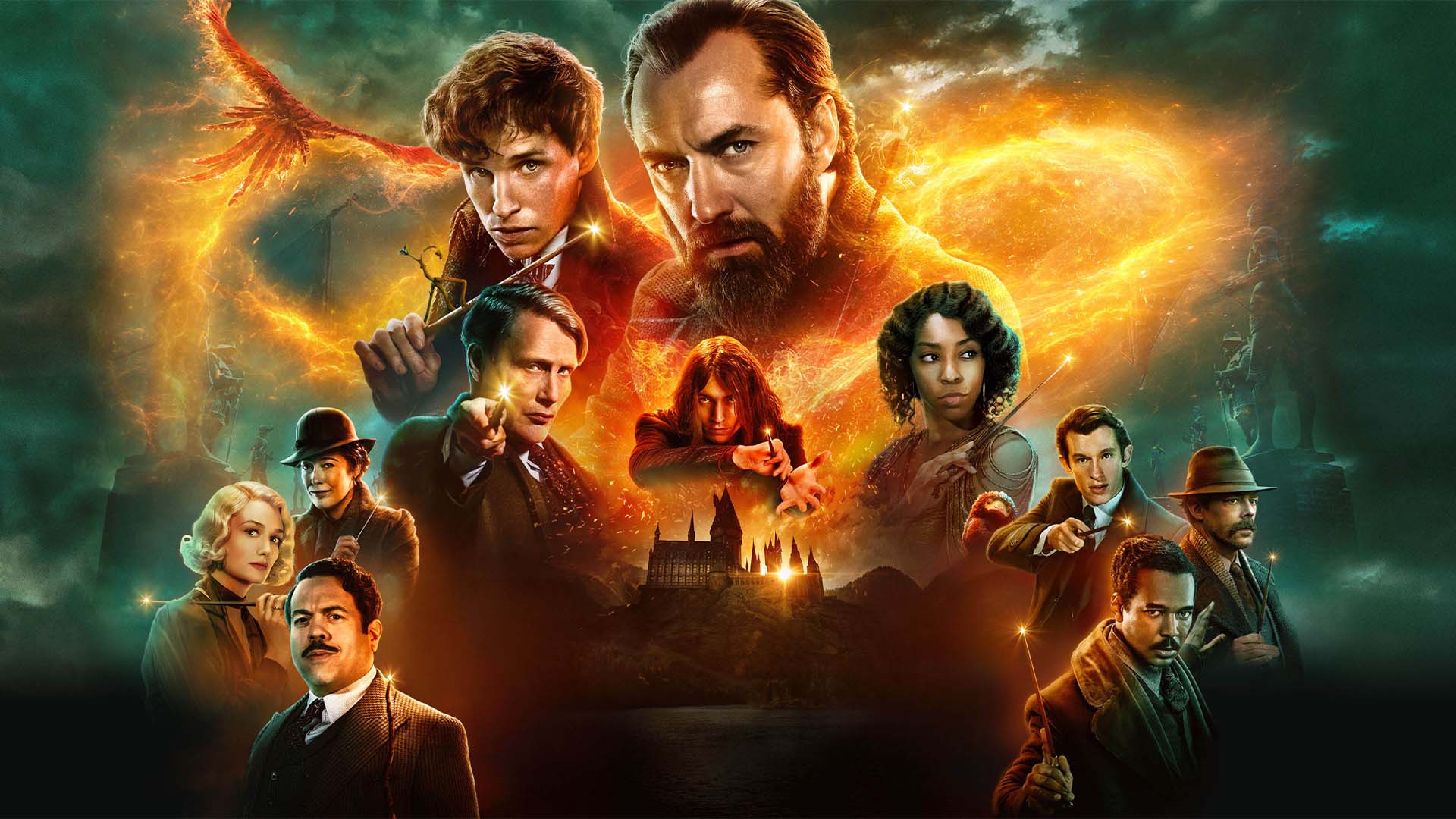 The Bowtruckle (Pickett)
The Bowtruckle could easily be mistaken for a twig or a small sprig of a plant, with its tiny leafy appendages and spindly legs that resemble tree roots. However, it is a decidedly sentient creature, by nature extremely shy, yet capable of great intelligence, courage and loyalty. The Bowtruckle called Pickett is extremely attached to Magizoologist Newt Scamander, who has long since given up any attempt to return him to his tree home in Newt’s beast sanctuary. Rather, Pickett has become his constant companion and an often-invaluable ally. His skill at picking locks—a talent that makes Bowtruckles valuable on the black market—has helped get Newt and his friends out of more than one unfortunate situation.

The Niffler (Teddy)
The Niffler is an adorable rodent-like beast with a long, rounded snout, resembling a cross between a duck-billed platypus and a mole. Newt Scamander has a particular fondness for a mischievous Niffler named Teddy, whose incorrigible affinity for shiny objects has created a few predicaments for the Magizoologist over the years. Yet, Teddy’s obsession was also the catalyst for Newt’s first encounter with Jacob Kowalski and the Goldstein sisters, setting his adventures in motion. And Teddy’s predilection for purloining anything that glitters has also, at times, had unexpectedly beneficial results.

Adolescent Nifflers
No longer babies, the younger Nifflers, named Alfie and Timothy, have entered adolescence and while they might seem cuddly and adorable, they are even more irrepressibly mischievous, if that’s possible. Their favorite pastime seems to be confounding Newt Scamander’s loyal assistant, Bunty, who has a difficult time keeping the playful little beasts in sight, let alone in check. Like Teddy, the adolescent Nifflers have an instinctive fascination with sparkly items, so any missing coins, jewelry or other trinkets are likely to be found in their deceptively expandable pouch.

Adult Qilin
The reclusive Qilin is perhaps the wizarding world’s most revered magical beast—prized for its innate ability to see into a person’s very soul and tell if they are pure of heart. The adult Qilin has the appearance of an equine dragon, with its horse-like body and long neck covered in primarily golden-hued iridescent scales. Its distinctive head has two pronounced scaly ridges and a pointed snout with two long tendrils, one extending from each side of its face. A tousled mane of fur runs from the top of the Qilin’s head down the length of its back and there are also tufts of fur on the tip of its long tail and behind each of its hooves. Up close, the Qilin’s most distinctive feature is its expressive brown eyes.

Baby Qilin
The Baby Qilin is born with the inherent ability to perceive a person’s true character and is known to bow to someone who is pure of heart. Like its parent, the baby Qilin has a pointed snout and a ridged head, with two tendrils that will lengthen as it ages.  There are scales covering its small body, which. at certain times, glows with a warm iridescent light. The baby also has the beginnings of a mane of fur extending from the top of its head down its back, with smaller tufts on the end of its tail and hooves. The baby Qilin’s walk is reminiscent of a fawn, with its thin, gangly legs trying to find their footing.

Wyvern
The Wyvern is a two-legged beast, which can assume different shapes depending on function. It is akin to a dragon but with smooth skin rather than scales. At first glance, it looks something like a Dodo, but with a long, feathered tail and short, stubby wings that seem incapable of flight.  However, defying expectations—and gravity—the Wyvern can fly, initiating its takeoff by inflating like a blowfish and then floating up like a hot air balloon, with its small wings beating similar to a hummingbird’s. Its tail lengthens exponentially and possesses the tensile strength to carry objects many times the Wyvern’s weight, including a person. Once airborne, the Wyvern transforms again: deflating its body as its wingspan grows to resemble those of a pterodactyl…and off it flies.

Manticore
The terrifying Manticore is an enormous crustacean-like beast that resembles a cross between a giant lobster and a crab, with a hard, fuzzy shell and three eyes. It has multiple appendages: two with claws, others topped with hooks, and several more that act as its legs. But the claws on this humongous carnivorous creature can crush a man, while its powerful jaws, which look like a third claw, can strip the flesh from his bones and devour it in mere seconds. The Manticore feeds the remains to its hundreds of hungry offspring.

Baby Manticores
While tiny in comparison to the full-grown Manticore, the baby Manticores are menacing in sheer numbers if not in size. Their spiny heads and curled tails make them look more like prawns or scorpions than lobsters, and they have a sideways gait—on six multiply-jointed legs—that is more crab-like. However, like their parent, the baby Manticores have three beady eyes that immediately set them apart from any non-magical crustacean.