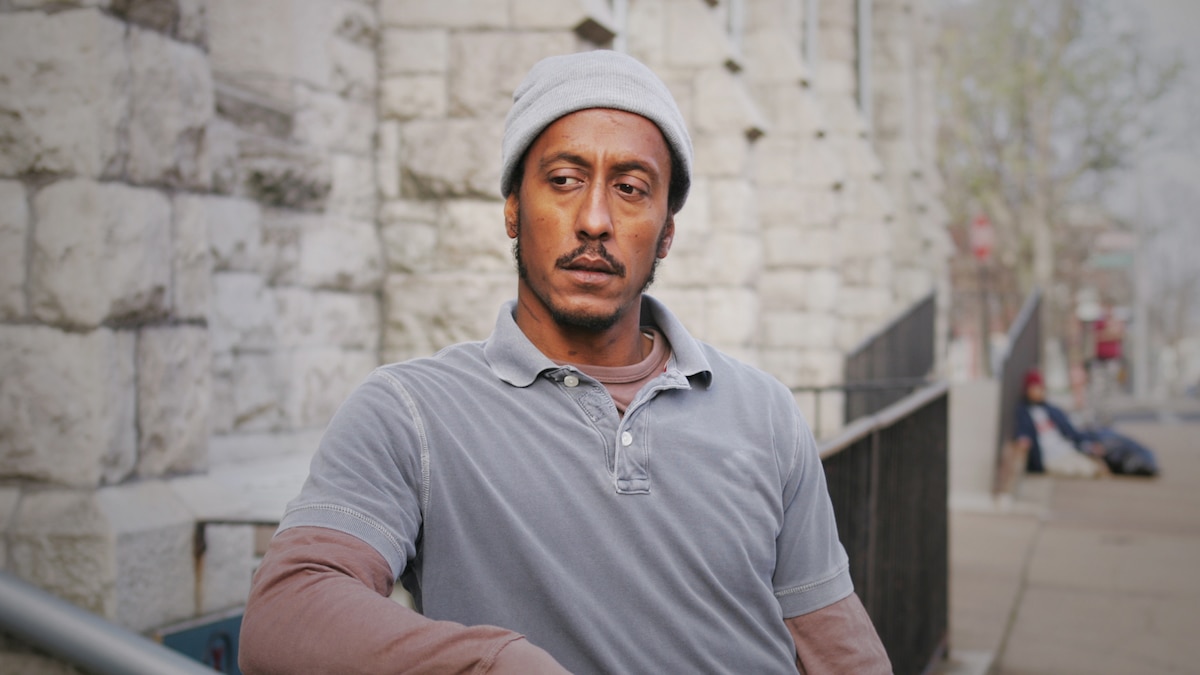 Like Bubbles, Andre Royo Was Chasing His Own Dragon

What part of yourself did you see in Bubbles?

After filming the last episode, we were all teary-eyed. We were sad about the show ending, but also scared about what we were going to do next. It was a show that was underrated, wasn't that watched, never got nominated. Wendell [Pierce] was the one to say, ‘This show was so important, what we did was special. You'll never find a show with this kind of cast, this many people of color, that isn't just entertaining, but educating and inspiring. It'll never be better than this.’

There's so much of me and Bubbles that is connected. He was addicted, he was chasing the dragon, and he found his way clean. The actor in me is chasing that same dragon -- I want to be a part of a structure like that again. I've been in some great shows, have some fantastic shows coming up, but will they do for me as an artist what 'The Wire' did? I don't think so.

What do you think is the show's legacy?

It put the ownership on the audience – you can't claim ignorance anymore. We already knew that shit is fucked up. That things are happening that shouldn't be happening. But we could always say, "Oh, I didn't know." Now, you can't do that anymore.

What we're going through with society right now is that we've forgotten how to connect with each other, how to be human, how to have compassion. And this show shows why. Shit is hard and people are not being respected the way they should be. It's great that HBO is saying, let's put the show back out there. Hopefully they'll redo all the awards shows too. Maybe we'll get nominated this time.

What do new audiences bring to the show?

'The Wire' is the kind of show where you sound different if you're the kind of person who says, "I love 'The Wire.'" It shows you get it, you care. The new audience wants to be a part of that conversation. The ego in me remembers us walking the red carpet -- cameras going nuts over 'The Sopranos' and 'Sex and the City.' Then we show up and it's like, BET.com. People didn't know what the hell we were doing. I think the audience now is more prepared for it. In the beginning our audience was 'Law and Order' watchers. The bad guy gets caught at the end of the episode. This audience has been watching 'True Detective' and other shows and they know it's about the long run. You can't just watch one episode of 'The Wire' and get it. You have to get to the last one. The new audience is prepared to dive in.

What do you think of the fact that President Obama is a fan of the show?

We had heard that he was a fan when he was running for office. He and Hillary Clinton were being interviewed about their favorite shows, and Hillary said, "I like 'American Idol.'" They asked Obama and he said, "I'm watching 'The Wire' and my favorite character is Omar." I remember saying, "What the fuck did he just say?" Because no one else is watching our show. I was working on this movie called 'Red Tails' and Obama came out and saw us. He stopped when he saw me and said, "Hold up, is that my man Bubs?" It speaks to his character and it speaks to the reach of our show.

I'm getting teary-eyed now, but when we were doing the show, my mom never got to walk the red carpet of any awards ceremony. But I got to take her to the White House.

Fourth season. Before that it was a cop show – good guys and bad guys. The fourth season took us to a different level. It was about people. We all care about kids, no matter how rich or poor you are you worry when your kid leaves the house. We had a great group of kids. This wasn't 'Fat Albert' – you never saw kids going through what they were going through on TV like that.

Dom West and Wendell just saying "fuck" as they solved the case. We stuck out our finger to the world on that one. There's Shakespeare, there's David Mamet – this is David Simon and Ed Burns right here. You get the whole story off of one word.

The city of Baltimore was the best character on that show. It was the stage that we got to play on. We were doing theater, not television. We were telling the story of the breakdown of a city. It's like the line from the show, ‘All the pieces matter.’

But for actual people, Felicia Pearson [aka Snoop] is in our hearts. It always blew us away that David Simon and Ed Burns had all of this mapped out – none of it was ad-libbed. We were like, ‘You two motherfuckers wrote this? You know it this well?’ But they weren't prepared for her. She came off the street. They found this gem and put her in, which was brilliant, but also scary. What do you do when the show's over?

It's a tie between her and Omar – the greatest character ever to be on screen. In the entertainment world, everything is redone. When he came out, that was brand fucking new. In eons of television we never saw that kind of character where he'd fight you or fuck you. It broke so many barriers. For people of color to play a homosexual on screen was a kiss of death. But Omar turned everything around. For three or four episodes you didn't know he was gay. He was the hardest motherfucker on the planet and everyone wanted to be Omar. Then, that episode comes and it's like… you still Omar? And the answer was yes. Because he's real, he's truthful, he has a code. It had people saying, ‘So what.’ That's what it should be.

First season, the cops hated us, the mayor hated us. In the second season we got shot at. We were going into the real neighborhoods and setting up shop. If we were setting up shop, someone wasn't making their money. The five years were crazy weird, it's hard to boil it down to a single moment, but there was one time when I was headed over to craft services from the set and someone came up to me and said, ‘They're giving out free testers’ and gave me some drugs. That's when I knew we were doing something right. That was my Street Oscar right there.

How did playing Bubbles affect you?

Before playing Bubbles, I'd walk right by a homeless person. I was growing up in New York trying to chase my dreams. You become desensitized—‘You're homeless? That's your problem buddy.’ After that, it was like, people matter. As human beings we should help our fellow man. People were rooting for Bubbles – ‘I hope he makes it’ – well there are people you ignore every day.

I went to an HBO party in the second season and Mark Wahlberg was there. He came over to me and said, ‘You got a good job now, you better take advantage of this opportunity. Don't fuck up, don't get caught up in this game.’ I told him, ‘Mark, I'm an actor, I've been doing theater for years.’ Moments like that made me think, we're doing the right thing, telling the right story.

What do you think Bubbles would be up to right now?

I think Bubbles, Reginald Cousins, has a nice little boutique clothing shop. He's selling suits and gear. Probably has a wife and a couple kids. He was always a caring person. He always wanted to help somebody. That's what ultimately helped him get clean. When he cared for someone else, that's when he felt that he mattered.

What is the thing you hear most often from fans?

We get two types of people that come up to us. People saying that's the greatest show ever and people saying they haven't seen it yet. That's it.

The other thing that people come up to me and say is "Thank you." Not for being an actor, but for telling this story. And I thank them for watching it and taking the time from their busy lives. Eight years off the air and people still talking about it like it was on yesterday.