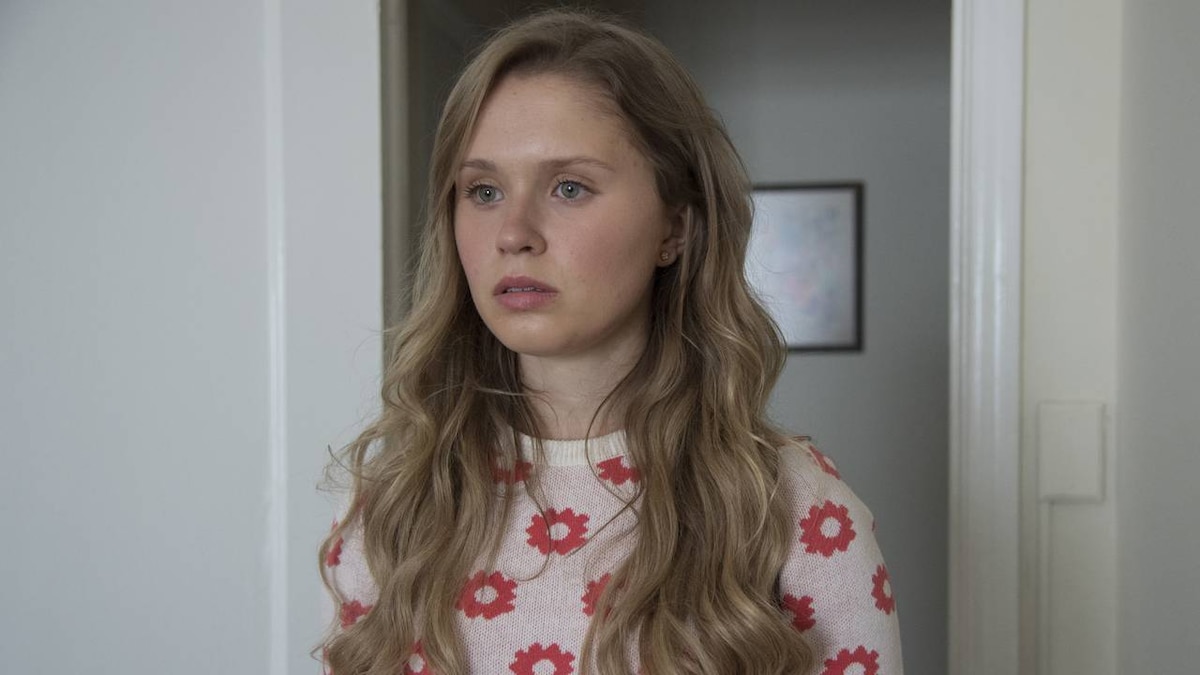 Camille suggests Amma come live with her in St. Louis for a bit, but Adora and Alan Crellin reject the offer. Adora says that Amma's face is flushed and hurries her out of the dining room and to bed. As Adora walks Amma out, Camille suddenly calls out for help, as she drops to the floor, feigning massive pain to distract Adora from Amma. Adora tucks Camille into bed and spoon-feeds her liquid from a bottle. "You are such a good girl," she tells her daughter

The next day, Alan finds Adora in the kitchen working over the stove. She reveals that Camille has already finished a bottle of Adora's remedy; Alan warns, "Don't go overboard." Adora maintains that she's "just helping nature along."

Upstairs, Amma goes into Camille's room. Camille tells her to escape and find Detective Richard Willis to help. "If anything happens to me, you tell him that Mama took care of me," she orders. Amma sneaks out of the room as Adora comes upstairs. Once Adora is busy tending to Camille, Amma attempts to leave, but Alan stops her.

Camille is getting sicker by the moment. She's in a bathtub vomiting into a bowl that Adora holds up. Although Camille is clearly in pain, Adora shares she's pleased that her oldest daughter needs her. When Adora mentions that Marian constantly needed attention, Camille replies, "You killed her." Adora responds that Marian was "a very sick little girl."

Adora tells a story about her own mother, Joya, waking her up in the middle of the night and leaving her deep in the woods to fend for herself. "We all have hard childhoods," she says. "At some point, you have to forget it, move on. Anything else is just selfish."

Adora gives Camille more medicine and leaves the bathroom. Richard arrives at the house and asks Alan if Camille is available. Alan says she's out with her friends; meanwhile, Camille has crawled out of the tub, gasping for help. She discovers that Amma never left the house. "I need to stay her good girl," Amma explains. As Richard leaves, he notices Camille's car in the driveway.

Camille collapses on the floor. As Adora finds her daughter, a police car pulls up. Richard and Frank Curry arrive by Camille's side. Richard orders an ambulance and Curry comforts her while they wait for paramedics.

Downstairs, Adora tells Chief Bill Vickery to disregard whatever Camille told him. Another officer shows Richard pliers found in the kitchen — the same tool used to remove Natalie and Ann's teeth. Richard handcuffs Adora despite her protests as paramedics take Camille and Amma downstairs. Amma wails "Mama!" repeatedly when she sees Adora being escorted out.

Camille and Amma go to the hospital, where they share a room. Richard comes by to collect blood samples. He says they're looking to charge Adora for the murders of Natalie and Ann, partly because the pliers in the Crellin kitchen matched what was used on the dead girls. Richard also reveals they found a supply of antifreeze, prescriptions and rat poison that Adora had been hoarding to use as "medicine" for her daughters. Before Richard leaves, he apologizes to Camille "for everything." She reciprocates. "What a dick," Amma comments once Richard exits. The sisters laugh.

After the two recover, Amma moves in with Camille. She brings her dollhouse, and makes a new friend named Mae. In court, Adora pleads not guilty; later, Amma visits her in prison as Camille waits outside. Adora and Amma share a tender moment through the glass partition separating them.

One night, Camille brings both Amma and Mae over to Curry's house for dinner. Before eating, Curry reads Camille's final story on the Wind Gap murders out loud. "It's beautiful, Cubby," he tells her when he's finished.

During dinner, Mae impresses Curry with her interest in politics and journalism. Amma appears jealous: "You're just saying that to impress Camille," she says to Mae. "Kiss-ass." Later, Camille tucks Amma into bed. "Do you wish I was a writer like you?" Amma asks. When Camille answers that she just wants her to be happy, Amma responds that Camille makes her happy. "I could eat you up," Amma says.

Later, Camille is alone at home when someone knocks at her door. It's Mae's mom, who believes Mae and Amma had their first fight; she's looking for her daughter. Camille promises to call her when the girls get back. Once she's alone, Camille notices a dollhouse prop in the trash. She picks it out and puts it back in the dollhouse. As she's surveying the structure, she notices the ivory floor in one bedroom. She touches it and pulls up a tooth. Amma appears in the doorway at that moment and says, "Don't tell Mama."

In a series of rapid flashbacks, Amma strangles Natalie, Ann Mae. She's revealed to be the woman in white James Capisi told Camille about earlier. 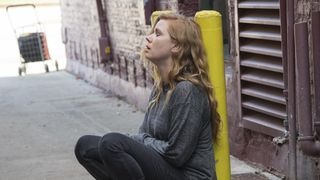 Series premiere. Troubled reporter Camille Preaker is sent to her hometown to report on the suspected murder of two young girls.

Camille searches for clues at the funeral and wake for Wind Gap's latest victim. 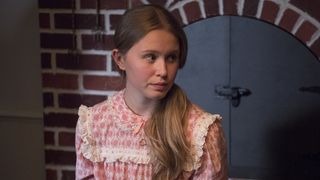 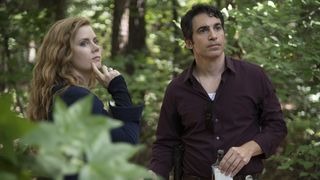 A tour of Wind Gap's crime scenes with Richard opens up old wounds for Camille. 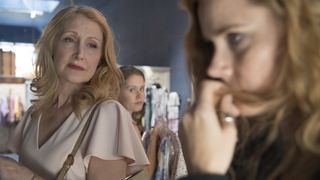 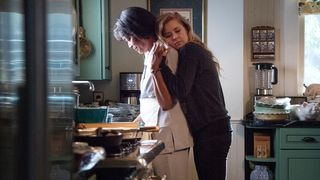 Chief Vickery uncovers a key piece of evidence; Amma bonds with Camille during and after a wild party.

Camille crosses a line; Adora takes pains to keep an ailing Amma under her roof and in her care.

Finale. Camille finds her life imperiled as she gets closer to the truth behind the Wind Gap murders.