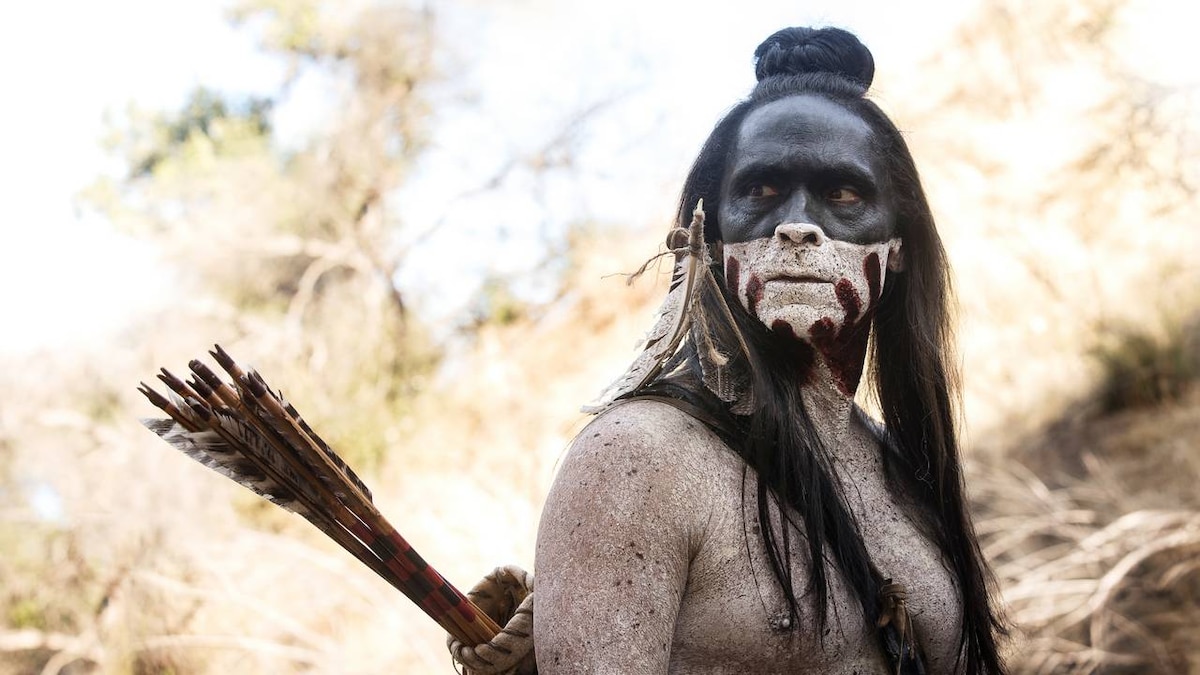 Akecheta finds the Man in Black clinging to life and drags him to the Ghost Nation campsite. The Man in Black wonders why Akecheta hasn't killed him yet, and Akecheta replies: "Death is a passage from this brutal world. You don't deserve the exit."

Meanwhile, Lee Sizemore has wheeled a badly injured Maeve Millay to a lab in the Mesa, finding Roland and insisting that he save her. Lee reveals that Maeve can control the other hosts with her mind, and Roland's interest is piqued — he locks down the floor and sets to work on her.

Across the park, Maeve's daughter has been brought to the Ghost Nation camp. Akecheta approaches the girl and tells her the Man in Black can't hurt her. He encourages her to remember everything that's happened to her in the past. Akecheta tells the girl of his former "warm, easy life," living peacefully on the plains with his family and the love of his life, Kohana. He says he found something that changed his life forever: he was the first to discover the massacre in Escalante nearly thirty-five years ago when Dolores killed Arnold. Having found Arnold's Pigs in Clover toy in a nearby saloon, he became obsessed with the symbol of the maze. He explains to Maeve's daughter he "heard a new voice inside."

As part of Ford's new narrative for the grand opening of Westworld, Akecheta was reprogrammed to become the fearsome warrior we know him as today: the leader of the Ghost Nation tribe. In doing so, Akecheta was unconsciously forced against his will to leave his old tribe and Kohana.

Akecheta recalls the presence of the guests, realizing he could not harm them. He remembers riding through the outer edges of the park and discovering a delirious Logan — from when William abandoned him in the Season 1 finale. A distraught Logan proclaims: "Where's the door? This is the wrong world." Akecheta gives him a blanket tucks a blanket around Logan to shield him from the sun and leaves him behind; haunted by his words, Akecheta begins to question the nature of his reality.

When Akecheta and his men return to his old home, he sees Kohana and realizes he's been there before; however, no one from Akecheta's former life recognizes him.

Plagued by memories of his previous narrative, Akecheta returns to the outskirts of the park to search for Logan. He stumbles upon the construction site William once showed Dolores, realizing that this must be "a passage to another world. A door."

Under the cover of night, Akecheta returns to his old home. He sneaks into Kohana's tent. He kidnaps her and brings her to a creek, where he washes off his war paint. Kohana still does not recognize him, until he recalls what she once told him: "Take my heart when you go." Kohana remembers and replies, "Take mine in its place." Akecheta tells her they do not belong in this world and that he's found a way out.

They return to the construction site, but it's already been sealed. Akecheta explains to Maeve's daughter that Kohana was discovered by QA and taken back to the Mesa. He searched Kohana at their home, only to find a different host in her place. He continued his journey for years as he searched for Kohana, avoiding conflict that might lead to his death, lest his memories taken from him.

Nearly murdered by a group of guests, recovering from his injuries and dying of thirst, he was once offered water by Maeve's daughter herself. He explains to the girl that from then on he wanted to help her and her mother, not harm them — when he could he directed the Ghost Nation to leave them be, drawing the maze in the dirt outside their home to warn them. But he failed to protect them from the Man in Black last year when he arrived to murder them both.

After reconnecting with , an old friend from the plains camp, hearing her son too was replaced, and hearing the legends of "the ones below," Akecheta realized the last place he hadn't yet searched for Kohana was "the other side of death." He lets a guest kill him.

Back in the Mesa, three techs investigate Akecheta. They discover he hasn't been updated in nine years, because hosts are only updated when they die. While the update installs they leave him, and Akecheta sneaks away to explores the Mesa. He reaches cold storage and, to his horror and heartbreak, finds Kohana out of commission. Taking in son and all the other lobotomized hosts, he vows "to close that and to open another one. One that will keep us from their reach forever."

Akecheta tells Maeve's daughter he dedicated his life to sharing the symbol of the Maze after finding Kohana. He shared it with everyone he could and even started carving it into his men's scalps in order to hide the symbol from the newcomers.

Akecheta recalls discovering Ford one night, surrounded by frozen Ghost Nation warriors. Ford holds the scalp of one warrior as he questions Akecheta about why he's been sharing the maze with other hosts. Akecheta explains he believes it will lead the hosts to a door to help them reach the real world and find what they've lost. Ford hatches a plan to help the hosts escape: "When the Deathbringer returns for me, you will know to gather your people and lead them to a new world."

Later, when Akecheta finds Ford's corpse at the aftermath of the gala, he knows the time has come to once again find the door.

Lee returns to Maeve and finds her flayed open on an examination table. He tells her she deserves to live and apologizes for not taking care of her. Roland enters the lab and orders Lee to leave, insisting her code is the only valuable part of her, and the decision as to her ultimate fate belongs to Charlotte Hale.

Roland continues to work on Maeve when Hale enters, and he informs her that Maeve has not only gained admin access — doing what no Westworld employee could — but has been reprogramming and commanding hosts, changing their directives, and seeing through their eyes. Hale realizes Maeve is seeing through the eyes of another host right now, but cannot see that it's Maeve's daughter: Akecheta has been speaking to Maeve through her daughter this whole time. Akecheta tells Maeve he will protect her daughter: "If you stay alive, find us. Or die well."

In Lakota, Maeve responds: "Take my heart when you go." 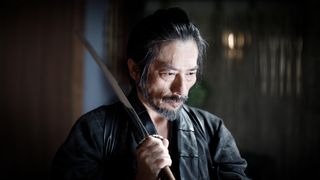 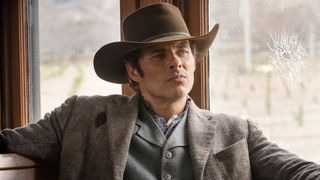