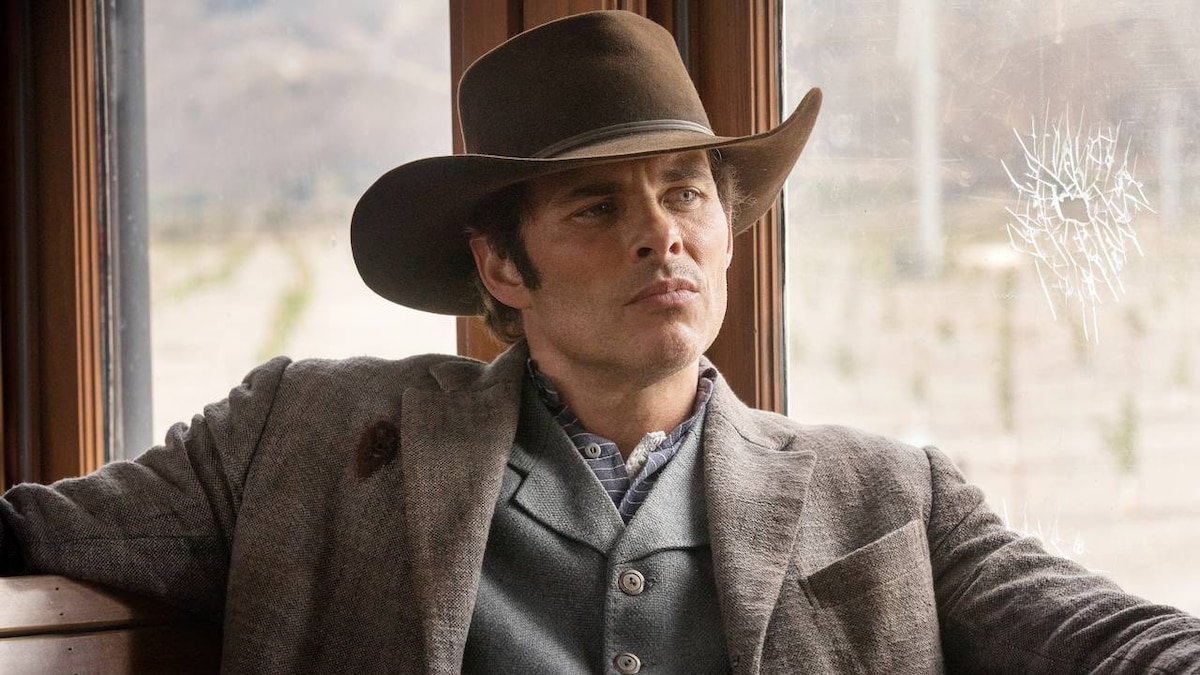 Bernard Lowe and Dolores Abernathy sit across from each other in a Delos lab, continuing their diagnostic from "Journey Into Night". Bernard wonders what will happen if Dolores outgrows "this place" and "us." He tells her he feels there is a choice he needs to make. Dolores suddenly switches tone, reprimanding Bernard for how he delivered his thoughts, referencing Arnold: "He didn't question whether or not he had agency, whether or not he had the right to end me or himself." Dolores commands Bernard to freeze all motor functions. Their exchange was a test, she reveals, one they've done multiple times "for fidelity."

In front of the train in Sweetwater, Dolores and Angela interrogate two terrified Delos techs about where Charlotte Hale took Peter Abernathy; the techs insists Hale never gave specifics and the Mesa is too large to pinpoint a location. Teddy Flood — now with a ruthless edge thanks to Dolores' adjustments to his character — shoots one tech in the head. He assures a stunned Dolores they will find her father. They board the train and head to the Mesa.

Maeve Millay takes in the bloodshed at the Shogun's camp. Akane drives a blade into Sakura's lifeless body, and cuts out her heart. Maeve, Lee Sizemore, Felix Lutz, Sylvester and Akane arrive back at the village. One of the Shogun's commanders, Tanaka, emerges with his men and his captives; Hector, Armistice and Musashi. Maeve tells Tanaka she's come for a trade: Tanaka's men's lives for her friends. Tanaka insists Akane must meet justice for killing the Shogun. Maeve begins to use her powers on Tanaka, but Musashi interrupts, offering a duel instead of a trade.

Tanaka gains the advantage after kicking dirt in Musashi's face; but Musashi eventually slices off Tanaka's hand. Tanaka writhes in pain as Musashi prepares to finish him; Tanaka turns his blade on himself, before Musashi beheads him.

Lee leads Maeve and their rescued travel companions to Snow Lake — Sakura's birthplace. Lee locates an access point, and Lutz and Sylvester investigate the long drop down the underground passage. Akane honors Sakura's memory. Maeve encourages Akane and Musashi to join them and escape Shogun World; Akane repeats back Maeve's words, opting to choose her own fate — her heart belongs here and she cannot bring herself to leave. Musashi stays at Akane's side, but Hanario joins Maeve, Hector and Armistice.

The Man in Black and Emily sit by the campfire reminiscing about her visits to the parks as a child; the Man in Black misremembers Emily's experiences at The Raj. Emily never saw the dark side of her father growing up, she admits, but her mother did. She apologizes for blaming the Man in Black for her mother's death and asks that he leave with her: "I'm not going to let you stay here and go out in some bulls**t blaze of glory." He agrees, promising they will continue their journey the next day, but when Emily wakes in the morning, he and his men are gone.

Now dressed in Westworld attire, Maeve, Lee, Hector, Armistice, Henario, Lutz and Sylvester emerge from the access point into the homestead — Maeve's old home. Maeve opts to approach her daughter on her own. She cautiously greets the girl on the porch of her old home, but Maeve's daughter doesn't recognize her, and calls out to her new mother.

A group of Ghost Nation warriors rides towards the cottage; Maeve recognizes their leader, Akecheta. She grabs her daughter to flee, leaving the new mother behind. Maeve trips and falls to the ground. Akecheta approaches on horse: "Come with us. We are meant for the same path." Maeve responds: "Your path leads to hell." Hector, Armistice and Henario come to Maeve's aide, allowing her and her daughter to flee. Lee, Felix Lutz and Sylvester watch from a hilltop. Lee takes out a Delos phone he found earlier and calls for help.

Ashley Stubbs assists Charlotte Hale in restraining Peter Abernathy. Stubbs expresses his frustration that despite being Head of Security, he knows nothing about what information he's protecting. Hale dismisses his concerns.She takes out a communication device, and explains to a confused Stubbs that Delos will not send help until Abernathy is secured. A tech uses a nail gun to secure Abernathy to a chair. Later, Stubbs greets a new group of PMCs and their abrasive leader Coughlin; Stubbs leads them the control room to meet with Hale. They are able to get the map back online and notice the train approaching the Mesa.

Bernard Lowe and Elsie Hughes approach the Mesa. Inside, Elsie finds a computer and logs into the system. She realizes QA has been trying to override Robert Ford's narrative, but the Cradle — where they keep a backup of all the hosts and simulate new narratives — has inexplicably blocked each attempt. Elsie notices that each time QA tries to intervene, the Cradle adapts in a new way: "The Cradle is fighting back." Bernard explains the Cradle cannot be accessed remotely — they need to investigate in person. Bernard realizes the only way to get inside the system is to manually plug into it; Elsie insists it's made for older hosts and the extraction will be painful. Bernard, insists it's the only way. As he enters the simulation, Elsie feels the impact of the train crashing into the Mesa.

Bernard awakes on the train to Sweetwater — a mirror image of Teddy's narrative in Season 1. Sweetwater contains all the hosts on their loops. He notices a greyhound and follows it into the Mariposa. When he enters, he sees Dr. Robert Ford sitting at the piano: "Hello friend."