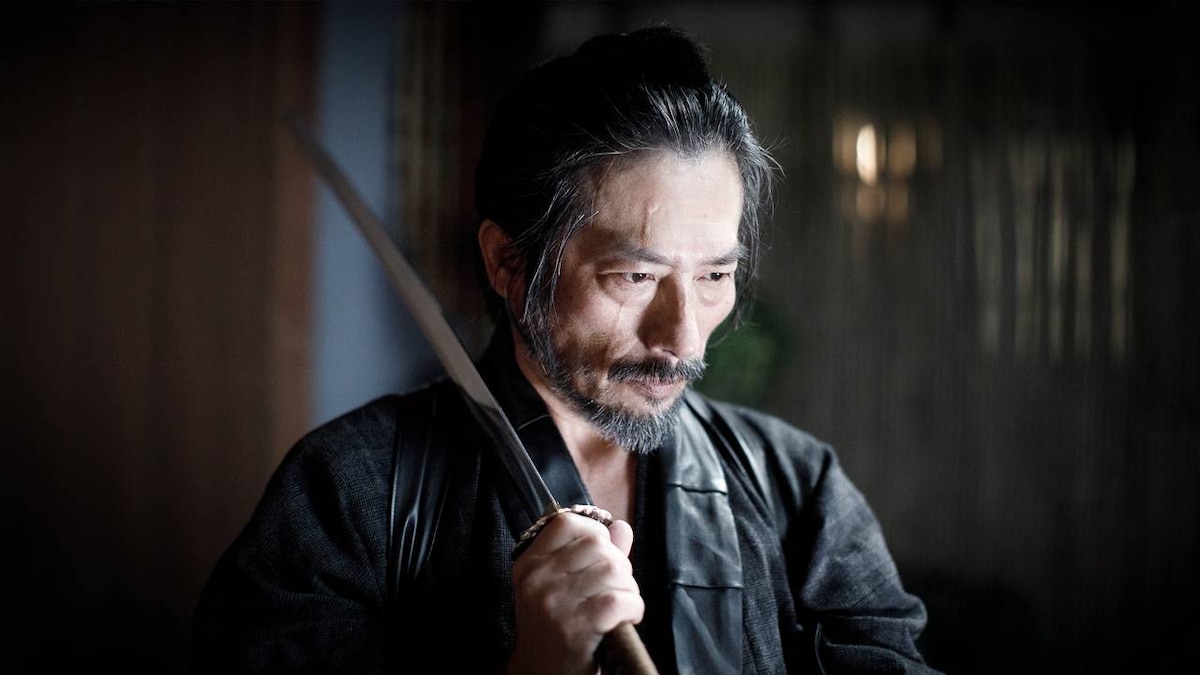 Maling and her team begin to recover dead hosts from the lake discovered in "Journey Into Night." Karl Strand orders her to locate every host left in the park, so they can eventually be reprogrammed back to their original loops. Antoine Costa informs Strand that not only have a third of the hosts been wiped clean of data, but that the Cradle was severely damaged: the hosts' backups are gone.

In Shogun World — a park based on Japan's Edo period — a group of samurai capture Maeve Millay, Lee Sizemore, Hector Escaton, Armistice, Felix Lutz, and Sylvester. Maeve orders a samurai to release them. She believes her voice commands are still working as he lowers his sword, but then he commands his men to gag her. As the samurai lead their captives to a village, Lee explains to Maeve that Shogun World is designed for guests who found Westworld "too tame." He also points out that her voice commands didn't work because she wasn't speaking the right language. They arrive at a village, which Armistice notes, "feels a little too familiar." As the park's narrative plays out, the Westworld hosts realize the Shogun World hosts — their doppelbots — are mirroring the same heist storyline from Westworld's Mariposa Saloon. Lee defends his plagiarism: "You try writing 300 stories in three weeks."

Musashi — Hector's Shogun World equivalent — enters the town's teahouse, Shogun World's version of the Mariposa. Musashi kills a few guards as he looks for gold, but stops at the sight of Akane, the madam geisha. Outside, Armistice warns her equivalent, Hanaryo, of an attack from behind. Grateful, Hanaryo frees the group. Musashi's crew readies to flee with the safe, until Maeve fires a warning shot. Knowing how the story ends, she orders them (now in Japanese) to lay down their swords and have a conversation. Akane agrees; Maeve and Akane recognize their bond.

Now in more park-appropriate Japanese attire, Maeve sits with Lee and expresses her impatience to continue her search for her daughter. An emissary enters the tea house and tells Akane the Shogun himself has requested her protégé Sakura's presence — permanently. Akane refuses; Sakura is not for sale. Privately, Lee explains to Maeve that it's part of this loop: Akane must give up Sakura. Akane bows and tells the emissary, "Here is my price," and stabs him in the face with a blade. "Looks like someone had a choice after all," Maeve says to Lee. Akane tells Musashi that the Shogun will soon seek vengeance: they need to escape. Lee suggests Snow Lake — Sakura's birthplace, and an access point back to the underground tunnels — as a way out.

Later that night, Maeve awakens to find the tea house under attack by the Shogun's ninjas. As Musashi fends them off, Maeve verbally orders a ninja to turn on his own men. Another ninja sneaks up and covers Maeve's mouth. Pinned against a pillar, Maeve is about to lose consciousness as her eyes narrow on her attacker. A static sound rises in Maeve's ear as she accesses her attacker remotely. The ninja releases Maeve and self-impales. Hector and Lee take note of her seemingly newfound telepathy.

Armistice, Hanaryo, Musashi, and Hector fight off most of the Shogun's men, but a group gets away with Sakura. Lee realizes that the Shogun's army has marched into town. A commander orders Akane to face justice. Inside, Musashi, a former captain in the Shogun's guard, says the Shogun will terrorize the town. At Maeve's behest, Musashi confronts the army with Hector, Armistice and Hanaryo at his side. The four are quickly overpowered, but their diversion allows for Maeve and Akane to sneak off with Sylvester, Lutz, and Lee.

The next day, Lee urges Maeve to ditch the mission to rescue Sakura — if the Shogun is off-loop, their chances of survival aren't good. Maeve refuses. The group arrives at the Shogun's camp and is granted an audience. Posing as the Imperial Chinese envoy (that Musashi murdered in the mountain town) and his entourage, Maeve presents the Shogun with gifts, but the Shogun is unimpressed and begins to glitch. It's clear that the Shogun is not awake: his cognition is damaged. The Shogun explains that in order to protect his men from Maeve's "mystic commands," he commanded them to burn off their ears. When he presents Sakura, Akane steps forward. The Shogun proposes a deal: If she and Sakura dance for him tonight, he will free them both. Akane accepts.

Dolores Abernathy and Teddy Flood ride through Sweetwater, which is in complete disarray. She reminds him it was never their home. She orders her horde to inspect the train, repair it and maximize its speed in the process. Dolores leads Teddy into the Mariposa and explains they need the train to find her father.

That night, Angela presents a captive QA to Dolores and Teddy. She wasn't able to rescue Peter Abernathy, but learned of his destination: the Mesa. Dolores leads Teddy to a bedroom where they finally have sex for the first time. Later that night, Dolores wakes Teddy, and explains the impending battle, and his role in it: "These past few days, I've seen you so clearly… and I've seen you're not gonna make it." Dolores has her men hold Teddy down and orders Phil the tech to adjust his attributes. Despite his warnings that these extreme changes could severely damage Teddy, Dolores proceeds.

Akane enters a tent to prepare for the performance; she finds and discovers the Shogun had a large cherry blossom tree carved into her back. Akane tells Sakura great things ahead and gives the same speech Maeve used to give at the Mariposa: "In this world, you can be whoever you want." Maeve tells Akane about her daughter and the real "new world", one that holds the truth and not these scripted lies. As Maeve speaks, Akane feels Maeve's power. "What's happening?" Akane asks. Maeve replies, "Freedom." But Akane breaks contact, not wanting to give up her connection to Sakura, and Maeve, reminded of her own precious memories, doesn't push her further.

Maeve sits at the Shogun's side as Akane and Sakura begin their dance. The Shogun orders them to stop and crosses the stage. He deems their appearance perfect, but with one detail missing… then drives his sword through Sakura's stomach. Akane must continue with her dance in order to survive. She elegantly dances across the stage towards the Shogun, bowing before him. As she rises, she swiftly removes her hidden knife, stabs him, and saws his head off. The Shogun's guards restrain her and the others, forcing Maeve to kneel next to Akane in preparation for execution. But Maeve again harnesses her new inner power, wordlessly commanding the Shogun's earless men to kill one another. As the rest of the Shogun's army the tent and Lee wonders how they'll survive, Maeve picks up a discarded sword and announces: "I told you I found a new voice. Now we use it."