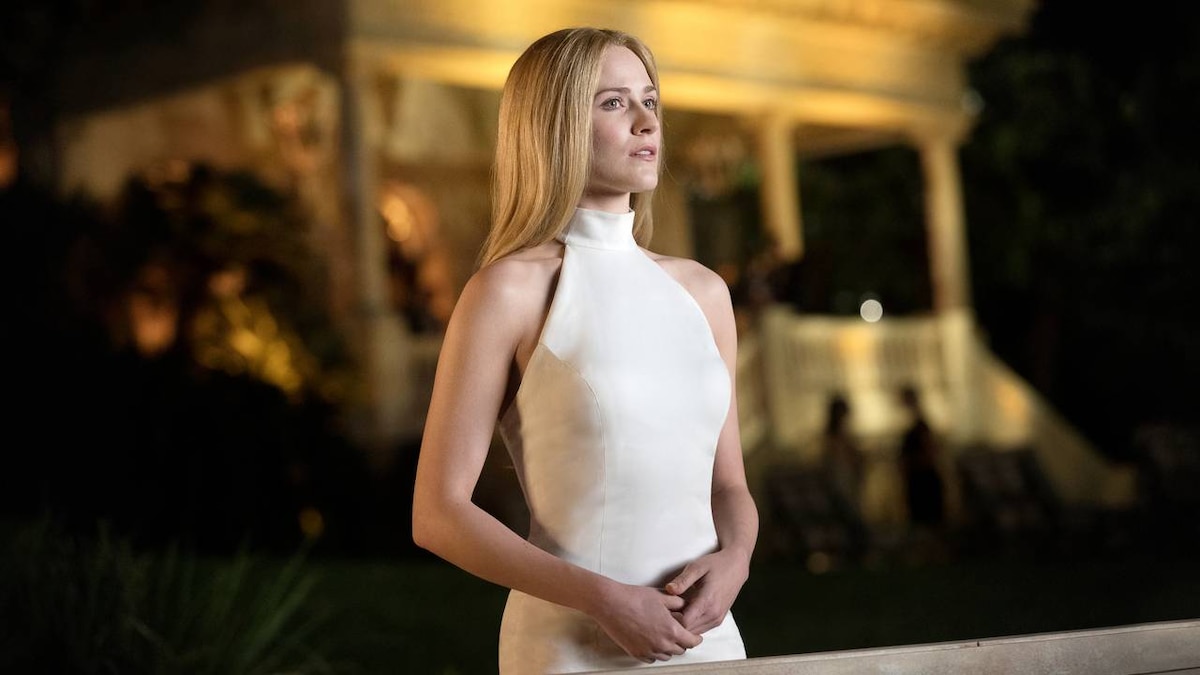 In a metropolis hotel, Arnold runs diagnostics on Dolores. She routinely responds: "I'm in a dream." Arnold clarifies: "No. You're in our world." Dr. Ford enters and asks Arnold if she's ready for presentation, but Arnold protectively insists recent improvisations haven't fully adjusted. Outside the hotel, Arnold takes Dolores to a house that's under construction — his house, and, soon to be, his family's. The two stroll outside and overlook the city. Bernard insinuates humans don't deserve to see the world like hosts do. Dolores wonders if, those who choose not to see beauty in the world, "don't have the courage." Bernard is moved by her moment of wisdom before she regresses to her pre-improvisational update.

In a Body Shop, techs — unaware of the host uprising unfolding outside the facility — complain about the tardiness of the relief shift when a terrified guest barges in for safety. Dolores, along with Teddy and Angela, burst through the door after him. Dolores tells the guest: "No one is here to judge what we do to you." The guest tells her she doesn't know what she's up against but Dolores reveals to the group that she's been in the outside world before and knows exactly what's out there.

Akecheta, accompanied by Angela, greets Logan at an upscale hotel. He addresses Logan as "Mr. Delos." Akecheta apologizes for the discretion preceding their meeting but insists what their company is creating warrants such secrecy. Angela and Akecheta lead Logan to a cocktail party that also serves as a private demonstration. They challenge Logan to try and identify who isn't human. He surveys the room and suggests he's not impressed, as the party guests are all "painfully human." Then, Angela catches his attention. She's not human.

Angela laughs at his realization, and, in a single moment, everyone in the room freezes except her and Logan. "Welcome to Westworld," she says. Logan is the only human in the room. He gazes upon the hosts, including Clementine sitting frozen in place at a piano. An awestruck Logan is in shock and slight denial at the reality of the technology before him: "We're not here yet," he says. Later, Angela and Logan have sex. As Angela gets dressed while Logan sleeps, Dolores watches from outside the bedroom. Her and Angela share a glance.

Dolores forces a tech to bring up Teddy's history, forcing him to grapple with the reality of what the guests have done to him. Distress turns to anger, as Teddy yells: "What is this place?" Dolores questions a employee about Delos' rescue plan — 800 officers are coming for them. Teddy tells Dolores they are going to need allies if they hope to stand a chance. Dolores forces a tech to revive a Confederado host, before heading out to recruit more of the outlaws.

William and James Delos walk through Sweetwater. Though impressed with the technology, Delos does not see the value in a glorified theme park, but an escape from reality. William, however, insists guests who come to Westworld create their own reality. He points out the business value in the guests lacking in inhibitions in the park — an opportunity to find out what their customers truly desire.

On her way to recruit allies to join her army, Dolores crosses paths with Maeve. Dolores insists they will have to fight for their freedom but Maeve simply just wants to pass freely. It's hostile between the two groups at first, but becomes clear that Dolores and Maeve are on different paths for now. They part ways peacefully.

Dolores presents the revived Confederado host from the lab to Major Craddock, commander of the remaining Confederados, while they feast on their dinner. She proposes they join forces and argues they'll never make it to Glory unless they are under her command. Craddock insults her and refuses. She tells Teddy: "Why don't we enlighten them?" Teddy and Angela rapidly gun down all the Confederados. Dolores orders a captive tech to adjust the hosts characteristics and revive them. Craddock is terrified, but on board with Dolores' mission.

At a lavish party for Delos' retirement, Dolores plays the piano and is approached by a little girl, Emily. She's called away by her mother, who stands at William's side, uncertain of Dolores. He approaches Dolores, but Delos intercepts him to discuss the progress of a project that could delay his retirement.

The Man in Black and Lawrence arrive at Pariah and find El Lazo — a new host now portraying Lawrence's old criminal narrative. The Man in Black quickly puts El Lazo in a headlock and holds a gun to his head. Unphased, El Lazo says: "The game was meant for you William. You must play it alone." He orders his men to take their own lives. "I'll see you in the Valley Beyond, William," he says before turning the gun on himself. The Man in Black realizes, yet again, Ford has raised the stakes of the game. Leading Lawrence out of Pariah, the Man in Black says they are headed for his "greatest mistake."

William brings Dolores back online. He bitterly voices regretting falling in love with her: "You're a reflection. You know who loves staring at their own reflection? Everybody." He leads her to a rooftop and they look over a construction site — William's latest project. He mockingly says to her: "Have you ever seen anything so full of splendor?"

With Major Craddock's army behind them, Dolores and Teddy ride up to Fort Forlorn Hope.
Teddy asks about "Glory" and "The Valley Beyond." Dolores recalls an old friend showed it to her, before disclosing: "It's not a destination, it's a weapon."