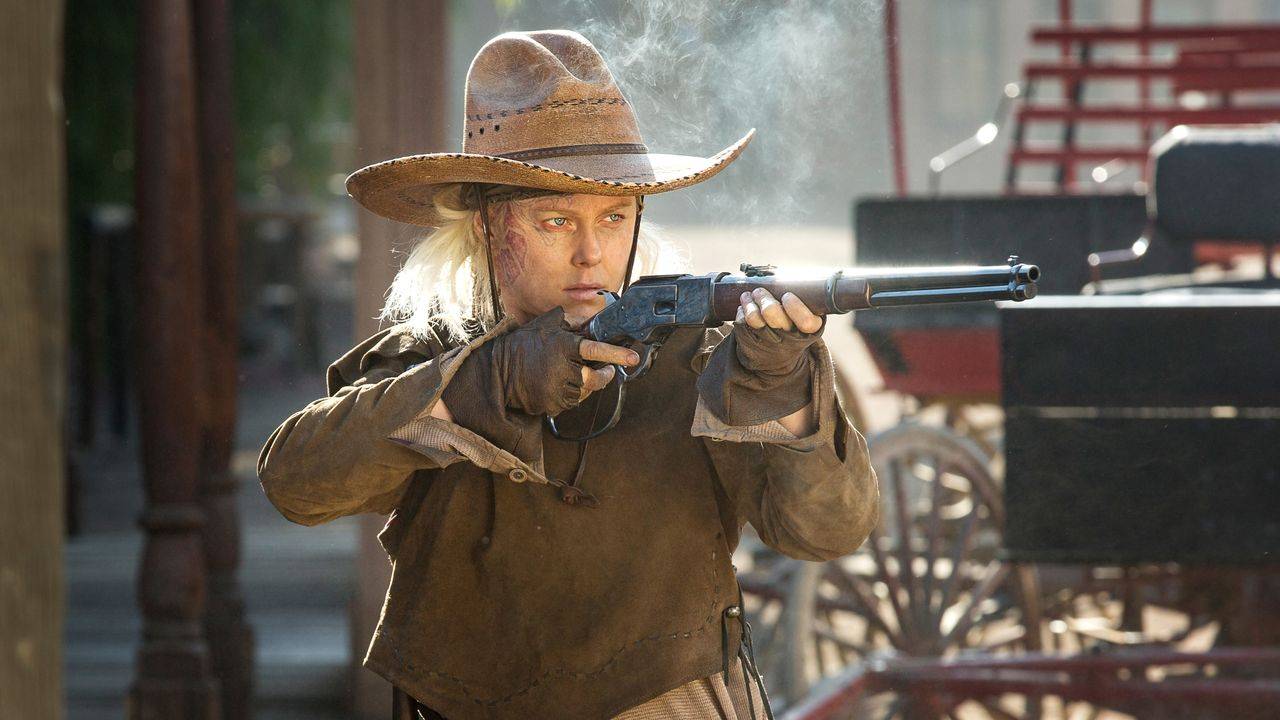 In a diagnostic session, Bernard asks Dolores why she ran from the ranch. She explains that even though her family is gone, she holds on to the pain of their loss. "I feel spaces opening up inside me," she continues, "like a building with rooms I've never explored." Bernard tells Dolores she can be free if she can find the center of the maze. Dolores wakes up at William and Logan's campsite, gun in her hand.

Maeve chats with Clementine at the bar when she starts to bleed into a memory of a previous attack on the brothel in which both she and Clementine were killed. Visualizing the clean-up crew and details of her own physical repair, Maeve snaps out of her trance and runs home to examine the site of her wound. She furiously sketches her memory of the clean-up tech and opens the floorboard to store it—and finds a stash of identical sketches.

In a post-mortem session with the woodcutter, Elsie attempts to troubleshoot the stray host's aberrant behavior, but Theresa does not buy it. She opts to have QA take over the investigation, infuriating Elsie, who in sidebar with Bernard expresses concern that they are ignoring a potential larger problem at hand.

At the campsite, William tries to convince Logan to take Dolores back to Sweetwater, but Logan wants to see the bounty hunt through. Logan admits the trip is as much a business matter as a chance to welcome William to the family.

The Man in Black, who has been killing snakes in search of answers, relentlessly pursues the maze with Lawrence reluctantly at his side. Approaching a clearing, the Man notices Armistice bathing in the river and realizes her tattoo might be the snake he is after. He and Lawrence earn a spot in her posse when he takes out two of her men.

A tech notifies Stubbs that Dolores has strayed from her loop and in the chaos of Ford's new narrative, it's unclear if she is accompanying a guest. Dolores wanders through Las Mudas and finds Lawrence's daughter drawing the maze in the dirt with a stick, blurring Dolores' memories with the present. A sheriff host attempts to bring Dolores back to her home in Sweetwater until William steps in and says she's with him. Back at the camp, she apologizes to William for causing problems with Logan and tells him she feels like something is pulling her toward where she needs to be.

nother guest in Armistice's camp thanks the Man in Black for the work his foundation does in the outside world, but the Man resents the intrusion. Briefed on Armistice's mission, the Man offers to take it on in exchange for the story behind her tattoo. He rides off with Lawrence and the two are promptly arrested; the Man in Black is placed in a cell with Hector, while Lawrence faces a firing squad. Using pyrotechnic effects, the Man busts Hector out of jail and rescues Lawrence. The trio returns to Armistice, who explains her tattoo is colored with the blood of the men who attacked her town as a child. Wyatt is the only man she has yet to track down.

Maeve picks up a kachina dropped by a Native American girl whose community is passing through Sweetwater. Struck by the doll's resemblance to the clean-up tech, she tries to get answers from the little girl, but is met with silence.

As Theresa readies to leave Bernard's apartment, she gets a quick lesson from him on how to handle the Ford and the board. After visiting the construction site of Ford's new narrative, Theresa sits down with him at the Agave Plantation where Ford makes it clear he knows — and controls —everything.

William and Logan capture Slim Miller in a saloon, while Dolores waits outside. When he hears Slim answers to El Lazo, Logan shoots the bounty hunter so Slim can take them to Pariah. The Man in Black and Lawrence find Teddy, badly injured and tied to a tree. They ignore his pleas to be put out of his misery, and cut him down.

Hector and his gang ride into town and ambush the Mariposa to steal its safe. Maeve ushers Hector upstairs and agrees to give him the safe's combination in exchange for some answers. She hands him her sketch of the clean-up tech and Hector tells her he is a shade, the man who walks between worlds in native folklore: "They were sent from hell to oversee our world." Grabbing Hector's knife, Maeve presses it against her abdomen and asks him to find proof she was shot. When he does not follow through, Maeve cuts herself open and Hector digs inside until he finds a bullet. Maeve holds it up as proof that her memories are real and that she has died before. Innervated by the discovery, she pulls Hector in for a kiss as the sheriff's bullets fly through the door. 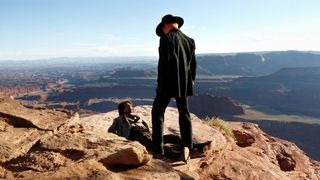 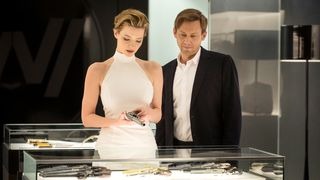 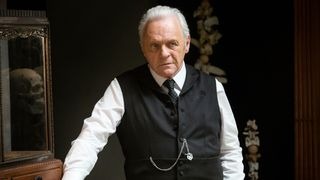 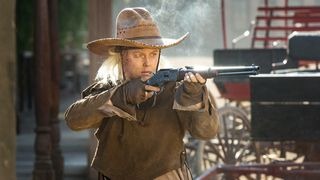 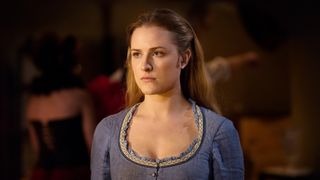 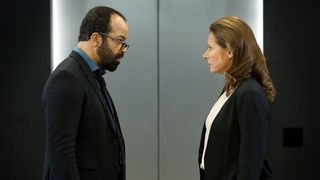 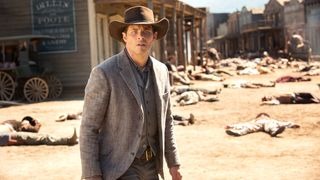