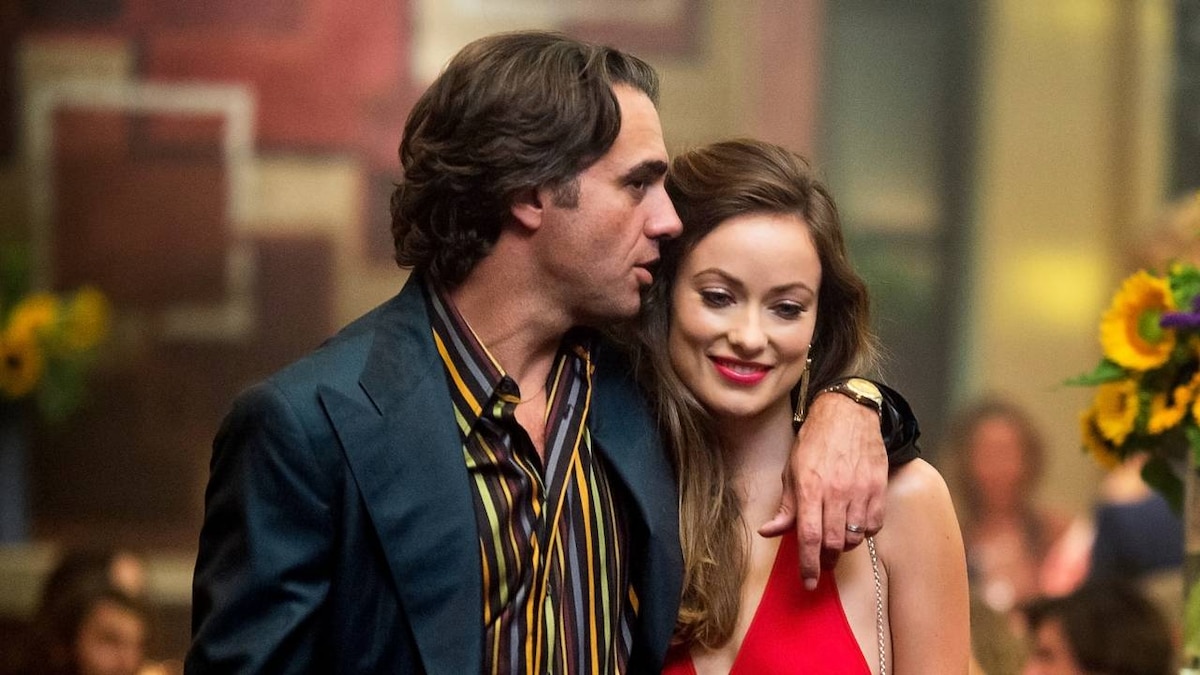 He in Racist Fire

At the end of the allotted two weeks to find a new act, Clark presents Wizard Fist, a band he saw perform at a Renaissance Fair. Richie and Julie are far from impressed, and Julie fires Clark the following day. Clark bursts into tears and begs to keep his job. Feeling sorry for him, Julie offers him Jamie's job. Clark reluctantly accepts the demotion.

Following the A&R showcase, Richie takes a call from his father, who confirms he gave the cops Richie's alibi. He tells his son the police made him look at the brutal photos of Buck's body, but Richie assures him it was an accident. Not wanting to discuss it further over the phone, Richie tells his father to come into the office the following day.

Richie and the other American Century execs meet with Kip to discuss Nasty Bits promotion. Kip balks at their requests to meet with radio DJs and to provide a biography for himself. Feeling cornered, Kip demands Jamie join the meeting, and she quickly calms him down. The peace doesn't last long; Richie tells Kip he needs to fire one of his guitarists, specifically his lead, Duck. When Kip refuses, Richie reveals the Nasty Bits are set to open for the New York Dolls at the Academy of Music in a month, but only if he follows Richie's orders.

After the meeting, Richie confronts Cece about spending too much time with Hannibal. He reminds her the singer is already married, and won't leave his wife for her. She's momentarily chastened by the news, but recovers quickly and informs Richie that Hannibal is giving serious thought to Koronet Records because he likes their Public Relations rep Andrea Zito. Richie suggests a double date -- him and Devon, Hannibal and Cece -- to help keep American Century from going under. After Richie calls Devon and gets her to agree to the "date," he calls Andrea Zito and invites her to lunch.

Jamie asks Julie if she's getting promoted -- she signed the Nasty Bits and Clark is the new errand boy. Julie tells her no; she's to work with the band like any A&R rep would -- in addition to her regular job. "We're barely hanging on here," he points out.

Richie meets with Andrea Zito. When she declines to meet him and Devon for a drink before their dinner, the two start fighting about their past relationship. Andrea accuses Richie of treating her like "a hand towel." Richie balks, and Andrea reminds him, "It was my idea to f**k you, sweetheart. It wasn't my idea to clean your bathroom." Relenting, she lets him pitch her. He wants her to head his publicity department, but Andrea isn't interested in a lateral move -- she wants a partnership stake. When Richie won't budge, she wishes him well and walks away.

Jamie has lunch with her mother, Mrs. Fineman, the woman who called the cops on her at the restaurant supply warehouse. After Jamie hands over her warehouse key, she tries to impress her mother with news of a promotion, but Mrs. Fineman doesn't care -- she thinks Jamie is an embarrassment.

Richie returns to American Century to find his father holding court with Penny, Marvin and Cece. After an argument, Richie explains why he needed his father to provide an alibi: Buck was a friend and made his final phone call to Richie before disappearing. It's an unfortunate coincidence, but Richie doesn't cop to the murder. After his father leaves, Richie rushes to his desk and writes down the name of his new sub-label: "Alibi Records."

After laying down some tracks at the Electric Lady recording studios, the Nasty Bits break for dinner. Kip can't bring himself to fire Duck from the band and leaves Lester to do the dirty work. Jamie follows Kip back to his apartment, but rejects his advances. Feeling down about both Jamie and Duck, Kip pulls out his heroin kit, and tells Jamie he can't face an audience without Duck. She closes his kit and puts her arms around him. Kip has her, she reminds him, and she isn't going anywhere.

Richie, Devon, Cece and Hannibal have dinner at Chalet Suisse, though Cece watches with growing disappointment as Hannibal flirts with Devon, who, hoping to secure Richie a contract renewal, flirts back. The foursome head to a hotel room afterwards, where Hannibal and Devon dance intimately. Unable to tolerate their grinding any longer, Richie jumps up and announces that he and Devon have to relieve their babysitter.

In the hotel elevator, Devon and Richie kiss passionately and Richie slips his hand under her dress. He pulls it out suddenly, discovering that Devon is already aroused. He accuses her of wanting to sleep with Hannibal, but Devon fights back. "You served me up on a goddamn platter," she shouts. "I was bait so he would sign. Everyone in the room knew that." When Richie coarsely accuses Devon of eyeing Hannibal as her consolation prize because he didn't sell the company, she slaps him and storms off.

At an NYPD precinct, the two cops who questioned Richie about his connection to Buck Rogers listen to a tape of Richie and his father talking in his office. Richie is clearly involved, but doesn't say anything incriminating.

Richie drives around the city with Leo, looking for Devon. When the car phone rings he answers, believing it's her. Instead, it's Jackie Jervis crowing about signing Hannibal.

Richie finds Andrea Zito at a Lou Reed concert and begs her to come back to American Century. Andrea pushes him to explain why he chose Devon over her; Richie cracks and admits it was because Devon was more beautiful. Thanking him for his honesty, Andrea agrees to consider his offer, if he gives her a stake in the company and doesn't treat her like his mother or "an extra wife." She heads back into the crowd, telling Richie to work things out with her lawyer.