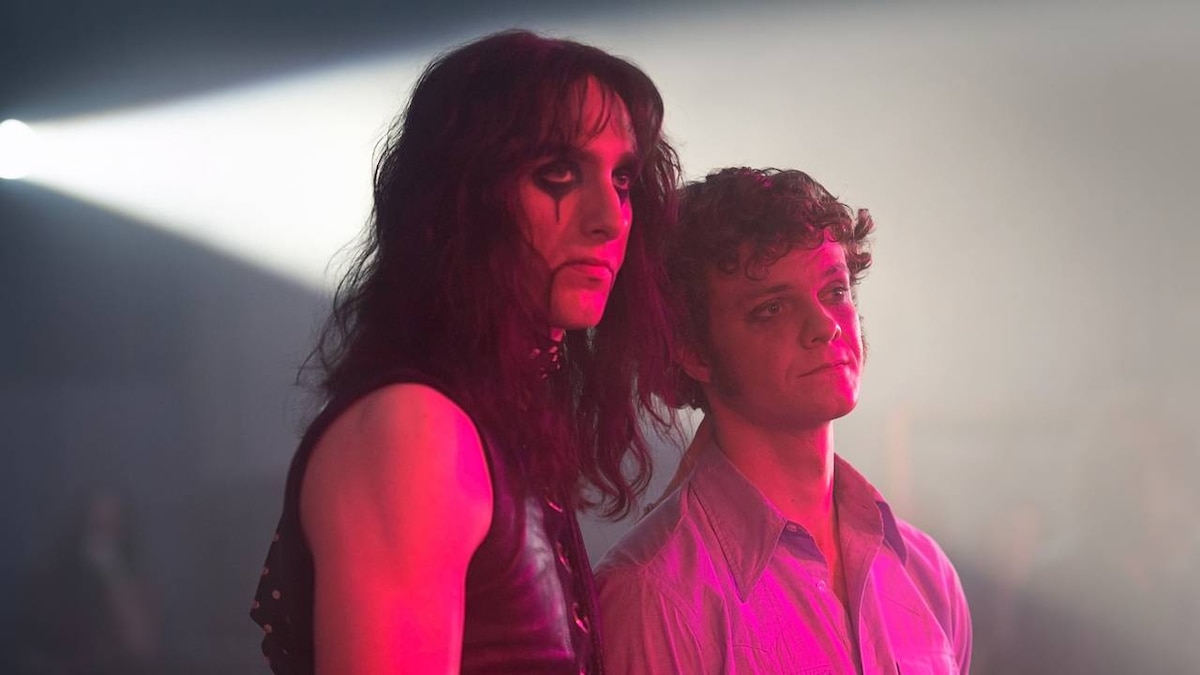 At a banquet honoring Richie's mentor Maury Gold, Koronet Records head Jackie Jervis roasts the guest of honor, as well as other record executives in attendance. Jervis cracks a joke about Richie not selling the business -- news to Devon. She confronts Richie, who attempts to blow the remark off as "a bit." When he refuses to discuss it further, Devon snatches a glass of wine off a tray and takes a swig.

Richie corners Jackie, demanding to know where he got the information about American Century. Jackie points him to his "PR chick," Andrea Zito, who tells Richie she heard it from her "nail girl, Eva Braun." Jackie gloats about singing Dusty Springfield, a former ACR artist, and that another, Hannibal, is having lunch with him. Spotting Maury heading to the men's room, Richie excuses himself and follows him in.

Richie tells Maury about his visit from Det. Voehel, who was fishing for information about his connection to mobster Corrado Galasso. Gold dismisses Richie's concerns, as well as his new vision for American Century. "Those assholes out there? They don't give a shit about music. That's why they make money," Maury says. "I don't know why I even bother with you."

Richie recalls his previous night's tense reunion with Lester Grimes. After some awkward small talk, Richie hands him a package of blues recordings Lester made years ago after his Little Jimmy Little sessions. To make amends for the past, Richie pitches him on releasing them as an album. Lester is incredulous: "I lost my voice because of you," he says. "My mother died three years back, I couldn't even sing at her funeral." He throws Richie out of his apartment and tells him to stay away.

The next day, in Greenwich, Devon tours a dilapidated barn with her fundraising partners Gloria and Allison, as well as Libor Zuska, the head of an Eastern European modern dance company they hope to install in the revitalized barn.

Cece gives Richie his messages on his way into American Century, including one from Joe Corso. Rattled, Richie locks himself in his office and quickly does a line of blow and takes a slug of liquor. Thus armored, he heads into a meeting with the other partners to discuss which acts they'll be cutting. The other guys are still fuming about the wrecked deal with PolyGram and an argument breaks out about their lack of money. Richie suggests Robert Goulet, an ACR artist, record a Christmas album for them -- easy money.

Clark sits through a painful recording session with England Dan and John Ford Coley. En route to the men's room, he bumps into Alice Cooper and introduces himself as an American Century employee. Recognizing ACR as "Richie Finestra's outfit," Alice hears out Clark's suggestion he sign him as a solo act because "the band's just a bunch of guys standing behind Alice."

The Nasty Bits rehearse the Kinks song Julie assigned them at a restaurant supply warehouse. Julie loves it but Jamie feels the Bits lack their usual energy and appeal. The practice grinds to a halt when a middle-aged man and woman (whom Jamie clearly knows) walk in. After locking eyes with the woman, Jamie insists they leave immediately, and the woman calls the police to report a break-in. "Five hoodlums with guns," the woman tells the police. "And a blond prostitute." Jamie, Julie and the Bits all run off.

Richie meets with Hal Underwood, his head of PR at ACR, to discuss how to spin the news of the scrapped PolyGram sale. Richie also reveals he's starting a sub-label, and tasks Hal with marketing it as the "sound of the future." Joe Corso unexpectedly shows up with his new girlfriend Nora, a singer that Corso is grooming. After some small talk, Corso ribs Richie, saying he is as difficult to track as a "buck." Corso hands Richie Nora's demo tape, implying he owes Corso a favor given recent events.

Clark attends a wild party with Alice Cooper. Alice gives Clark a litany of grievances with his bandmates as well as the group's image and current record label. Clark assures Alice he'd never have those problems at American Century. The two talk and drink well into the night, and a wasted Clark follows a surprisingly sober Alice for a round of golf the following morning. Alice worries about his bandmates' reaction to his going solo and Clark promises to handle all the messy details.

Devon tells Richie that Gloria wants a $10,000 dollar check for their fundraiser while they get ready for bed. Richie hedges, despite Devon's reminder that it's half of what they agreed to give. They argue about how Richie claimed nothing would change, and he further enrages Devon when he belittles her work. Stung, she points out the dance company is the only bone he threw her when she told him she needed a life outside of their home and the kids. "Go play with the dance troupe, Dev," she mocks. "They need your brilliant fucking strategizing!"

To raise money, Devon takes Andy Warhol's portrait of her to the artist's factory and asks him to sign it. While Devon sits for a screen test, Andy coaxes the truth out of her. Seeing how much the request pains her, Andy agrees to sign it and sweetly jokes that he could also sign her dress -- people will buy anything with his signature on it. When Devon presents the portrait to the fundraising group, she's devastated when only Allison recognizes her as its subject.

Maury Gold and Corrado Galasso drop in on Richie at ACR unannounced. Richie assures them he played dumb with the detective. Fears assuaged, Galasso thanks Richie and tells him he heard he's going through some rough times with the company, and he'd be happy offer Richie a "bridge loan" if need be.

Clark, still tracking Alice, sits in on an Alice Cooper band rehearsal, where he watches their special effects guru, The Amazing Randi, test the guillotine for their stage show with a watermelon. Alice introduces Clark to the band and "accidentally" reveals that Clark wants to sign him solo and that he called the rest of the group "a bunch of schmucks who stand behind Alice." Locking Clark into the guillotine, Alice recalls how Richie screwed the band over by making them fly out to a meeting, then stood them up. Clark, fearing for his life, reminds Alice that he's not Richie. "That's right," Alice says. "And I'm going to make sure you never will be." Randi drops the blade, and Clark is released -- safely -- into the basket below.

That night at a venue, The Nasty Bits perform their Kinks cover for Richie, Julie, Jamie and a small audience. Richie hates their polished sound and berates Julie and Jamie for turning them into "oatmeal" – this is not the band he heard on the demo tape. Upset, he leaves, not wanting to sign them. Quickly, Jamie rushes the stage, chucks her beer bottle at Kip, and demands they play a different song. While leaving, Richie hears the new song and returns to the performance. As the crowd goes wild, Richie tells Julie to buy the band a round of drinks after their set -- he's signing them.

Richie returns home and discovers Devon's Warhol portrait missing from their bedroom. He takes a call from Joe Corso who tells him not to panic, but the cops found Buck Rogers' body.