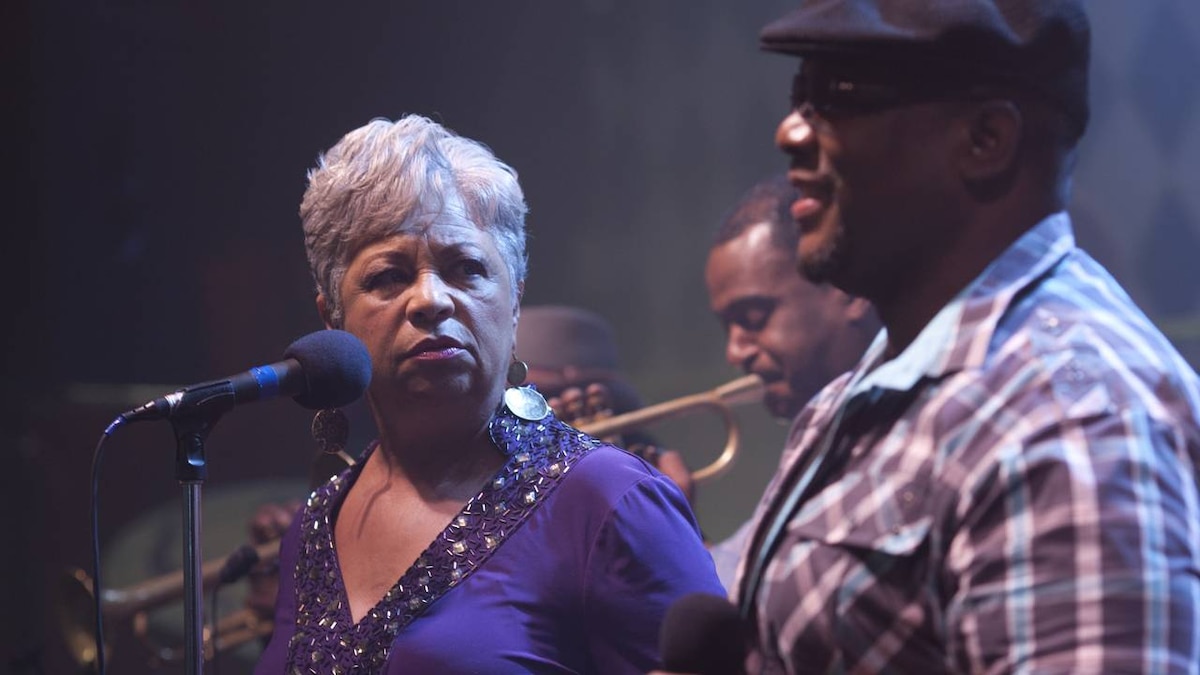 That's What Lovers Do

A memorial for Harley Watt brings together Davis McAlary, James "Slim Jim" Lynch Coco Robicheaux, the Rev. Goat Carson and Susan Cowsill. "None of us really knew much about him," Annie says. "Where he came from, who his family was, if he had a family."

Did anything of note happen at the Robideaux's supermarket in the aftermath of Hurricane Katrina? No, a New Orleans police officer tells Toni Bernette. Is there a connection - a police connection ­- between the shooting of Joey Abreu and the shooting of Leon Seals in the Iberville public housing development? No, says Lt. Terry Colson, and he should know: He's been looking through the files himself, after hours, when no other officers are around. In his new job in the homicide division, Colson realizes that the detectives focus more on their private security jobs than on their police work. That there is so little evidence in the files on these two cases suggests that no one has even attempted a serious investigation.

Antoine Batiste is doing right by the young people. He catches up on his child support payments and he recruits one of the trumpet players from his band, Mario Abney, to give lessons to Robert, the promising student at Theophile Jones Elie Elementary School. It's a shame adults aren't so easy to get along with. Wanda Rouzan storms off stage, mid-gig, tired of Batiste's antics. LaDonna Batiste-Williams isn't impressed that Batiste has paid up his child support. But then again, she's easy to anger and difficult to love these days, as her mother, children and husband can attest. It doesn't help that she's put the bar on the market. Alison Myers is revealed to be dating bass man Cornell Williams. At his suggestion, she steps in as Wanda's temporary replacement.

D.J. Davis is still the leader of The Brassy Knoll and an equal partner in '58 Mercury Monterey Records, but his fellow band members think Alex McMurray is a better guitar player. And Aunt Mimi and Don B. think one of Davis' tracks should be removed from the record label's debut CD in order to make room for 'The True,' by Lil Calliope.

Bluesman Chris Thomas King plays a homeowner who knows it's foolish not to sell his house to Nelson Hidalgo. Something's up, but what? Hidalgo gets a sense of what's to come at a Rosie Ledet performance. There he learns from C.J. Liguori that the City of New Orleans and the State of Louisiana are going to be the "end users" of the properties they have been buying.

There will be no royalties realized on the jazz-Mardi Gras Indian fusion record that Delmond and Albert Lambreaux are recording. So says Delmond's manager, James Woodrow. Delmond then asks Woodrow to loan him some money. The money will go straight to Albert, who will be told that it's a royalty payment. That way, the elder Lambreaux will have some money to fix his house. If all goes well, he'll think it's royalties from the record, not charity from his son. Speaking of the record, after moving the recording session from New York to New Orleans they finally get the sound that the big chief has been looking for.

Sonny is moving forward on all fronts: He's bought his own musical equipment and seems to have impressed Linh, the fisherman's daughter with whom he's smitten. Now he needs to get the fisherman to agree to let them date. When Sonny returns the equipment he borrowed from Harley, Annie mentions the picture she saw at the Ogden Museum of Southern Art of him rescuing a child during the post-Katrina flooding.

Janette Desautel (Kim Dickens) has found her groove at Lucky Peach. Chef David Chang is so impressed with the rice waffles and fried chicken she made for the staff, he invites her to cook special, after-hours meals at the restaurant. Chef Donald Link, visiting from New Orleans, is also impressed.

Dooky Chase is serving gumbo z'herbes at the refurbished restaurant for the first time since the federal levee failures. But the talk over lunch is of federal investigations into corruption in the administration of former mayor Marc Morial. Toni is relieved to learn that City Council President Oliver Thomas is not considered a target. As per her lawyer's suggestion, Sofia Bernette has started working at a coffee shop in Faubourg Marigny. She likes it and even tells her mother so in one of the few civil moments they've had lately. But can she resist the many temptations there?

Harley's sister Lucinda collects his things from Annie. In the process she explains a few things about her late brother: Turns out he was from Bellingham, Washington, not Waco, Texas.