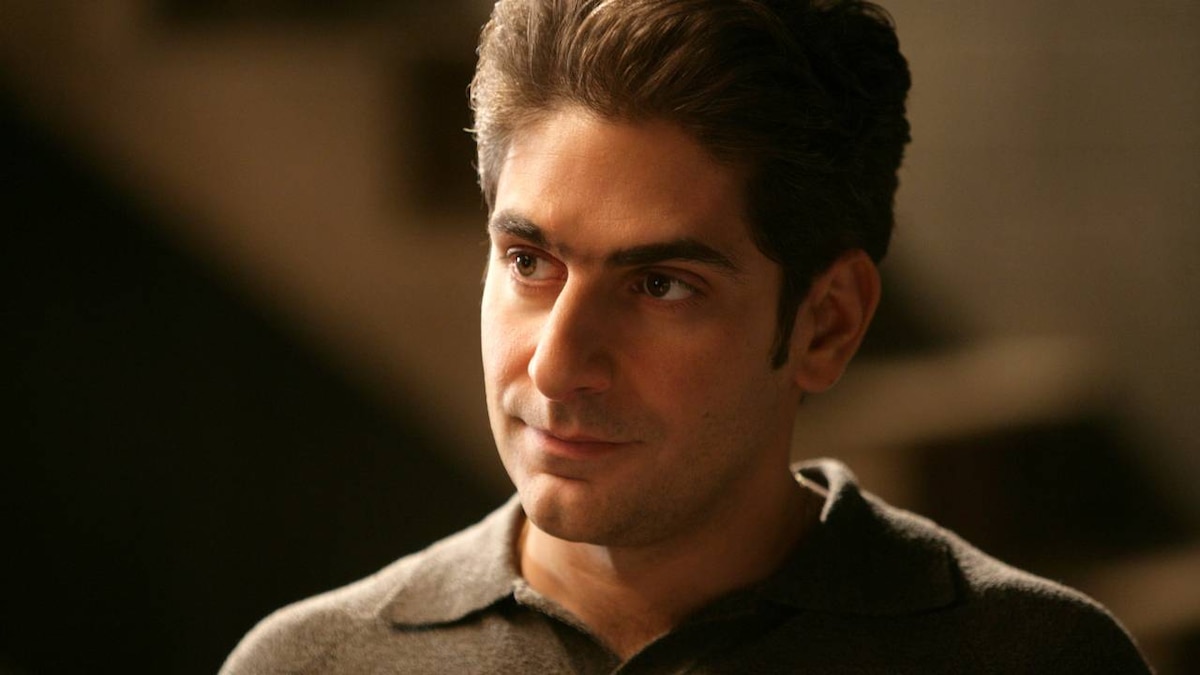 One second you're sitting there enjoying a ride with your family, the next your entire world comes crashing down.

Paulie's in charge of running the annual Feast of St. Elzear. When he and Patsy stop by the church to arrange things, new priest Father Jose tries to negotiate a higher fee for the parish. When Paulie balks, Father Jose refuses to let them use the Saint's gold hat, a traditional part of the statue's garb. "F$#% the hat," Paulie decides.

Christopher shows up at the Bing sporting a wedding band and springs his news on the guys. Silvio orders champagne all around. "Just water for me. My son'll be my strength," says Christopher.

On the way home from a business trip to Pennsylvania, Tony and Christopher get lost. Stopping to pee in what he thinks is a deserted parking lot, Tony spots some Bikers stealing crates of wine from a liquor store. Alerting Christopher, the two wait until the Bikers head back inside, then start robbing the robbers. While they're loading Tony's Escalade with wine, the Bikers reappear and a shootout ensues.

Tony and Christopher escape, stopping at a steakhouse to celebrate their caper - and enjoy some stolen wine. Over dinner, Tony talks Christopher into having a glass. "Discipline, that's all," Christopher rationalizes. But the pair get drunk and outside in the parking lot discuss their enduring bond. As they reminisce, Christopher flashes back to the day he showed up at Tony's house to tell him Adriana was ratting to the Feds

The next day, Christopher and Kelli buy a house

With the Feast of St. Elzear in full swing, Tony talks to Phil about an opportunity to unload a stolen semi-trailer full of multivitamins. He'll split it 50/50-but it has to happen that night. Phil agrees, but wants to "spare John the stress of having to hear about this."

While at the feast, Carmela spots Ade's mother Liz LaCerva working at a booth. Depressed and unkempt, Liz tells Carmela her theory that Christopher killed her daughter. Meanwhile, Christopher meets up with heroin addict Corky to give him the other half of his payment for setting up the Rusty Millio killing. Watching Corky shoot up, Christopher succumbs to temptation and indulges also. High on smack, Christopher enjoys the lights of the feast.

Next day, as the procession begins, several parishioners remark on the absence of St. Elzear's traditional gold hat. Back at the Soprano house, Carmela tells Tony that Liz thinks Christopher killed Adriana. Tony says that's insane. "Let me school you on domestic violence," he says. "First and foremost, there is always a body."

At the feast, Paulie gets word from his urologist that he needs a biopsy for prostate cancer, news that he doesn't take well. Later, Janice takes baby Nica on the tea cup ride, which malfunctions, giving another child a bloody nose. Home that night, Paulie hears of the accident, but decides to let Little Paulie handle it.

During Sunday dinner at the Soprano house, Janice chides Bacala, accusing him of inaction in dealing with the ride's owner. But when Bobby confronts the guy, he learns that Paulie refused to spring for a repair crew or rent out the newer, safer rides.

Bobby confronts Paulie at the feast's cannoli eating contest: As the guys hold them apart, Bacala screams that his baby girl was on that ride. "Everybody wants to get rich, but you don't scrimp on safety!"

In Melfi's office, Tony muses about all the people lining up for rides. "They pay money to almost puke." She asks if he's bored. He claims he still feels every day is a gift, but "Does it have to be a pair of socks?"

At the feast, Paulie calls in for the results of his biopsy, but they're not in yet. When he runs into Nucci, she chastises him for skimping on the safety of the rides, pointing out that it was also a sin to let St. Elzear go without his gold hat.

At Christopher's post-wedding bachelor party, tensions run high between Paulie and Bobby, who excuses himself early. In the men's room, Tony corners Paulie, tells him to settle things with Bobby. Paulie agrees, but confides he's worried about his biopsy results. "It could be cancer." Tony is sympathetic, but warns him: "Don't go workin' yourself into a state like you do."

In the Soprano house basement, Christopher shows up as Tony uncrates some stolen wine. They try to bond, recounting their adventure with the Bikers, but their attempt at camaraderie falls flat.

At home, Paulie tosses and turns, then calls his urologist's answering service in the middle of the night. Frustrated and panicky, he is informed his doctor is out of town.

Early next morning, Paulie shows up at the Bing for a meeting - and has a vision of the Virgin Mary hovering over the stage. Shaken, he retreats to the back room.

At the feast, baby Nica cries, clamoring to go on the tea cup ride again. Uncle Tony placates her, picking her up into his arms, swinging her around as she giggles and laughs.

At Green Grove, Nucci gets a visitor - it's Paulie. She lets him in, but tells him she doesn't want to argue. He doesn't either-together, they sit, reconciled as they watch Lawrence Welk.